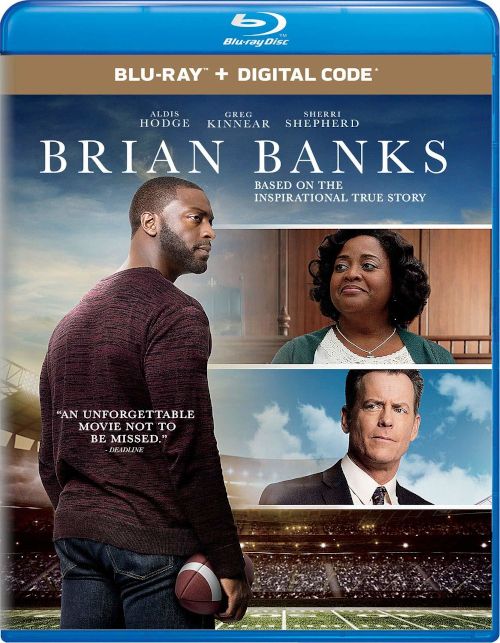 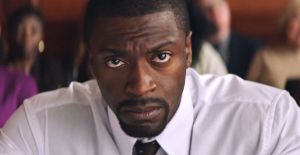 Movie
Modern day biopics about people are hit or miss, with some being highly emotional and powerful stories, while others tend to be bland and boring in their narration. Brian Banks was actually a story that I had remembered hearing about years ago when discussing the infamous Duke University rape case that was so widely publicized. I still knew very little about Brian and his story, but just that he was one of the most highly publicized cases when it came to judges looking at wrongly imprisoned victims of sexual assault charges at the beginning of the 21st century. Looking into the story a bit more I became fascinated with just how BADLY the system had let down this young man (no DNA evidence, prosecutors didn’t even investigate the location properly, her story kept changing etc etc etc), and he was bullied into a plea deal that ended up costing him 11 years of his life, and not just 11 years, but 11 of his YOUNGEST years when a person makes their entrance into adulthood! The film itself is simple and straight forward, with a stereotypical ending (we all knew how this would turn out in hindsight), but it features a couple of really strong performances and a capable script that ended up making the film very worthwhile to watch.

Brian Banks (Aldis Hodge, of Leverage) was originally convicted in high school for raping fellow classmate Kennisha Rice (Xosha Roquemore), and sentenced to 6 years in jail, and a subsequent 5 years probation for a crime he swore he never committed. The film picks up as he’s ending his probation and trying to get his life together. Brian was originally a football star who was going places, but his conviction pretty much ended that dream for a while. Now he’s trying to train his best for the (now defunct) UFL tryouts when a new law in Long Beach is written into existence. It places an ankle monitor with GPS tracking onto every convicted sex offender on probation, effectively killing his chances of training for the NFL (or UFL at the time). Feeling betrayed and angry that even on the outside he’s being held back and punished for a crime he didn’t commit, Brian reaches out to the California Innocence project (a pro bono establishment founded by Lawyer Justin Brooks designed to help people who are wrongly convicted of a crime) in hopes of finally taking this millstone off his neck once and for all.

At first Justin (Greg Kinnear) doesn’t want to take Brian’s case due to the fact that Brian is technically “out” of the system, but after being hounded by the desperate young man and watching his tenacity at trying to get his conviction overturned, the lawyer (with some pushing from his associates) decide to start digging into the situation. Turns out that Brian had a near win case for himself years ago. There was no DNA evidence that he raped this girl, there was no evidence of him dragging her down there like she claimed, Kennisha’s story constantly changed, but for some reason his lazy public defender pushed a plea deal on the 16 year claiming that the all white jury would just convict him if he tried to defend himself on trial. Bit by bit Justin Brian began to turn up JUST the amount of new evidence needed to try a hail Mary pass. Get the judge who originally convicted him to overturn the decision based upon evidence that Kennisha’s story was inconsistent.

Now, we all know the outcome of Brian Banks. A true life story about a boy wrongly convicted doesn’t end on a sad note. Every audience member knew he was going to be exonerated by the time the credits rolled, but it’s really the journey on how he got there that makes this movie worth watching. The script itself is rather basic and straightforward, and really doesn’t have a whole lot of narrative twists to it. But the writers have a good handle on the actual legal basis for all of Brian’s issues and pleas to the courts, making it solid and compelling enough to not fall apart under scrutiny. The real pull for the movie is threefold. Aldis Hodge, Greg Kinnear, and Sheri Shepherd. Sherri is probably most under rated as Brian’s mother, and she acts as a powerful emotional focal point for the audience. Kinnear has long since lost his luster as the leading man in dramatic films, but he’s on top of his game here, making Justin likeable and a force to be reckoned with at the same time. HOWEVER, the real star of the movie is the lead. Aldis Hodge was great in Leverage, but has been pretty low key as a leading man ever since the show ended. Here he turns in the performance of his career so far, allowing Brian to come across as emotionally multi-faceted. You see the raw pain and emotion on his face, changing from agony, terror, depressed acceptance, and timidity during the film. My only real complaint about the movie itself is that it can be a bit emotionally manipulative with some of the speeches, AND that using 30+ year old actors as their heavily muscled adult selves AND just changing their outfits and hair dos to turn them into teenagers was blatantly obvious and a bit cheesy.

Rated PG-13 for thematic content and related images, and for language

I could find NO evidence of what cameras were used for the shoot, or what resolution the master was struck at, but I’m willing to bet that this is a digitally shot production (pretty much only higher budgeted niche films use ACTUAL film stock anymore), and the mater used looks very good on Blu-ray. The 2.39:1 framed image is crisp and digitally sharp, with a fairly neutral color grading that leans a bit towards browns in it’s visuals. There’s a bright and sunny glow to the picture, giving very warm outdoor daylight shots, and the interior shots are a bit more dim and earthy in tone. Fine details are more than acceptable, with good facial details shown, as well as the stitching on Brian’s jersey in the background, or the sea of faces in a court room. There’s some some source noise in the lower light sequences, and the sunny glow can look a teensy bit soft in some scenes, but otherwise this is a very capable looking Blu-ray encode.

The 5.1 DTS-HD MA track is really pretty predictable for a drama like this. The movie is EXTREMELY front heavy most of the time, and a very quite film by nature. Sometimes a bit TOO quiet as I found I needed to turn up the volume a bit to get to more agreeable levels. Vocals are crisp and clean, but I found they were recorded a bit low and needed a few DB boost. Surround are used in the football games as well as during the crowded court room, and the same goes for the LFE, but this is a VERY front loaded mix that really lives in the front three speakers for the most part.

• The Story Behind 'Brian Banks

Brian Banks is a good film, I will tell you that. It’s not perfect, and it has a few low budget flaws, but the 3 main leads turn in fantastic performances that elevate the film about what it could have ended up without their inclusion. Aldis Hodge turns in the performance of his career, and the predictably happy ending film is emotionally stirring and quite powerful in many ways. If you can get past some of the syrupy and stilted speeches given, the movie is quite good and well worth watching. Universal’s Blu-ray looks and sounds good, but has pretty much no extras outside of a less than 2 minute featurette, but don’t let that stop you from enjoying what is otherwise a very good film.

Not sure about the cover art on this one... makes it look like a made-for-TV release. ;-)

yeah, the cover art is weak, but the movie is much better than expected. I totally expected a boring movie just from the cover alone lol
J

Thanks for the review. My wife and I prefer to watch movies that have a story line, so I appreciate you reviewing all types of movies, not just HT sound system stress-test movies (although I do enjoy some of those). We'll have to check this one out.