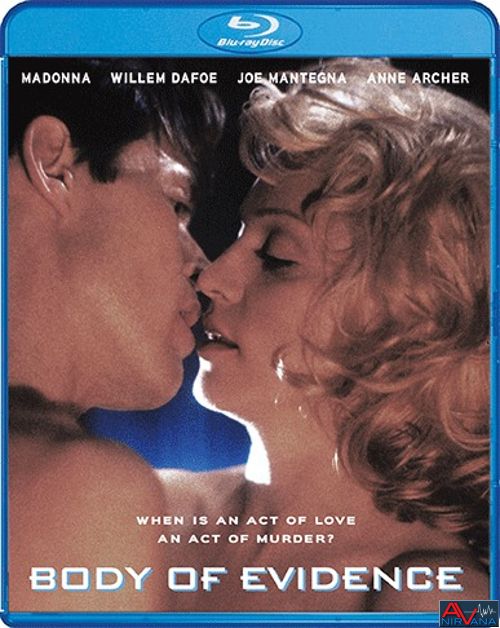 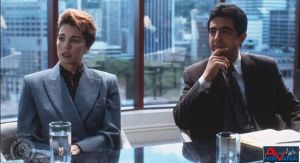 Movie
1993’s Body of Evidence goes down as being one of the worst movies of all time, starring lots of unintentionally hilarious boudoir scenes, Madonna acting as wooden as she always did on screen, and Willem Dafoe hamming up like The Green Goblin. It’s a glorious mix of a bad idea that should never have happened, crummy direction, and overusing the Femme Fatale cliché to the max. Honestly, I almost view the movie as a comedy, as I’ve seen a LOT of comedies that had less laughs than this cinematic abortion. Falling into the Basic Instinct thriller category, it just can’t muster enough seductress to be titillating, enough mystery to be unpredictable, and good enough acting to at least make the movie palatable. Yet, with all that said, I still semi enjoy the movie for being a train wreck that at least comes CLOSE to the level of incompetence of Bolero, making for one insane drinking movie if you’re in the mood for cheap laugh material like Body of Evidence

Madonna is Rebecca Carlson a naughty dominatrix (ish) beauty who has a penchant for older men with heart conditions. After her most recent lover dies (and leaves his $8 million fortune to her in his well), she is put on trial for murder, and chooses shark lawyer Frank Dulaney (Willem Dafoe) as her knight in shining armor. Pouting her lips and claiming innocence, Rebecca wraps the hot shot lawyer around her finger and soon she’s seducing him as well (in a series of sex scenes that almost rivals Top Gun for being the most ridiculous and mock worthy of all time), making the audience wonder if she’s really guilty, or if she’s just a naughty girl who just so happens to be innocent. The deeper Frank Delaney goes into the rabbit whole, the more confused about his own client he gets, blurring the lines between professionalism and putting his reputation and marriage on the line for a woman who may actually be a killer.

“But I’m innocent!” is the claim that our Femme Fatale heroin/villain proclaims, and she might actually be. There’s the spurned secretary of our dead millionaire (played by Anne Archer), and a vindictive doctor (played by Jurgen Prochnow) who seems to have it out for Miss Carlson, but there’s this niggling doubt at the back of everyone’s mind. She certainly has motive, and she’s intentionally seductive to the point of being unlikable, but whose side is to be believed? 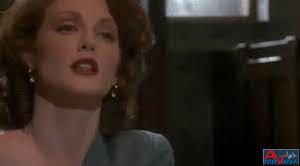 Body of Evidence plays out with the turgid simplicity of a daytime soap opera mixed with Basic Instinct with little bits of the Michael Douglas/Demi Moore. Just….not nearly as good. I don’t know who to blame here. Is it the cinematographer? The director? The Writer? The Actors? Or maybe it’s a little bit of all of them. Madonna can’t seem to act her way out of a paper bag (the woman had a semblance of a cinema career, but failed miserably in everything she tried. Even Elvis was a better actor than she was, and he played himself all the time). Willem Dafoe chews up the scenery with gusto, and Julianne Moore is wasted in a few throwaway scenes with her crying to her husband when she finds out he’s been schtooping his client (Willem’s “heartfelt” confession to her is a thing of glorious melodrama, and just wreaks of something that would air on Days of Our Lives or General Hospital).

The film is a nasaly mess of loose plot points that never coalesce, cheaply done sex scenes that are HILARIOUSLY bad, and your typical court room drama where Willem Dafoe’s character gets chewed out by the judge ever few seconds (even though he ends up winning the case like he expected). The film is awash with 80s and 90s stars who give their hammy best (Jurgen Prochnow, Frank Langella, Julianne Moore, Anne Archer, Joe Mantegna etc), but the hamfisted writing and sloppy directing gives this movie one of those “so bad it’s almost a comedy” level of entertainment. I admit VERY guiltily that I almost was having a good time with this train wreck. I was laughing hysterically at so many unintentionally funny moments that I almost forgave the abysmal nature of the film and got into the cheesy swing of things.

Rated R for violence, language and a scene of sexuality 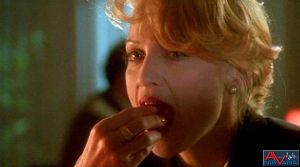 Body of Evidence comes to Blu-ray with a very serviceable transfer for the film (the unrated cut that shows a bit more skin is the HD transfer, while the R-rated theatrical cut is included on the disc in standard definition as an extra). It’s not always a stellar transfer, but a solid improvement over the DVD nonetheless. Details range from great to good, with a nice grain layer over the entire film and some close ups that are extremely revealing (such as the fine hairs on Madonna’s blonde head, or the little fiber’s sticking off the prosecuting attorney’s jacket). Sometimes the background characters get a little blurry though, and there’s little speckles and bits of print damage that come and go randomly. I also noticed an odd judder on Frank Langella’s face as he testified (right around the 1:01:30 mark), but that was only a little flicker and vanished in a split second. Blacks are a teeny bit crushed, but show good detail in the dark (albeit with some grain spikes during those few moments). I see no mention of a new master struck for the film (Shout Factory usually shouts it from the rooftops when they do), so I’m guessing we’re seeing the old DVD era master that was used back in the early 2000s for the disc. 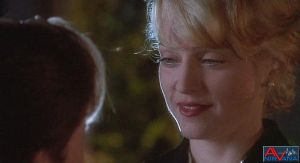 The 2.0 DTS-HD MA audio track fares about the same as the video score. It’s a serviceable track, but not one that really stretches your home theater system to the max. The 2.0 track is very dialog driven, with most of the time spent in the court room or listening to Rebecca and Frank argue among themselves as they try to find a way out of the mess she’s in. The music is a bit thin, but still decent enough and vocal clarity is solid without being really crisp. There’s a few moments near the end when the big “scuffle” happens to liven up the sound stage, but this is really a talky film that doesn’t stretch your system a whole lot.

Body of Evidence was supposed to be a erotic Femme Fatale movie, but ends up being a parody of one, with the sex being boring and hilariously awkward, and the Femme Fatale portion of the film being about as boring as the naughtiness. The only appeal of the movie is using the film as bad movie night fodder, or just for those who are into that sort of cheesy schlock. It’s a genre film for the hard core fans, and while I guiltily did enjoy the watch, it’s at the expense of any semblance of quality. The movie just wreaks of bad EVERYTHING. Shout Factory has given us a solid video and audio presentation, and while not stellar, shows us quite an improvement over the old DVD. Extras are a tad slim, but that’s not really a big deal, as I don’t really recommend this one in any way, shape, or form. Just Skip It unless you want to have a comedic and nostalgic watch.