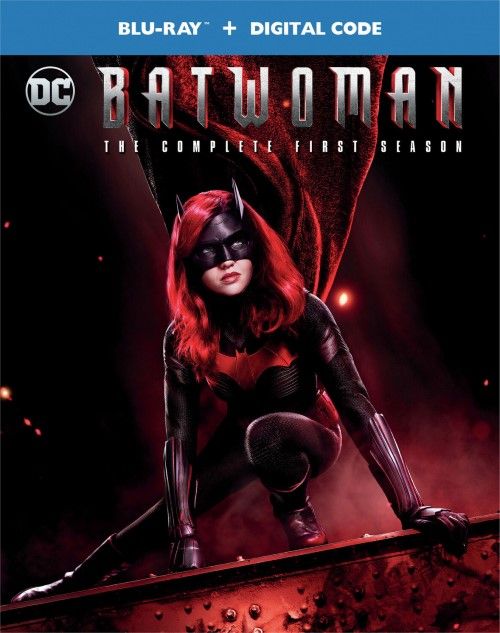 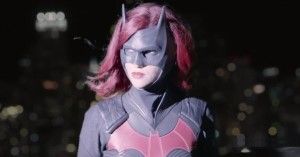 Movie
It’s actually been several years since The CW has allowed a new superhero show into the Arrowverse. With the originator of them all, Arrow, giving it’s swan song this year, the producers felt that they needed another big name to fill that void, and what bigger addition than one of the Gotham oriented superheroes. Due to the fact that DC is ADAMANT about not crossing over the majors on film with the TV “verse”, we don’t get Batman himself, but his darker and more vicious counterpart that was introduced into the comics in the early 2000s. Yup, Kate Kane herself, the mercenary like Batwoman. She’s hard, she’s LGBQT+ to the core (yes, that’s part of the comics for those wondering), and she’s filling in a whole after Batman himself has vanished for the last 3 years.

With Batman being gone (no idea how the show runners are going to handle his absence, but in the comics he was shot back to prehistoric times by Darkseid, allowing super heroes like Batwoman to run Gotham in his absence), Gotham has sort of fallen into disrepair. The gangs are no longer afraid of the one man who kept their violence in check, and the GCPD is having a hard time keeping law and order. This brings the opportunity for a private security force called “The Crows” (no, not OCP ) run by Colonel Jacob Kane (Dougray Scott) to act as supplementary policing for the city.

However, the Crows and the police alike are up against a standstill when the murderous “Red Alice” (Rachel Skarsten) and her gang called the “Rabbits” (who dress up with rabbit masks) begin terrorizing the Crows with a seeming vendetta. When Alice captures the old girlfriend of Colonel Kane’s daughter, Kate, (Ruby Rose), the enigmatic woman comes back to Gotham in order to save her. But when she gets to Gotham the prodigal daughter finds more questions than she does answers. In a shocking turn of events (the show surprisingly puts the identity of the villain out for all to see in the first episode) Alice turns out to be Kate’s long thought dead twin Beth, and her cousin Bruce Wayne holds a few secrets of his own. Secrets that she stumbles upon and decides to use as her own personal weapon in order to find out the secrets of Alice. The only thing is, Alice isn’t the most dangerous person at play here in Gotham, and Kate has to make the decision to put on the Bat costume permanently, or be just as selfish and narcissistic as the villain that brought her back home. 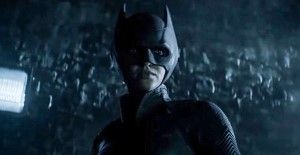 Batwoman is kind of off to a rocky start this year. It got hammered by viewers (even though it got lauded by critics in many circles for being progressive with Kate’s sexual preference) and the original trailer for the show was SUPER cringy. Not to mention the controversy that happened regarding Ruby Rose not being “gay enough” by fans on twitter, Ruby’s severe back injury due to a stunt gone wrong, AND the inevitable leaving of Ruby Rose a few months back, which left the show producers reeling and being forced to recast the main character and create a NEW person to take up the mantle of Batwoman instead of just canceling the show.

In reality, the show isn’t that bad. The first few episodes ARE rocky, but the show gets better with time. Not a huge amount better, but still better enough that I started rather enjoying the plot. The main problems aren’t due to the fact that they plaster the fact that Kate is gay across the entire show (seriously, it’s brought up at least 3-4 times an episode), but rather due to the fact that the writing is bottom of the barrel for The CW Arrowverse. Villains are cringey, the CGI is pretty weak, and bad one liners by a stoic Ruby Rose make for a very bland experience. The action is actually pretty good though, and Ruby Rose really sells the physical nature of the role (which probably contributed to her injury, as she put herself into the action quite well). However, the show just can’t seem to grab traction, and the unfortunate recasting of the show kind of limp itself forward leaves the series in pretty heavy jeopardy of being canceled (honestly, I’d be shocked if it gets a 3rd season). Even Black Lightning didn’t start off this rocky and have this many obstacles (that series has come from a mediocre first season and actually gotten rather good). A shame, as I really liked the Batwoman comics from 10-15 years ago and would have liked to have seen the “Bat” lore pushed forward. 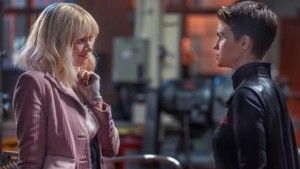 Batwoman kind of takes after the visual flair of Arrow (which was kind of a Batman clone in reality) and adds some Gothic Gotham stylings to it, making it about on par with the visual excellence of that previous mentioned show. Framed in 1.85:1 (instead of 1.78:1 like the other CW shows) the series is dull and gray looking, with splashes of primary colors to give it some sparkle. The series may be gray and slightly dull in appearance, but the quality of the black levels and the excellent detail levels puts it on another level. Fine detailing even in the background is excellent (except when slightly softened by the CGI) and shadow details are superb. Batwoman’s fake “red hair” on her cowl is bright and shiny, and several daytime shots or shots of the Crows lair showcase more color, otherwise this is DEFINITELY on the Gothic Gotham level of visuals. 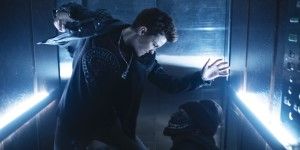 The CW DC live action shows are showing less and less options each year for audio choices, with this year having Batwoman home to only ONE audio track. A 5.1 DTS-HD MA track that is a beast of a mix. Much like the previous The CW shows, the mix is bass heavy and highly kinetic in nature. The sounds of Kate/Batwoman whistling through the air are replicated in the back channels, and the high flying action means things come from all directions. Voices are generally crisp and clean (although I had a weird error in first episode, where there was some crackling on the high end, which vanished in the second half of the episode, and can’t be replicated on my other sound systems), and the balance between quiet dialog and heavy duty action is perfect. All in all, another excellent encode from WB. 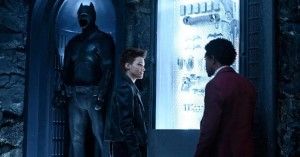 ​
Batwoman was not as bad as I was expecting from the initial trailer, but with the troubled production history, cast changes, and weak writing, it was nowhere near the top of The CW Arrowverse shows by a good margin. The show has some definite Gotham charm, but the issues I mentioned above are very noticeable throughout the shows 880 minutes of runtime. We get some fun action bits, but the it’s broken up by sloppy writing, wince worthy angst, and plain disinterest by most fans (at least according to the viewership numbers). At least the Blu-ray is well done, giving us all 20 episodes on 4 BD-50s and putting the gigantic crossover Crisis on Infinite Earths it’s own disc to watch all at once (this disc is replicated on all the Arrowverse shows, so you don’t need to buy the other series to get the other episodes). While I want to be hopeful and look forward to a better second season, I’m not sure that’s possible, as the writing seems to be on the walls. “Meh”