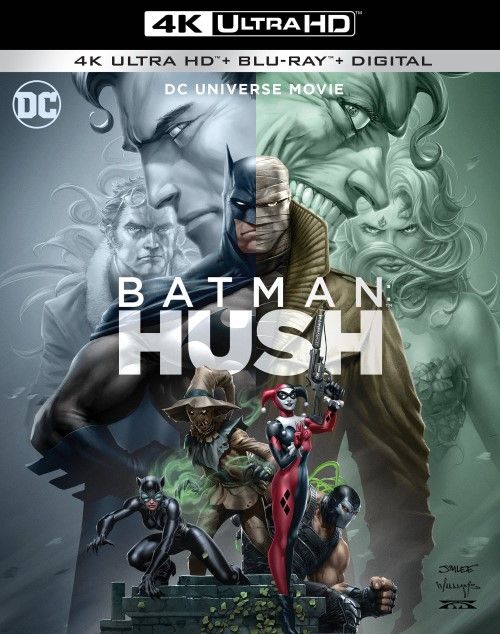 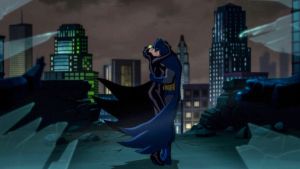 Movie
“Batman: Hush” was probably one of the best Batman comic runs of the early 21st century. A 2002 comic arc that spanned 12 volumes, it was one of THE best comics of its time, and one that inspired huge changes in the future of the Batman universe (Jason Todd resurrected, Batman and Catwoman finally hooking up, changes to the Justice League), so you can tell that this comic nerd was dancing up and down for joy to hear that it was coming to video with the latest in the DCAU animated films. Looking at it critically my first reaction is to snarl and gripe about some of the changes made to the story, yet at the same time realize that they were trying to make the movie interesting for comic fans who already know who the mysterious villain was. Still, Batman: Hush the movie is a film that is half the original comics, and half something completely new and different using the Batman: Hush name.

Following up after The Reign of the Superman in the DCAU timeline, we have Bruce Wayne engaging Bane (Adam Gifford) in a hostage situation, only to trace the money back to Catwoman (Jennifer Morrison) and then to Poison Ivy (Peyton List) before realizing that he’s being played. A mysterious new player in town is manipulating all of Batman’s old nemesis, forcing them, cajoling them, or otherwise manipulating them into doing crimes for him in order to make Batman’s (Jason O’Mara) life a living hell. To make matters more interesting, he and Selina Kyle (Catwoman) have pushed their romantic teasing to a new level, prompting Batman to finally pull off the hood and let Selina know how he really is.

However, Batman may have opened up the door to something more sinister, as it soon is revealed that this new mysterious super villain (named “Hush”) is targeting those who Batman/Bruce cares about most. After his childhood friend Tom Elliott (Maury Sterling) is murdered by Hush, the caped crusader takes on the offensive, teaming up with Catwoman and going on a single minded mission to end this mysterious villain once and for all. 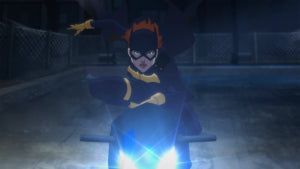 Batman: Hush deviates mildly from the comic book storyline for the first half of the film, but most of these changes are minor and due to how things have unfolded in the DCAU animated film universe so far. For example, Bane was chosen instead of Killer Croc due to a story line from Son of Batman, and Jason Todd (one of the previous killed Robins) coming back under the guise as Clayface is changed due to the fact that Jason Todd hasn’t EXISTED in the animated DCAU so far. The same can be said for the inclusion of Damian Wayne as the new Robin. Damian didn’t exist till the 2006 comics introduced him, and since this was a 2002 comic book run, you get what they had to do. However, it’s the end that really takes the idea that this is Batman: Hush in name only, as the villain from the comics turns out to NOT be the villain in the movie. A move which kind of puzzled me as it was a perfect setup in the comics and kind of undercuts the emotional mano-e-mano fight that happens between Hush and Batman at the end.

It’s hard to cram 12 graphic novels into an 82 minute film, but besides changing the villain at the end, I think they did a pretty good job. If you look at it as a direct adaptation of the 2002 comic lines, you’re probably going to be disappointed. But as a movie in the DCAU, this was a lot of fun and despite cramming too many villains and heroes into one 82 minute film, I had a blast with the action. Jason O’Mara is fast becoming my second favorite Batman after Kevin Conroy, as his voice acting for Bats has really grown on me. I actually miss hearing his voice when some of the other DCAU films don’t include him as the dark knight, and the Jerry O’Connell is becoming synonymous with Superman in the same vein.

Rated PG-13 for violence and action, suggestive material, and language 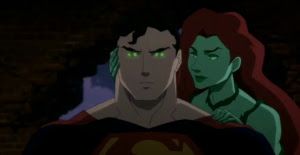 The 1.78:1 framed HEVC transfer is a nice looking transfer, and one that modestly edges out it’s Blu-ray counterpart. The simplistic animation style used for these Batman films doesn’t lend itself towards huge leaps and bounds in the detail department, but there is some slight upgrades in background textures (such as the Batcave or the rooftop scene with Selina) nonetheless. The real benefit here comes from the use of HDR. Now the HDR doesn’t really boost the colors a whole lot, but it DOES deepen the blacks a goodly amount and get rid of that pesky banding that was literally all over the place in the Blu-ray. The banding has always been an issue for the DCAU films from Warner, but I’ve noticed lately that the 4K discs black levels are deeper, inkier and seem to negate the banding, which is a very welcome relief being someone like me who is very susceptible to noticing color banding. 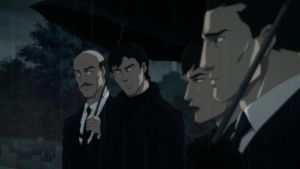 The 5.1 DTS-HD MA track found on both the Blu-ray and the 4K UHD disc is quite nice as well, giving a bombastic and energetic audio experience. The film is full of action, and the track handles the chaos and constant battles with gusto. Impacts from fists and explosions from weapon thunder with good low end, and the surrounds are active with the swooshing and wooshing sounds of our heroes and villains leaping through the air. Dialog is above reproach, and once again we’re given a mix that is more than adequate for the job without being massively standout. It’s a great action track for a low budget animated movie, and I have zero complaints. 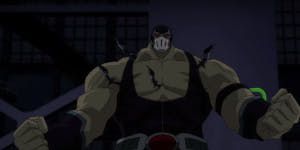 Is Batman: Hush a 100% perfect adaptation of the source material? No. Is it is a GREAT DCAU film entry? No, but very few of the DCAU really are. On it’s own it’s a very fun addition to the universe and a very entertaining film. There’s some mild quirks and growing pains from stuffing so much material into so little time, but I have zero regrets about it and rather enjoyed myself. Warner Brother’s 4K UHD disc is very solid, enhancing the Blu-ray in some rather modest ways and being one of the few 4K UHD films from the DCAU 4K library that I would actually recommend ABOVE the Blu-ray (finally Warner is catching on with the whole HDR thing)