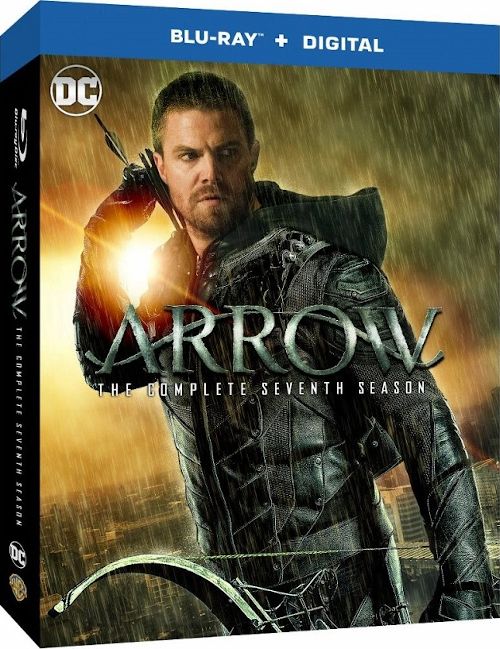 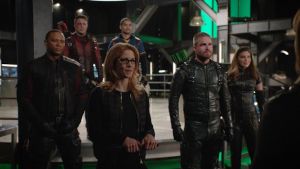 Movie
Has it really been 7 years of Arrow?, I remember binge watching the first two seasons due to the fact that I had let Todd Anderson review the 1st season back in 2012 and didn’t see what a massive phenomenon that the Arrowverse and DC live action shows were going to become. Back then Superheros were either in animated form (which DC has absolutely crushed Marvel in doing in their animated movies) or else they were on the big screen. Arrow was just one of those shows that took everyone by surprise with an epic first season and an even BETTER second season (those two seasons were probably the crème de la crème of all Arrow seasons). The show naturally stabilized and decreased a little bit in quality as the series went on, which is pretty typical of long running shows, and split off with various spinoffs and crossovers with other shows in the same universe over the next 7 years. Personally, I’m a bigger The Flash fan than I am Arrow anymore, but Arrow will still hold the distinction of being the first, as well as one of the most stalwart figures in the CW’s DCTV lineup.

Oliver Queen (Steven Amell) has had a rough ride protecting Star City. First he’s been the vigilante, the Arrow, Green arrow, Mayor of Star City, and now he’s just Oliver Queen. The end of season 6 ended up with a shocking finale as Oliver Queen hands himself over to the FBI and reveals himself as the Green Arrow, accepting his fate by going to prison. Now that he’s locked up Team Arrow is tasked with continuing their vigilante watch over the city while Oliver spends his time in jail as tranquilly as possible. Naturally that’s not going to go well, as Oliver is forced to realize that prison life where many of the inmates are people he put away is rife with violence. Forced to survive on his own there, Oliver becomes something more than what he once was.

On the outside the world is barely being held together with duct tape. Speedy, Diggle, Felicity and the rest of the team Arrow squad have sort of moved one, making their own ways in the world, but the city still needs saving. A new “green arrow” is in town, and he’s definitely not Oliver for once. To make matters worse, villains like Diaz crop up again as does a new criminal organization known as the Ninth Circle comes into town. Helmed by a mysterious woman named Emiko, they will stop at nothing to destroy the legacy that Oliver Queen and the Green Arrow have spent countless years trying to maintain. 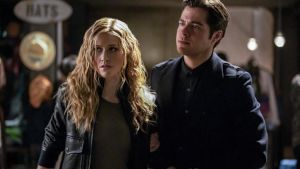 I won’t spoil it too much as you need to WATCH the show to find out many of these things, but needless to say there are some definite surprises in the series. Especially regarding Emiko and her dark past that ties directly into Oliver Queens past. The season itself is a LOT better than seasons 5 and 6 have been (which have been low points in the series), and the choice to move Oliver to prison actually turns the show darker and more violent than it has been in quite some time. This year has a lot more fractured stories going on at once, and it’s kind of nice for them to do so since the ensemble cast style of Arrow has been overplayed a bit too much. It’s nice to see the show get down to a few people at a time instead of the giant “team Arrow” mentality that the show had devolved into over the last 3 years. One of the neatest changes in the season so far has been the shift away from flashbacks. The flashbacks were really a good way to fill in backstory with Oliver's time on the island for the first 3-4 seasons, but in later years they got repetitive and annoying. This year they changed from doing flashbacks, to flash forwards, showing what Oliver's children would look like and who they would become in years to come. This adds to the finality of this season's tone, cementing an end to the Green Arrow as we know him and showcasing the future generations and iterations of heroes to come. Not exactly brilliant, but it really works for the show.

The finale of the show is actually one of the biggest shockers (and mild disappointments) of the entire year. The finale is really split into two parts, with the first half wrapping up the Emiko storyline WAY too fast. It’s almost as if they were just trying to find a way to wrap that up and get on to the second half than make the villain go out with style and panache. HOWEVER that second half is absolutely amazing. It is really a weak season finale in reality, but it IS however an incredible set up for as series finale, which will come next year as Arrow gets it’s 8th and final season. The second half says goodbye to friends and allies that we’ve known, and says a full on goodbye to Felicity (she is no longer slated to come back for season 8) in a heartwarming and saddening finale. The show wraps up it’s second half by having The Monitor (that crossover villain from the Elseworlds crossover) walk in the door and tell Oliver that it’s time to fulfill that promise of going with him into another dimension that he promised in order to save Barry and Supergirl (teasing us with Crisis on Infinite Earths), making it VERY clear that

Oliver’s time of protecting Star City is finally at a close. With this in mind Oliver is no longer the Green Arrow that we once knew. Star City is left to his proteges, and he will no longer exist in our timeline. A move which sets up season 8 to be MASSIVELY different (and hopefully epic) in it’s shortened 10 episode run next year. Honestly, I couldn’t be more pleased with how things are ending, as Season 8 looks like it’s going to close this arc with a seriously impressive Crisis on Infinite Earths crossover. As such this seventh season is really the finale of Arrow as we know it, closing out multiple story arcs, saying goodbye to old friends and setting itself up for one massive goodbye next year. 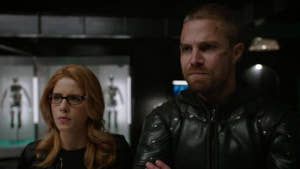 There's a certain amount of repetitiveness that comes from reviewing a long standing TV show like Arrow. With proper modern digital production values the season to season comparison of video quality is pretty much repeating what came before. Arrow enjoys a very stable look to it that has remained consistent over the years. Lots and lots of action in the middle of the night, bathed in shadows and slightly soft and honey glowing daylight sequences when they appear. The series grim looks is replicated just like the previous seasons, with deep inky shadows with great detail levels, and the sharp greens and blues showing through nicely for the major colors. The gray of the prison area is more ash than normal, but still intricately detailed and I still can't help but notice that there's some mild softness to the daylight shots. Something that has been stylistically there since the first season, so I'm still guessing it's a stylistic choice. 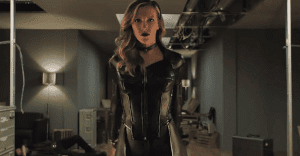 Arrow is an action oriented show, and the sound design really is wide and full with its sonic exuberance. The 5.1 DTS-HD MA track is visceral and hard hitting, filled with the massive score and the constant fisticuffs that ensue in the show. LFE is pulse pounding and heavy, adding a lot of weight to the fight scenes, as well as the rumble of a motorcycle or the slamming of bodies in prison walls. Bullets bounce around and the whistling of arrows is still prominent in the sound design. Ambiance is nice and vivid, with feet scraping along floors, crates crashing from behind the listening position, and the general mix of the show just being wildly bombastic. I know I've said it before, but Arrow really is a larger than life series in the sound department and certainly doesn't pull any punches.

Arrow has never been a perfect show outside of the first two seasons, but it has been a fun superhero show nonetheless. I’ve stuck through it’s weaker seasons and enjoyed the better seasons, but I have to say, I’m really excited for next year. Season 7 was a massive improvement from the weak sixth season and they wrapped up so much in the final episode that I really felt like THIS was the last season even though 8 is scheduled to wrap up the Oliver Queen storyline next year. It was well done and a good twist despite the weak handling of Emiko and her Ninth Circle minions. Once again Warner Brothers gives us some great audio and video specs to enjoy and the typical CW style extras are included. For fans of Arrow this really is a no brainer, and makes for a solid watch all the way around.