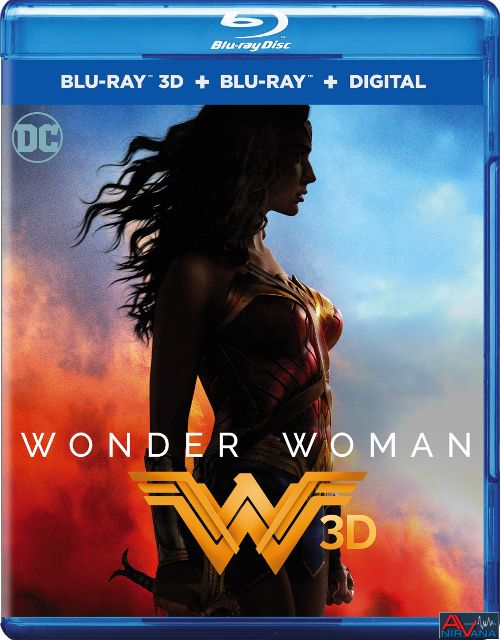 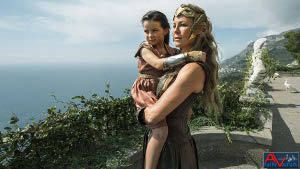 Movie
I have made it no secret that while I have mildly enjoyed the DC Extended Universe films, I haven’t REALLY liked them. Man of Steel was an OK film, but I never really got into it that much. Batman Vs. Superman was a weak entry that redeemed itself partially with the extended cut, but Suicide Squad was basically a hot topic inspired action piece that really left me feeling a bit cold. I had fun with bits and pieces of them ,but none of the DCEU film ever really resonated as a really GOOD movie. That is until now. Wonder Woman was the shining beacon amidst the angst pouting of super heroes in Batman Vs. Superman, and she stood out so well that I was honestly looking forward to it when I heard that DC had decided to make a stand alone Wonder Woman film before Justice League comes out next year.

In all honesty, I’m surprised it took them so long. Wonder Woman has been one of the big 5 DC heroes for about as long as anyone can remember. While Marvel was pushing boundaries with a talking Raccoon, trees that mumble ‘I am Groot!’, Black Widow, and every strange combination under the sun, DC seemed nervous about introducing a female super hero that didn’t rely on being a side kick. I’m not sure why, as the old Linda Carter TV show of about Wonder Woman was a BIG hit back in the day, and girls (and boys too) were screaming at them to bring her out of retirement. Especially since she’s never gone away in comic book form, and DC has no problems about bringing her to life in their animated films, but for some reason it’s been a Batman and Superman fest for the last 30 years of live action films. Well, that is unless you count the truly horrific Catwoman and Barb Wire, but I don’t think anything could have saved those two films.

Starting out with that little ending of Batman Vs. Superman where Diana/Wonder Woman (Gal Gadot) gets the photo of her and her WWI buddies, we flash back almost 80 years, when Diana wasn’t a superhero JUST yet. Born and raised on the hidden Paradise Island after the war between Ares and Zeus had come to a climax, Diana was your average everyday amazonian. Training to fight, training to BE the best warrior that she can be, the young woman is living the dream. Kind of. For some reason Queen Hippolyta (Connie Nielsen) refuses to let her daughter out into the world of men, even when their prime directive is to protect mankind. When British intelligence officer Steve Trevor (Chris Pine) washes up on their lovely beach, he accidentally brings a wave of German soldiers with him, and reintroduces the sheltered Amazonian tribe to the pain and suffering of mankind’s wars.

Refusing to accept her mother’s platitudes, Diana makes an agreement with Steve. If she takes him back to England to deliver the stolen information about a German weapon of mass destruction, he will agree to take her to the front line, where she believes Ares (the God of War himself) is fomenting the pain and suffering that is World War I. However, the naive young girl soon finds out that things aren’t as cut and dry as she thought. Her simplistic version of good and evil is at odds with the reality that she sees in front of her, and the brutality that mankind is capable of. Still, her quest is one of love and peace, even if that means her vision of how the world works has to change ever so slightly. 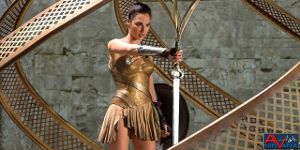 I find it amusing that Warner and DC have been this hesitant for so long in bringing Wonder Woman to the big screen. Ironically director Patty Jenkins actually pitched the idea of a Wonder Woman film to Warner some 10 years ago, but they refused claiming that the audience just wasn’t there for it. Oh, how they are eating crow now. After grossing over $816 BILLION worldwide, I can say with all honesty that some executives are kicking themselves in the pants for waiting as long as they did (not to mention it pretty much has solidified the fact that we’re going to see Wonder Woman 2 very very soon). Even more amusing is the fact that fans everyone (and even Patty Jenkins) was very critical of Gal Gadot when she was announced for the BvS cameo. Myself included actually. However, we all had to eat a good bit of crow when she not only did well, but just dominated the role in ways I never though she could do. After seeing The Fast and the Furious movies with her in it (as well as some of her smaller roles), I was leery of the gorgeous Israeli actress, but I’m about 3 platefuls into munching on some crow legs ,and have no regrets about switching opinions.

Wonder Woman is the first time in the DCEU films that I am giving both thumbs up as my personal opinion. I’ve made no bones in criticizing the rest of the universe, and have to say that this is the first time that I was completely overwhelmed and thrilled with what I saw. Wonder Woman is a fantastic super hero movie and rises above Zack Snyder’s doom and gloom that is so prevalent in the other movies (even though you can tell he had some influence here, especially with the visuals). Patty Jenkins has crafted a well balanced flick that is able to shift between supernatural, action and guns, as well as a heartfelt love story that spans more than just making out, AND had me surprised that a 2 hour and 20 minute film felt like 90 minutes.

Gal Gadot has really increased her range over the years. I’ve seen her in about 8 or 9 movies and each time she’s gotten better, but still she never really rose above it all. Her role as Diana gives the athletic woman the perfect opportunity to be a warrior, while still showing how much versatility she has as an actress (much of which I believe is due to Patty Jenkin’s direction). She’s relatable, sweet, and still incredibly intimidating as the tall and powerful princess of the Amazonians. Chris Pine has gotten a bit of a bad rap lately with poor projects, but the man is extremely charismatic and gives the role of Steve Trevor quite a good portrayal. Honorable mentions go to Robin Wright as Diana’s aunt General Antiope (you might remember Robin Wright as Princess Buttercup in The Princess Bride), as well as Danny Huston and David Thewlis as Ludendorff and Sir Patrick respectively.

Rated PG-13 for sequences of violence and action, and some suggestive content.

Wonder Woman was shot using a mix of digital and 35mm film elements, and then transferred to a 2K mastered DI for home video. The film looked FANTASTIC in Blu-ray, and even better in 4K UHD, so I was curious how this 3D version was going to look. Especially since I am not a WILD proponent of 3D films (my own personal bias). Well, this is one of the finest examples of a 3D action film that I've ever seen and I just lost myself in the experience. You can see from watching the 2D and 4K versions that Wonder Woman was designed specifically for 3D with all of the slow motion action shots, as well as the pop out scenes (such as the spear traveling straight for you, or Ares blades coming out of the screen). IN 3D they look even better, with incredibly multi angled dimensionality, and some of the best instances of layering I've ever seen to background objects. Just watch the water ripple and fold in on itself over on Paradise Island as Steve takes a bath, or the shifting of debris and destruction in the final god battle. I didn't detect much crosstalk to my eyes, and the even though the film was EVERY so slightly darker than the 2D version, it wasn't wildly dimmed, allowing for those amazing colors to pop through at all times.

Warner Brothers continues its strange recent habit of gimping the 3D Blu-ray’s audio for some unknown reason. Instead of the lovely Dolby Atmos track that both the 4K UHD disc and 2D Blu-ray disc got, we get the slightly neutered 5.1 DTS-HD MA version for the 3D experience. It’s not a horrible thing, or some massive step down, but the 5.1 mix IS a little less dynamic and powerful. The surrounds are still amazingly immersive, just not AS immersive. While the bass is pretty much the same as well as the front of the sound stage. Otherwise known as. A great track that really should be heard to be enjoyed. LFE is devastatingly powerful, with deep impacts that just hit you in the chest when Diana is running across no man’s land, or absolutely jaw dropping when she does her wristlet cross at the beginning of the film. I would have loved to have had the Atmos mix for 3D as well, but this 5.1 track is not anything to sneeze at either.

Wonder Woman is not a PERFECT film (the “god fight” ending was a bit awkward), but it is really close to being one. It’s easily the best Superhero film that the DC universe has rolled out since Batman Begins (sorry, The Dark Knight hasn’t aged well in my opinion) and is standing head and shoulders over the recent excursions by her compatriots. Patty Jenkins did an absolutely phenomenal job with the film, and I had a blast with all three watches that I’ve done for these reviews (2D, 3D and 4K). Honestly, I’m super stoked for when Justice League and Wonder Woman 2 come out, as she has single handedly breathed life into a series of films that were so morose and weakly done that I was thinking that Marvel was going to be the only studio that I could truly enjoy. The Blu-ray itself is nothing short of perfection though. Audio and video are about as good as you can get, and the disc is LOADED with special features. One thing I’m thankful for is that there is no extended cut, as Warner has made some strange decisions in how it places different cuts on different discs across the competing formats. For fans of 3D, Wonder Woman makes for one good viewing experience, but it does come at a bit of a cost. The limited audio mix is frustrating trade off that requires us to decide which feature is more important to us. The best audio available? or the best 4K video? of 3D watching? Luckily you can at least get the Atmos mix on the 2D disc included in the 3D set, but the 4K decision requires another purchase. Still a fantastic movie no matter the format you choose.