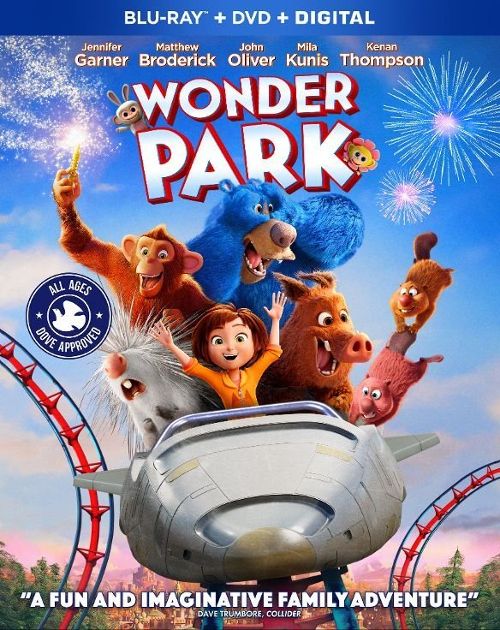 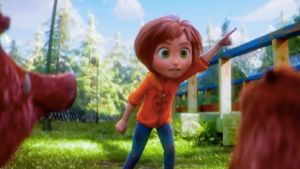 Movie
Wonder Park never had the earmarks of another smash hit for Paramount, but the general cast of voice actors was really strong, with actors Matthew Broderick, Jeffrey Tambor, Mila Kunis, Ken Jeong and many others adding their talents to the cast. However, the film will probably be most remembered for how much of a train wreck went on behind the scenes as there was a whole host of controversy with several key people. Jeffrey Tambor was originally on board, only to get recast part way into production when allegations about misconduct towards another cast member were brought up (Tambor was recently canned from Transparent for the same allegations). Also, Dylan Brown (who cut his teeth working at Pixar on quite a few big name productions) was asked to be let go near the end of production (which is why his name is uncredited as the director of this film) due to allegations of harassment as well! Mix in a few rewrites of certain scenes, some editing foibles and Wonder Park was much more interesting as a visual treat than it’s story ever could be. The end result is a fairly passable film, but not one that is any masterpiece by any stretch of the imagination, and a fairly large bomb at the box office.

June (Brianna Denski) and her mother are close as a mother and daughter could be. The two girls have spent hours and hours in imagination land crafting a theme park that they dubbed “Wonderland”, and was used as a bonding agent for the two girls. However, June’s mother (voiced by Jennifer Garner) falls gravely ill and June is left by herself with her father (Matthew Broderick), trapped in her own fears and child like emotions. In a depressed turn of events, June puts away Wonderland and even burns the blueprints that she and her mother created together. Sent off to Summer Camp to help her out of the depressed state that she’s in, June’s father hopes that a little fun and relaxation will keep his daughter’s mind off the tragic turn of events happening to her mother. 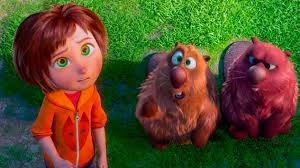 However,. June spirals even further out of control, harboring irrational fears that her father won’t be able to take care of himself. Enlisting the aid of her friend Banky (Oev Michael Urbas) she stages an escape plan, and gets off the bus to go back home and take care of her father. Running into the woods June stumbles upon a real life version of the Wonderland that she and her mother had created. But instead of a lively adventure land, it’s a rusted hunk of junk, with weeds and overgrowth covering it. Inhabited by the same magical animals that she and her mother created at home, she finds out that the creatures are engaged in a battle for survival against a mysterious void overhead. Teaming up with her imagination based friends, June endeavors to help her mother’s and her creation survive out in this forest before she can go home.

Wonder Park is really a generic film that tries to be both kid friendly and fun, but also heat warming and tear jerking at the same time. The movie’s real purpose on the superficial front was to create a pretty animated adventure for kids to ooooo and awe over the pretty colors and funny animals. In that respect the film really doesn’t do anything to stand apart from the pack. The plot line itself for Wonder Park is rather bland and unfunny, with the animals not doing much to make themselves memorable or fun at all. The flip side of this coin stems from the deeper meaning of the film. The life lesson that an active imagination can be a powerful tool in dealing with pain and suffering in the real world, and can lead to healing. While rather poignant and decently done on that front, the movie can be a bit cloying with it’s message and never really fleshes things out past the superficial level when it comes to exploring the darker side of June’s depression.

Rated PG for some mild thematic elements and action 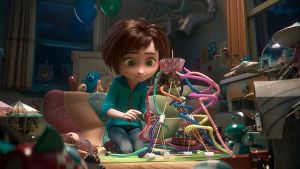 For a Paramount animated film I was expecting a pretty luxurious presentation, but was a bit surprised to see that the disc is just “good” in comparison. I’m not saying this is a bad transfer, or even a weak one. It’s just a bit flat and a bit dimmer than what I was expecting. The Blu colors of Boomer pop the most, as do the sharp greens of the forest June gets lost in, while others tend to be a bit dull but generally solid. Details are good, with individual hairs on the animals bodies showing up well, as does the facial details and clothing nuances for the little girl. Black levels are story and show very little crush, and the overall clarity of the disc is more than appealing. 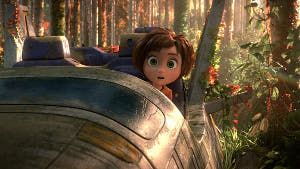 Wonder Park showcases a really nicely done Dolby TrueHD 7.1 track that does everything asked of it well, but has a harder time being robust and punchy. The dialog is crisp and clean with no imperfections that I could hear, and the action around real life park is more than encompassing. The bass for the film is a bit weak, and while there are some thunderous moments, those moments are fleeting and the rear channel’s lack of huge engagement left me feeling a bit ambivalent about the whole thing. The 7.1 mix is good, it engages the channels properly, but like the video, doesn’t really stretch and flex its muscles very much.

All in all, Wonder Park is a fairly bland and generic animated adventure that really doesn’t lend itself to anything more than a low rental at BEST. Some of it can be attributed to the script, while others can be attributed to tons of back stage drama going on behind the scenes with the cast and crew. I don’t think Paramount ever expected another How to Train your Dragon (the budget for this film was astronomically less, and the animation only solid), but neither did they expect it to crash and burn this badly at the box office either. The Blu-ray is quite well done, and while I would have loved to have seen it in 3D (supposedly the 3D looked amazing in theaters), the Blu-ray is more than capable of showing a pretty image and good sound. Still, not exactly the top of the animated heap, I’d recommend it as a very low rental if you’re interested by the trailer.