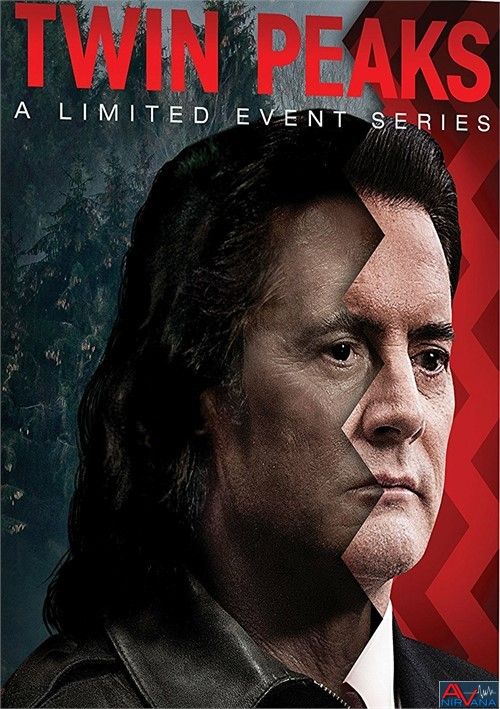 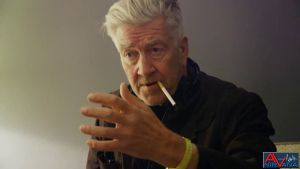 Movie
Twin Peaks has always been, and always will be, one of the most bizarrely entertaining mystery series outside of The Outer Limits. David Lynch created a masterpiece with his 1990s inspired mystery/drama/sci-fi/horror TV show, and it was one of the biggest tragedies of that decade to see the series canceled after 2 seasons. Luckily we all knew the answer of “Who killed Laura Palmer?”, but the strangely hypnotic, and odd mystery/drama was able to survive on with a mediocre DTV film that kind of added to, and expanded the mythos, but we were always left with the feeling that the TV show as left unfinished. David Lynch is legendary at making the inaccessible and strange accessible….and still strange. No one can captivate an audience with the truly bizarre, while wrapping it up in the sensation of watching something completely normal and mundane as Lynch can. Most people had actually given up hope that Twin Peaks would ever be concluded, but with the era of “extra seasons coming decades later” like The X-Files or Heroes anything is possible, and it looks like we are blessed with Lynch coming back to his old stomping grounds and completing a FULL season to wrap up his greatest television masterpiece.

I have a hard time actually describing the show, past the initial knowledge of the “who killed Laura Palmer” mystery that surrounded the original series. It was a show that defied genre, expanding out past the initial mystery of a dead girl, and delving into the strange people and personas of the town of Twin Peaks. Instead, after figuring out WHO the murderer was, it was a show that made it’s way pulling back the onion layers of the quirky town and the people living within Twin Peaks. So much so that it became almost surreal and bizarre in nature. Wrapping itself in a mystery and charm that was so strangely hypnotic, yet so strangely surreal as to be almost inaccessible in nature. The mystery was a secondary piece of the puzzle, with the main appeal being the character study of the show, acting as a bridge between this world and the next in ways that is hard to describe.

The original Twin Peaks was a Revelationary series. It managed to be so intoxicating and thrilling, that the series gained a life of its own after the sad cancellation of the TV show after only 2 seasons. The show became a sort of hallmark benchmark for legendary status, and the gold box definitive edition garnered a cult following that rivals even the strongest of sci-fi and horror genre films. The new seasons kicks off with a strangely disjointed first couple of episodes, but then starts to evolve and change much like the original show. Fans of the show will feel a bit off put at first, as the series starts in the ubiquitous “red room” (what a better place to start) and then starts to expand and change like the show has always been known for. 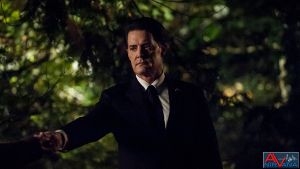 What starts out as a series of disjointed events (with a murder in the first hour) becomes more coherent and solid as the 18 episode series goes on. The show begins to fell all so familiar, but also takes on a life of its own and actually acts almost as a complete series in and of itself. Fans of the original two seasons will see the similarities, but David Lynch is skillful enough to create its own ambiance that starts to split off from what came before, blazing new trails and new paths, all the while including some classic characters like agent Dale Cooper (Kyle MacLachlan) and wrapping in some star power with Naomi Watts, Ashley Judd, and Laura Dern.

It may seem like I’m being vague about the plot of the series, but that is most definitely on purpose. The series is best experienced as a singular viewing experience and not just exposed on paper (or a computer screen). David Lynch is known for being off the books, but Twin Peaks: A Limited Series Event makes a wonderful followup to the 1990 TV show that started it all over a quarter decade ago. Lynch has not lost his touch at all, and everyone involved gets sucked into the vortex that is the bizarre show and comes out just as fascinating and intoxicating as it was 27 years ago. 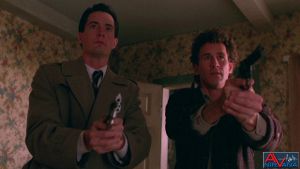 Instead of being shot on video like it was a quarter century ago, Twin Peaks: A Limited Event Series is shot on digital cameras that tries its best to maintain the same look and feel of the original series. Instead of heavily grainy and textured, the show is glossy and shiny, with specifically graded scenes to make it looks as seamless and old fashioned as it possibly can look. Fine details are exquisite, with facial details ranging from soft and smooth (a stylistic choice depending on the scene), to razor sharp and intricately done (such as when Ashley Judd approaches in the first 20 minutes of the show). There is a warm and golden earthen glow to the show, intermingled with neutral looking Northwestern landscape shots that show off incredible nature shots. Black levels are deep and inky, but I did notice a layer of noise that comes and goes depending on the light levels. 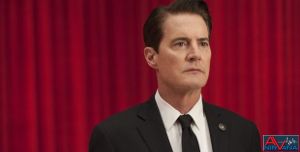 Twin Peaks has always had a great sounding audio mix, and while I wasn’t able to get a hold of the lossless Blu-ray mix, this 5.1 Dolby Digital track is a treat to listen to. The show is magnificently rendered, with a differing array of sonic changes, ranging from the soft sounds of the familiar opening theme song, to the melodic and mysterious tones that come throughout the show, up to some really powerful and intense moments that stretch the capabilities of the track. The LFE is powerful, but also restrained when necessary, and fades into the background when not needed. Dialog is crisp as can be, and the surrounds are active with the hypnotic score as well as some of the more terrifying moments. An all around namazing sounding TV track.

The northwester based drama/sci-if/whateveritis styled show is just as strong and revelationary as it was over 25 years ago. Lynch has not lost his touch in the slightest and the enigmatic series is an intoxicating event that sucks the viewer into the strange world of Twin Peaks. Part mystery, part character study mixed with sci-fi elements, the Event Series is something that must be seen to be believed, and if you are a fan of the 1990 basted TV show, then you will NOT be disappointed at this 25 27 year old follow up to one of the most highly rated TV shows of all time. The DVD set from Paramount Pictures is incredible looking and sounding as usual, and the extras are crammed to the gills. Which is a strange scenario considering the extras starved nature of most modern TV shows. Definitely a must watch.

Thanks for the review. I must confess that I never saw the original.. I will have to revisit that first.

tripplej said:
Thanks for the review. I must confess that I never saw the original.. I will have to revisit that first.
Click to expand...