The Wolf of Snow Hollow 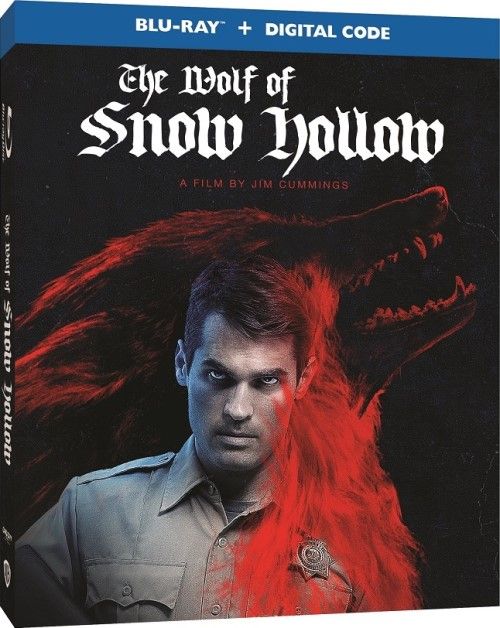 Movie
Werewolf movies have been on the decline lately, but luckily we’ve seen a few goodies in the last few years, and some werewolf comedies have actually gotten some traction (Werewolf Cop and it’s sequel were actually pretty stinking funny), but outside of the Underworld saga or the (please forgive me for mentioning these) Twilight series, the genre has pretty much dried up, ESPECIALLY in regards to decent horror/comedy werewolf stories. Indie director/writer/star Jim Cummings (yes, he really does all three in most of his films) tries to bring back some life into the niche genre with mixed results. The film is funny at times, wickedly gory at others, but seems to coast along at a middle of the road pace that keeps it from being seriously funny, or nastily horroresque at the same time. I will give it props for a slightly interesting twist to it, and some very obvious enthusiasm for all involved, even Robert Forster, which would make this his final film before his untimely death a little bit ago.

Snow Hollow, Utah, is a normally very quiet town. Small amounts of crime, good blue collar folks, and just a hint of problems with tourists here and there. That is until one of said tourists ends up mailed to death by what seems to be a large LARGE animal. This kicks off an investigation by small town sheriff John Marshall (Jim Cummings), who is already struggling with a failed marriage and impending problems with his father retiring as Chief of police. Dead certain it’s just a human killer, Marshall sets out to investigate the crime, only to realize that this isn’t getting any better. Body after body starts stacking up, and the more they continue to pile up, the more evidence lends itself towards a wolf of some sort. A MASSIVE wolf.

Still assured that it’s not a werewolf like his co-workers are assuming, Sheriff Marshall slogs on, only to pick up a few clues that maybe he’s NOT insane. Despite the slipping back into drinking once more, losing his relationship with his 17 year old daughter, and hitting rock bottom. Things just aren’t adding up, and the more he plucks at the string of clues the more he’s CERTAIN that there’s something else behind it all.

The Wolf of Snow Hollow is a dark comedy that really never takes itself too seriously, even when it’s at its goriest. Sure we get some NASTY death scenes by the werewolf, but they many times have tongue firmly implanted in cheek with some of the kills (I won’t spoil one of them, but body parts go missing which become the butt of office jokes for a while). Cummings plays Marshall as the straight guy of the film, but also so straight laced that he’s rather amusing at times. I know Cummings really wanted to make this a chuckle worthy film, but sadly the line of “truly funny” and “wow this is a scary film” can’t ever seem to come together. Some parts are definitely funny to watch, and others are gruesomely horrific, but the meshing of the two never seems to be homogeneous. I chuckled, but never ENOUGH. I cringed, but the scenes were too short to ever really be that hooking for the viewer. I enjoyed what I watched, and Cummings certainly gave it his all in all three capacities he filled in the film, it just never seemed to really launch.

Rated R for violence, bloody images, language throughout and some drug use

The 1.85:1 framed AVC image is quite the looker, with a clean digital look that is glossy and shiny, free of most imperfections. Black levels show some noise and crush at night, but that’s pretty typical for low budget films of this ilk. Detail levels are exemplary for the most part, and colors fairly neutral with the ever present slight blue push to things in darkness. Police outfits show up nicely, and you can see all the blood and gooey entrails from when the monster ravages another victim well.

The 5.1 DTS-HD MA track found on the disc is as solid as the video is, proving a very clean and balanced mix. It doesn’t go out of it’s way to be super intense or exciting, but delivers all the thrills and monster moments with ease, while handling the quiet dialog of the rest of the 2/3rds of the film easily enough. Vocals are never distorted or imbalanced, and the mild score is pleasing to the ear. Like I said, there’s nothing I can say negative about the track except that it doesn’t try to truly excel. Action bits have some roar and screams that really blast the listener back, but the rest of the movie is very dialog centric, leaving the surrounds to deal with minor ambient noise instead of really letting go and tearing the walls down.

The Wolf of Snow Hollow is a fun enough rental, and actually is rather amusing despite riding the fence quite a bit in regards to what type of film it wants to be. Jim Cummings and crew really put their heart and soul into it, and it’s nice to see Robert Forster one more time after his very untimely death recently. Warner Brothers Blu-ray looks and sounds very nice, but once again it’s rather meager on the extras. Solid rental, but it’s not a film I’d go out and buy unless you’re a rabid Werewolf fan.