The Mountain Between Us - 4K Blu-ray Review

The Mountain Between Us 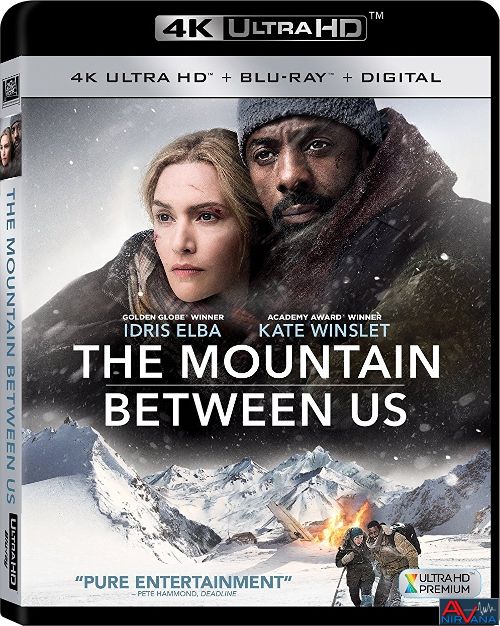 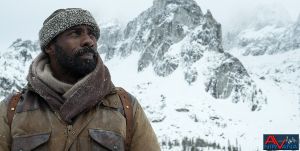 Movie
Man vs. wild has been the subject of countless books and movies over the last hundred plus years with varying results (well, at least with books). The idea of human kind facing the greatest predator of them all, nature, is an exhilarating and terrifying though to most. But also one that has normally brought in quite a bit at the box office. The Revenant was a box office smash a few years back, and I LOOVE Idris Elba, so I was more than eager to check out The Mountain Between Us. I sadly haven’t read the same titled novel by Charles Martin, or even heard what it was about, so I went into the film a bit blinder than I usually do. All I knew was that two people get downed in a place crash and have to survive on top of a mountain until they find their way off. I didn’t catch that it was a romantic movie with the premise of being on top of said mountain being the central plot device. As such I was a little shocked by actual outcome of the film and the way it moved after the 1st act finished. It’s a solid movie, and one that didn’t deserve all of the critical hate it garnered during the theatrical run, but it is definitely a bit more syrupy and soap operaish than most people are initially expecting.

Ben Bass (Idris Elba) and Alex Martin (Kate Winslet) are both in a bit of a bind. They are both trying to get a flight out of the Boise airport in the middle of winter when their flight has been grounded due to bad weather. Ben is a surgeon and needs to get back to a patient in the morning, and Alex is on her way to get married the very next day. Well, Alex has a plan (now I can’t get Bane’s voice out of my head) and this plan is a bit of a contrivance. Marching straight to the airport hanger, Alex introduces them to Walter (Beau Bridges), who agrees to fly the two in one of his charter planes to the Denver airport for their connecting flights. Seems simple enough. That is until the impending storm pushes them off course and Walt has a stroke mid flight, crashing them straight into the side of the snowy mountain.

Unfortunately there’s some more contrivances to push the plot forward. Walt didn’t radio in a flight plan before they left, and neither Ben nor Alex had contacted their loved ones with the updated plan. Meaning they are now stuck out in the middle of nowhere with Walt deceased, Alex with a broken leg, and Ben being the only one who can move around. Being a doctor, Ben tends to Alex’s wounds and assures her that the homing beacon on the plane will attract rescuer’s soon, but it’s not long before those hopes start dwindling. Hours turns into days, and days turns into even more days, with no rescue in site. As the two try to figure out a way off the craggy peak they’re on, a bond begins to form between the two survivors, and their associated lives begin to become a little bit more entangled.

For being a movie about “man vs. wild”, the movie has a surprising lack of real “intensity” when it comes to life or death. The first act takes up the largest portion of that particular plot point, starting with the plane crash, but soon deviates into the romance that is subtly brewing under the surface. It’s pretty obvious right off that bat that something is going to happen, but the somber silence when Ben mentions his “wife”, and Alex talks about her missed wedding clue in you in real fast that there’s more than meets the eyes with these characters, and their attachments may not be as strong (or relevant) to the audience. This particular contrivance is one that I thought drew the story down the most, as the movie tries to make out the audience as being dumber than they really are. Playing off of the obvious in hopes that we don’t see it coming from a mile away. Something which most people are going to pick up on rather quickly.

Then there’s the ending. An ending which leaves the battle of the elements completely behind and turns up the soap opera effect to level 10. I will admit that it is rather cute, and their relationship is kind of sweet, but the contrivance to get there is just a bit too much at times. On the flip side, the movie really does thrive when the two are out in the middle of nowhere, and we’re biting our nails wondering what will happen to them. Not to mention that the tiny Kate Winslet and gigantic Idris Elba really do fit well together on screen. Their chemistry is palpable enough to elicit some solid emotion out of this jaded cinema goer, and despite some of the plot contrivances, you’re rooting for the two of them to make if off that mountain in one piece.

20th Century Fox went all out with the 4K UHD disc as well, and the 2.4K mastered film (the first that I’ve ever seen in that particular resolution) looks great in 2160p. There is a noticeable uptick in clarity throughout the film, with a sharper look to the film, making the excellent Blu-ray look downright soft at times. The outside shots with the whites and blues, with high bright levels don’t show the largest leap due to how sparkling those scenes look in general, but the dimmer lit sequences inside the plane and the cabin really do look leaps and bounds better. The banding that I noticed in the Blu-ray is gone, and the blacks are just silken smooth with fantastic shadow detail. Close ups are incredibly revealing, showing off every crease and line in Elba’s craggy face, and the judicious use of HDR really makes the colors pop off the screen. Comparing Alex’s knitted hat at the beginning to that on the Blu-ray shows noticeably sharper color saturation and with brilliant primaries that just pop off the screen. Simply put, an EXCELLENT 4K UHD transfer from Fox.

The Mountain Between Us never came with a theatrical Atmos track to my knowledge, which is why Fox has decided to use the same 7.1 DTS-HD MA track for BOTH the Blu-ray and the 4K (which means this section will be identical on both reviews). While the movie doesn’t have a WHOLE lot of action (besides the initial crash, and a two other small plot points in the film, the movie is decidedly mild), the 7.1 experience IS quite effective at replicating the outdoor adventures of Ben and Alex. The initial plane crash really fills out all 8 channels with incredible power, shaking the walls with deep LFE and expanding the sound stage with a claustrophobic feeling of terror. Once the two are on the ground though, it tends to quiet down just a bit. This still doesn’t keep the track from being immersive though, as it allows in soft crunching sounds of footsteps in the snow, or the wind whipping around the listener on the mountaintop. LFE adds some weight in the above mentioned crash, as well as a few action set pieces where Alex has to fend off a cougar, or Ben slides down a mountain slope to her “near” death. Overall a fantastic mix.

The Mountain Between Us got BATTERED by the critics when it was in theaters (one of the reasons I passed over it entirely back then), but actually did rather well at the box office, and really doesn’t deserve all of the hate that it was getting. Sure, the movie is not going to win any Oscars, but it makes a sweet date night movie for those who want a little bit of adventure into their romantic dramas, and the wife was about as doe eyed over the film as anyone can be, so those of the fairer sex very well may enjoy it even more than I did. 20th Century Fox brings the 4K UHD disc to us with fantastic technical specs, but a limited array of extras for the home video release. The movie is entertaining in its own right, and makes for a rather solid watch, if I do say so myself. If you're trying to decide between getting the 4K disc, or the Blu-ray disc, then I'm definitely going to say to go with the 4K (unless there is some massive price disparity) as the transfer is excellent, and gives a solid boost from the already excellent Blu-ray.