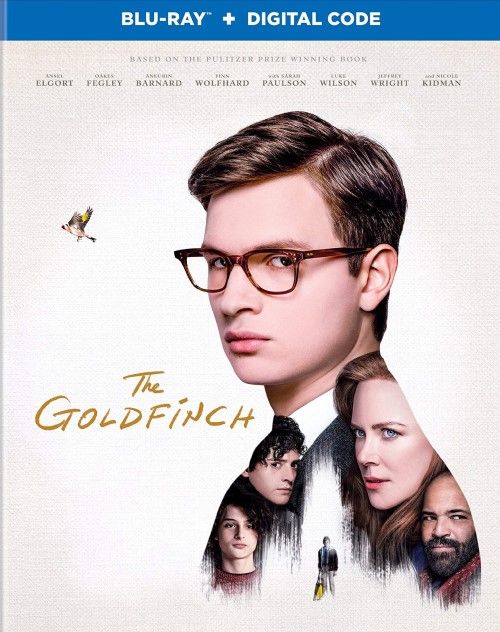 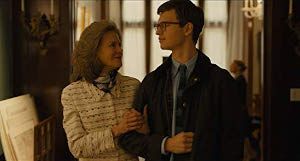 Movie
The Goldfinch is based off of a 2013 prize winning novel by the same name, and being that it was a gigantic 800+ page book, it’s pretty much inevitable that the movie (even at 2.5 hours long) was never going to cram all 800 pages into the run time. Naturally this is going to put some fans off, but hey, no book to film adaptation is ever perfect, let alone AS good as the source material. However The Goldfinch got DESTROYED by critics to the point of parody. It dive bombed so badly at the box office ($10 million world wide off of a $50 million budget) that Warner actually canned the 4K UHD release for the film, and even the Blu-ray itself was on shaky ground for a while. Well, since I missed it in the theaters I went in with a completely open mind, as well as lowered expectations, and came out pleasantly surprised. I can certainly see how some fans would be angered by how much of the behemoth that was a book was left out, but the mass critical destruction of the movie is a bit unwarranted. Going into the film blind and having only read pieces of the book back in the day, I actually enjoyed the slow burn drama. It’s not going to win any awards even without the critical hit pieces, but The Goldfinch is a surprisingly entertaining drama that actually kept me from looking at my watch once, despite the 2.5 hour run time.

A basic overview of the film is going to be difficult due to how simply MASSIVE the amount of plots and subplots that go on under the surface of the movie, but here’s a little taste. The film follows the life of one Theo Decker (Oakes Fegley as a 13 year old, and Ansel Elgort as an adult) after his life is turned upside down by a terrorist attack at the metropolitan museum in New York. He and his mother are visiting there after Theo was suspended for supposedly smoking cigarettes at school only for a bomb to go off and leaving him an orphan. Taken in by Mr. and Mrs. Barbour (Boyd Gaines and Nicole Kidman), the young boy is set to start a new life, only to be once again upended when his deadbeat father (Luke Wilson) comes back to town and takes him back to Las Vegas area with his drug addict girlfriend (Sarah Paulson). 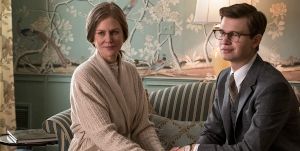 However, Theo has a secret. After the explosion he stole a painting called “The Goldfinch” (painted by Dutch artist Carel Fabritius in the 1600s) and has hidden it with him the entire time. As the boy ages he still suffers dramatically from his incident at the museum, indulging in prescription pain medication, as well as utilizes his position as an antiques salesman to make a bit of a dishonest profit. However, things come to a head when Theo finds out that “The Goldfinch” has been stolen from him a long time ago, and it’s up to him to retrieve the painting before it’s too late and lost midst the European underworld.

The synopsis above is only a cursory description of what goes on in The Goldfinch, and even all of that that I haven’t mention is only a fraction of what goes on in the 800 page book. The Goldfinch is not a thriller, nor is it in an arthouse film, but rather a carefully constructed life story of a boy and his PTSD. Sadly the movie can’t seem to garner the emotional impact that the novel was able to ellicit from it’s audience, and that partially stems from the fact that the movie is a bit TOO much like the book. Books and movies are obviously separate consumption methods of stories, and as such they need different deliveries as well. What works in a book doesn’t always work in a movie, and in this case director John Crowley cut things out from the book, all the while keeping everything that he DID keep in almost word for word from the novel. The end result is a movie that is fascinating to watch, filled with fantastic performances by all involved, but one that seems emotionally barren as it fails to convey the power and pain with it’s visual storytelling.

The best parts of the movie don’t come from the written narrative, but rather situations where nonverbal cues take precedence, or flashbacks that allow the viewer to watch and bask in the warmth of the memory without a heavy handed narration going on overhead. Ansel Elgort and Oakes Fegley both do a magnificent job at portraying Theo at different stages of his life, and even then, there are several sub characters throughout the movie that come close to their level of impact in the film. Sure, The Goldfinch isn’t Oscar material, but despite the clumsiness of the too heavy script the fantastic performances really shine through and make this an enjoyable watch.

Rated R for drug use and language 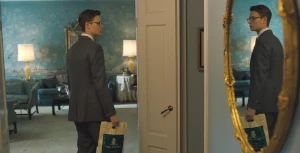 Here is the moment where I really wish The Goldfinch did better at the box office, as then maybe Warner Brothers wouldn’t have canceled the 4K UHD disc. Roger Deakins cinematography is absolutely STUNNING on Blu-ray, as his shot compositions are fascinating to watch, and his use of perfectly lit interiors, and deeply saturated exterior shots are mesmerizing. The whole of New York City is vibrant and natural, with brightly saturated primary and secondary colors, along with amber hued interior shots that have a bit of a blue push to the color grading. Even when Theo leaves for the desert of Nevada, you can see wildly varying color shots. The earthy browns of the Nevada desert sharply contrast with the brilliant blue skies, as does the garish colors of Xandra’s outfits to the brown stucco house they’re staying in. Blacks are deep and inky, while facial details and clothing are intimately nuanced. Wide angle party shots at a swanky hotel show every bit of luxurious detail in the backgrounds as well, and even the dimly lit ash gray memories of Theo’s recollection of the bombing show off flecks of ash and debris falling everywhere. 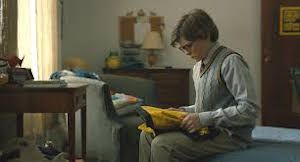 The 5.1 DTS-HD MA track is perfectly acceptable for a low key drama like this one, and is filled with long stretches of somber scoring from Trevor Gureckis, and whispering dialog. Said dialog is always crisp and clean, even at the quietest moment, and broken up my mild ambient background noise and the occasional pop music song coming into the picture. Surrounds are mainly used for ambient noises, but there are some moments of action (the end shootout) as well as some thunderstorms in the Nevada desert that make things rumble and roar just a bit. Bass is very similar in those regards. It’s fairly reserved and quiet, but there are several standout moments that really shake the house with low end and don’t sound overly cooked or out of place in the low key drama. 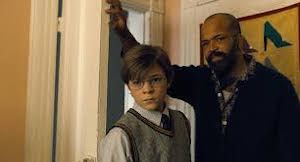 I may be in the minority here, but I didn’t find The Goldfinch worthy of all the hatred that was critically heaped upon it during it’s short theatrical run. Maybe it had to do with my lowered expectations and not having read the novel cover to cover, but the movie itself is a perfectly capable drama that has some really good things going for it. There’s a rather “flat” feeling to the film that makes me think there was a lot more emotional impact in the novel, and the finale is a bit lacking, but overall The Goldfinch left me pleasantly surprised. The audio and video specs are definitely top notch from Warner, and the extras moderate in number and quality of material. Check it out as a rental at the very least if you’re interested in slow burn character dramas.

Thanks for the review. Never read the book nor saw the movie so I am interested in checking this out.