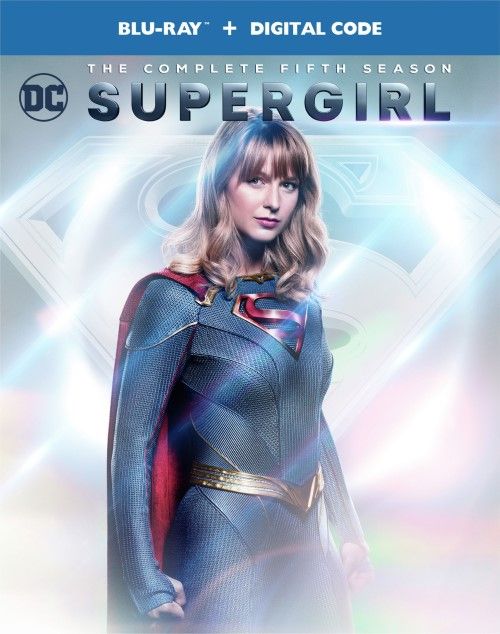 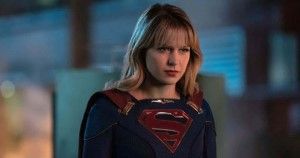 Movie
Last year of Supergirl did something monumental. It proved that despite the heavy political mumbo jumbo, despite all the super duper girl power, and despite being the whiniest of the Arrowverse shows, Supergirl could ACTUALLY tell a really good story. The second half of Season 4 was superb, with Jon Cryer playing an absolutely epic Lex Luthor and leaving the show with the promise of something more. That was a hard thing to do as the previous few seasons have been slowly spiraling down the tubes, getting whinier and whinier, not to mention getting more and more into the “Team Supergirl” flaws that Arrow and The Flash have fallen prey to over the last few years.

Well, while there is some good here, the show went back to it’s older roots, and decided to go down even further with more mediocre writing, and a few problems. The show picks up at the finale of Season 4, where we see the Monitor bring in Martian Manhunter’s long lost brother back from the phantom zone. Now he’s on a reign of terror, back to punish Jon/Manhunter for banishing him to the phantom zone some 300 years ago. Not to mention Catco has been sold off to a friend of Lena Luthor named Andrea Rojas who wants to turn the publication into a clickbait show for ad revenue. This naturally isolates Kara and Jimmy Olson from the higher ups, leaving them no option but to forge their own path. 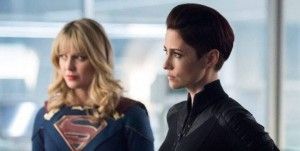 While Andrea Rojas sets us up for the season 5 villain (it was pretty obvious from the beginning, but they’re setting us up for Leviathan next year), it’s the Lena Luthor and Kara Danvers relationship that is the heart and soul of this season. After finding out last year that Kara is Supergirl, Lena has been steadily dropping to the darkside, bringing out her Luthor genes and bitterly embroiling herself in anger and betrayal, all the while plotting to turn Supergirl’s world upside down (seriously, what would the “Super” universe be without a Luthor hating the house of El in some form or another). The two play off each other marvelously, except for the VERY obvious factor of Lena’s fall from good to evil so hilariously out of place. Her reasoning for just going full Luthor is that she feel slighted that Kara didn’t tell her soon enough that she was Supergirl. Literally, that’s it. It’s kind of face palm worthy, and easily the one part of the show that stands out as being overly cheesy (which is hard for a show that basically makes it it’s mission to be as cheesy as possible).

The show is still pretty fun, with good action and newer villains and heroes, but it has also gone down the same path that other Arrowverse shows have done. By that I mean that it has gotten overly reliant on “Team Supergirl”, where Supergirl is no longer the focus of the show. We have the transgender Dreamer, Martian Manhunter, Brainiac 5, Guardian, Alex Danvers as head of the DEO, and several more characters to round out the team. It’s as if The CW producers have a phobia of allowing the super hero to thrive on their own, and have to cram as many other characters into the “team” as humanely possible. It’s one of my biggest issues on The Flash’s recent seasons, as well as what nearly killed Arrow in the last couple of years. Ah well.

Supergirl’s high standards for video quality are just a WEE bit higher this year, as the show’s usually excellent video quality moves into the superb category. The series has some bright primary colors for the main characters, with deep reds, blues and greens dominating amongst a darker background. Colors are rich and powerful (although a bit darkened) and the banding and artifacting that could be seen in previous seasons is mostly gone. The only real “issue” is low light level banding, which is pretty common for the Arrowverse shows due to the dark “at night” nature of the shooting. The series is spread nicely across 4 regular BD-50’s for the regular episodes, while all 5 episodes of Crisis on Infinite Earth is given it’s own disc with it’s own special features (the same disc is found on all the CW Arrowverse shows this year). All in all, great looking set. 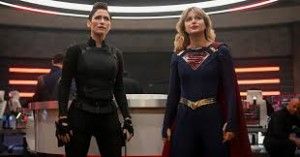 Just like previous years, and previous shows like The Flash, Arrow, and DC's Legends of Tomorrow, the 5.1 DTS-HD MA track is very stable and very reminiscent of the excellence of previous years. The power beams of Martian Manhunter sizzle with energy, while Kara's eye blasts roar with heat. The action swooshes from one end of the sound stage to the other with clarity and distinct energy, whole the LFE is tight and punchy for when needed. The show can definitely sit in the front 3 speakers of the room for a good chunk of time, but there is MORE than enough action to go around and keep the surrounds hot and heavy. Like usual, great mix, very stable and similar to the previous 4 years. 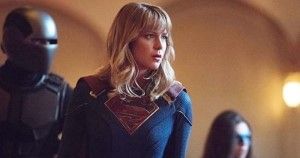 Supergirl: The Complete Fifth Season is a solid entry for fans, but it is also more of the same, which can kind of be a downer for people who have noticed the cringey writing and overly down angst that has plagued the show since season 3. The new changes to the costume Isn’t as big of a deal as the internet made it out to be (Melissa Benoist was supposedly LITERALLY freezing her tushy off in the Vancouver winter, so she requested her suit be more weather proof for comfort levels) and actually looks pretty good. Those wanting the great storytelling of last year’s Lex arc will have to be satisfied with the Crisis on Infinite Earths crossover, as the rest of the season is pretty much the same stuff we had in the first half of last year’s season. Good Blu-ray release, mediocre show. Definitely a season for the fans only.

Interesting, never heard of these before.