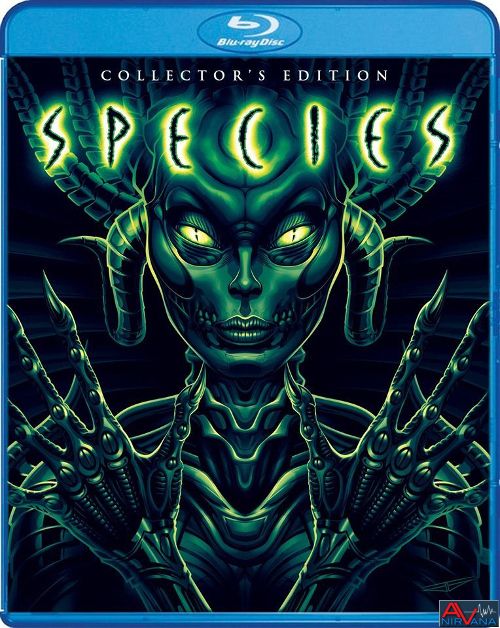 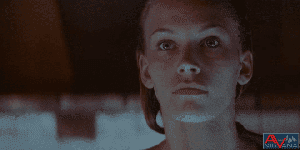 Movie
Life from other planets has been a strange fascination for mankind throughout the ages. We have looked for life elsewhere as long as we have been able to look at the stars, and this fascination plays a large part in science fiction. What happens if we meet someone/something else? What happens if the alien is hostile? What happens if it’s friendly? That natural reticence that accompanies the innate curiosity of man is something that has kept people alive for as long as we’ve been living. The innate fear of the unknown and what could happen to us is what keeps us sharp. Blend that with some vivid imagination and the horror/sci-fi genre is alive (excuse the pun) with paranoia, fear, and plain creepy awesome movies. The movie Life delved into this subject this last year, but 22 years ago we were already discussing what happens if an alien life form runs amuck in the world.

They say sex sells, but what happens if the alien species you accidentally let into earth uses that same mantra to propagate and wipe out all of humanity? Well, that’s the basic premise of Species in a nutshell. Those of you who have seen the sequels that Scream Factory has put out in the last year or so know the basic idea of the aliens, but looking backwards after reviewing II, III and IV and then leapfrogging back to an old childhood watch feels a bit strange. I always knew that Species II was the only really DECEENT sequel out of the bunch, but watching Species after almost 10 years makes me appreciate the first movie in the series that much more. I won’t say that Species is some bastion of intelligence and quality film making. It’s not by any stretch of the imagination, but it IS easily the most cinematic and the most nuanced of the 4 films.

The viewer opens up with a small scroll that lets us know that in the 1970s SETI was looking for human life, only to jump to an image of a young girl (a very young Michelle Williams) being held in an observation tank while scientists mill around preparing to exterminate her for some reason. Escaping by the skin of her teeth, this young girl (known as SIL) escapes into the night. The head research scientist, Dr. Xavier Fitch (Ben Kingsley) soon lets the audience in on the secret when he assembles a team of scientists (and one mercenary) to track the girl down. SIL is actually an alien hybrid lifeform, adapted from DNA extrapolated with an alien communication and then combined with human DNA. It seems that she has grown out of control and now Dr. Fitch needs her eradicated before SIL can destroy anything else.

While the team of scientists try and track her down, SIL is growing and evolving. Much like a butterfly, she emerges from a cocoon a fully-grown woman (now played by Natasha Henstridge), but she still has the mind of a child. Adapting, growing, inexplicably desiring to mate, SIL tries to fit into society, slowly chewing her way through prospective mates (quite literally sometimes) in a desperate biological need to propagate. As SIL gets closer and closer to mating, Fitch and his team of experts are slowly closing in, looking at every clue and every dead body along the way in their own desperation to make sure that SIL DOESN’T mate, at any cost.

While Species isn’t exactly high art, it certainly has a lot going for it. Natasha Henstridge became famous for baring it all as the uninhibited SIL, and it delves into an introspective look at visceral body horror blended with intimate instinctual cravings. As the film progresses you slowly see SIL progressing, becoming one with her natural alien instincts, while her human side struggles with her actions and what she is in the world. The human side is given voice with Forest Whitaker’s “empath” character as he feels and senses her confusion, while Michael Madsen is the cold tough operator who barely feels at all. Alfred Molina and Marg Helgenberger do well at their jobs, but their roles are fairly superfluous to the story compared to Whitaker and Madsen.

Rated R for sci-fi violence, strong sexuality and some language

The MGM Blu-ray of Species was a notoriously HORRIBLE looking Blu-ray when it first came out. If you didn’t look carefully on a large screen it was almost impossible to tell any difference from the DVD (besides some of the macroblocking the old disc had). Using the old MPEG2 encoding method and put on a single layer BD-25 that disc is one of the few embarrassments that is in my collection. The Scream Factory 4K restoration is a BIG step above the old disc for sure, but be warned that it is a distinctly soft looking film to begin with. At first glance the Scream Factory encode looks mildly softer, but if you compare the two discs it’s really readily apparent that you’re seeing MORE fine detail, as the old disc was heavily sharpened and used some nasty interlacing methods. The movie has a distinct change from scene to scene, with some shots looking incredibly soft, while others looking really really sharp. Sometimes it’s an optical effect used with the 90s CGI, and other times it’s just the filter used, but overall the Scream Factory disc is much more natural and revealing. The color timing has been altered as well, getting rid of the green and red push that the old disc had and replacing with a much more natural looking disc. The shadows are very nice looking and show of plenty of detail, while only showing decent amounts of crush here and there. While it’s not a perfect looking 4K remaster, the results are a large upgrade over the MGM disc and a welcome addition to my collection

Species has never had a very impressive audio mix, but the 5.1 DTS-HD MA track on the new disc is a rather pleasant experience. Dialog is well defined, and dynamic range is pretty solid. The flaw to the track stems from the fact that the movie is really not that explosive, or has that wide of a range. Explosions are pretty anemic, and even the famous club scene isn’t THAT impressive. The track is more than capable, but it just seems a little flat and softer than it really should be. There are no major distortions, no fluctuations in the audio or anything, but it has, and seems like, always WILL fail to really impress.

Species is not a wildly intelligent flick, but it is easily the best of the 4 film franchise and works as nostalgic 90s horror/sci-fi flick. As a fan of the film since I was a naïve teenager I was saddened at how poor the MGM Blu-ray looked at the inception of the format, and with MGM pretty much giving up on catalog titles I gave up hope that we would ever see a good edition of the film. With Scream Factory giving a brand new 4K remastering the picture and sound are given a much needed boost, and even though it doesn’t look like a shiny modern movie, the film has never looked better and is HUGE leaps ahead of what we’ve had for the last 10 years. Not to mention the plethora of great special features and the fantastic artwork. Well worth the upgrade if you have the MGM Blu-ray, and a solid buy if you’re a fan.

Alright. I remember seeing this in the theaters (1995?) and I have this vague memory that the original TV had a tag line of "All she wants to do is make babies..." Mike, do you remember that? Time to hit YouTube.

I have looked high and low... can't find it.

BUT, I did find the original Washington Post review of the movie...and guess what quote is in it?

That must be what I'm remembering. Twenty years of cobwebs on that quote, so I'll give myself just a little bit of wiggle room of exactness. I'm sure I read that review in the paper all those years ago - use to have it delivered to my apartment door when I lived in DC.

lol, I remember that line from somewhere too. I think it was used a lot on the review "bites" back in the day.

I remember seeing this one on VHS lol. Mike commenting on a different film I got to see The Autopsy of Jane Doe. WOW, that was one creepy film. I am glad I bought it.

yeah, The Autopsy of Jane Doe was an awesome surprise hit for myself personally

You guys are KILLING me!!!!

I wasn't expecting to order any movies this week... now The Autopsy of Jane Doe is in the mail.

it's a VERY good horror flick. Low on gore, but has some really whacked out twists and turns.

Todd Anderson said:
You guys are KILLING me!!!!

I wasn't expecting to order any movies this week... now The Autopsy of Jane Doe is in the mail.

Good move. You won't be disappointed.