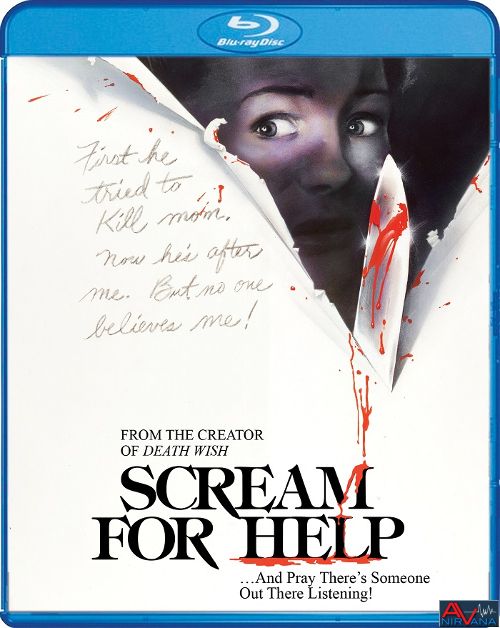 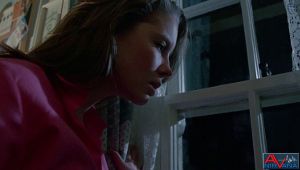 Movie
Whoooooooooooo boy. Now THIS is one of those rare moments where I just have to applaud Scream Factory for pulling this little slice of 80s nostalgia out and letting it breathe some. Scream For Help was one of those 80s films that never really got any love on DVD, as I can’t actually remember them EVER even releasing a cheapo disc for it. The movie was ignored back in the 80s on VHS for the most part (we had a single release), and by the time the 1990s was in full swing and DVD was coming about it had been completely forgotten about. It was basically The Stepfather before The Stepfather came out (although The Stepfather is an excellent creeper flick), but it was bizarrely hilarious in it’s blunt and over the top nature that the flick never really caught on. Which kind of comes down to my rating of the film. I’m giving it an official rating of 3/5, but that’s actually a hybrid rating of the objective score rating of 1/5, and the hilarious amounts of pure entertainment that the film brings, which I have to give a 5/5 across the board. Thus a 3/5 rating when you combine the sheer awful 1/5 and hilarious 5/5 dual ratings.

Much like The Stepfather (which would come out a scant 3 years later), we have an evil stepfather who is a bit out in left field. Young Christie Cromwell (Rachael Kelly) believes that her stepfather is actively trying to killer he wealthy mother Karen (Marie Masters). Her suspicions are given more credence when she snoops around with her Polaroid camera and catches the guy schtooping some random girl. Coming back to tell her mother about Paul’s (David Allen Brooks) indiscretions she is met by eye rolling and pats one the head from everyone involved. But when she finds her car tampered with, a towel jammed in the house’s gas system and various other oddities she’s SURE that Paul is trying to kill not only her mother, but herself as well.

Turning into a little Nancy Drew, Christie digs up even more dirt on her stepfather, but not before he finally unleashes his devilish plan. He and his cohorts of blackmail have decided that Christie and Karen are not worth keeping alive, and invade the house to make it look like robbers have broken in and killed the family. Now it’s up to Christie to keep her mom and herself safe and hope that somehow they can get a message out to the world before its too late. 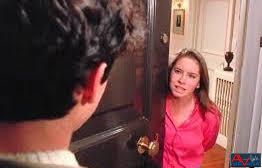 Scream For Help is one of those films that is just so over the top and crazy that you just can’t help but sit back and have a good time. It’s penned by the man who gave us Fright Night, Psycho II, Child’s Play, and Thinner, while directed by the man who gave us Deathwish and Deathwish 3, so you can obviously tell that this is part of that early 80s craziness that made up much of the Cannon films era. The commentary gives us a great look into the making of the film, and you can tell that they were really trying to capture the lunacy and hilarity of Ninja III: The Domination and the Deathwish sequels in their efforts. What it ends up being is a blatantly cheesy film that just drips with a mixture of pure velveeta, cheddar, havarti and gouda all in one messy 89 minute film.

I almost feel bad for loving Scream For Help, as it’s really a mix of painful acting and various plot holes, but I really can’t help but love it it as it is. The acting is on par with most 1980s B-movies, but the sheer blunt nature of the film’s message and the blatant use of random nudity, gore and awful situations is sooooooooooooooo much fun to watch on screen. I watched this film once by myself, and then took it over to have a couple of friends watch the Blu-ray with me, and all of use just couldn’t stop laughing and giggling the entire time. Scream For Help is the very definition of B-movie schlock, but it’s just pure FUN B-movie schlock, encapsulating all of the excesses that made 80s horror movies so great, while still being so technically awful. 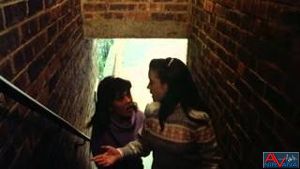 Scream Factory announced that this release was not only being rescued from home video purgatory, but that it would be privy to a new 2K resolution master and the results are staggering. I haven’t seen the video for at LEAST 25 years so I can’t really give a direct comparison against the VHS, but I can’t really see this not wowing people even if it had gotten a DVD release. The film is remarkably clean and clear of the usual 80s debris and print damage marks, and the colors are given their natural luster back. The film is still grainy like most 80s horror films, but it’s naturally so, with only a few optical effects to give some shots a soft look. Fine detail is excellent across the board, with ample opportunity to show off little details on Christie’s shirt, or the dirt that’s picked up when Lacey finds out that she’s crawled through his window during the snooping scene. It’s a very VERY nice transfer and for such a limited film to get such a great release is a real treat. 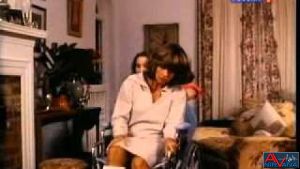 The original 2.0 Mono track is present in the typical DTS-HD MA wrapper, and it is excellently done. The vocals are the main aspect of the track along with the score and both replicated quite impressively. Voices are crisp and clean, and the the ambient sounds are rather punchy. The only downsides to the track is that it IS a 2.0 mono track, and that limits the power and expansiveness simply due to it’s nature. The vocals can be slightly thin at times and the sound effects don’t always ring out with authority, but that’s not anything to really complain about, since it’s how the film was originally shot according to multiple sources. 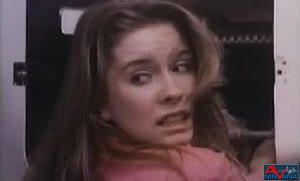 Scream For Help is a bad movie, and I mean a REALLY bad movie at heart. But that awful film is also home to some of the most fun I’ve had in a horror movie in quite some time. It’s the perfect mixture of bad writing and bad acting, but delivered with such gusto and misdirection that you can’t help but have a great time with it. I have no idea how Scream Factory even got their mitts on this forgotten film, but I’m ecstatic to see that they not only rescued it from home video purgatory, but also remastered it for this Blu-ray release netting it a great looking transfer as well. If you’re a fan of bad 80s horror movies then this is one you don’t want to miss.

Thanks for the review. Never saw this so will check it out.

I will DEFINITELY check this one out too I am looking forward to more and more horror reviews from you this month.

lol, I know your tastes. You'll like it. And I have a handful of good horror movies coming this month and next.

Michael Scott said:
lol, I know your tastes. You'll like it. And I have a handful of good horror movies coming this month and next.
Click to expand...

Can't wait. By chance are you going to review the 1980, The Changeling?

no, that's released by Severin films, which we don't have access to at the moment.

Michael Scott said:
no, that's released by Severin films, which we don't have access to at the moment.
Click to expand...

That's too bad. Would have liked a review on the Video part for sure. I have the dvd copy and wouldn't mind getting the bluray if I knew the quality is much better. With these older films it's hit or miss sometimes.
You must log in or register to reply here.
Share:
Facebook Twitter Reddit Pinterest Tumblr WhatsApp Email Link