A few more changes than anticipated in 5.20 beta 11, along with another few bug fixes.

Java drivers now offer 192 kHz sample rate for all platforms, following some changes to improve behaviour at 192k. Make sure the interface is set to 192k in the OS configuration also.

There have been a few changes for the signal generator. The previous signal selection is now restored after checking levels, doing a soundcard calibration or making a stepped sine measurement. Triple tone signals have been added, and some TDFD (Total Difference Tone Distortion) presets have been added to the dual tone signals. Both dual and triple tone frequencies now have an upper limit of half the sample rate. The tone burst generator now has options to specify the period of the bursts in cycles, milliseconds or samples (binary powers to match FFT lengths). The minimum bandwidth for custom filtered random noise has been reduced from 1 octave to 1/3 octave or 10 Hz, whichever is greater. The minimum bandwidth for custom filtered periodic noise has been reduced to 10% or 10 Hz, whichever is greater. The dither bit depth choices have been expanded to cover all values from 16 to 25 bits, allowing the dither level top be scaled accordingly - REW's dither is triangular with an amplitude of 2 lsb peak to peak at the chosen bit depth.

On the Filter Adjust graph the Predicted response now uses the windowed rather than the full IR and reflects the equaliser selection's fixed sample rate rather than adapting to the measurement rate.

A few other minor changes:

The bug fixes are:

I was making SPL measurements with this version and on two occasions I encountered an issue where within the measurement screen, the program would stall and freeze at 99% of calculating the impulse response. This issue occurred in only a specific microphone measurement position. I have attached a screenshot for your reference. The only way to get the program to work again would be to close and restart it however the same problem would occur repeatedly until I move the microphone slightly. It seems the program is unable to calculate the impulse response at some arbitrary microphone positions. I occurred twice while measuring the 2-way loudspeaker and a subwoofer separately and at two different measurement locations within the same space utilizing 16 microphone measurement positions I used so I could average them later. 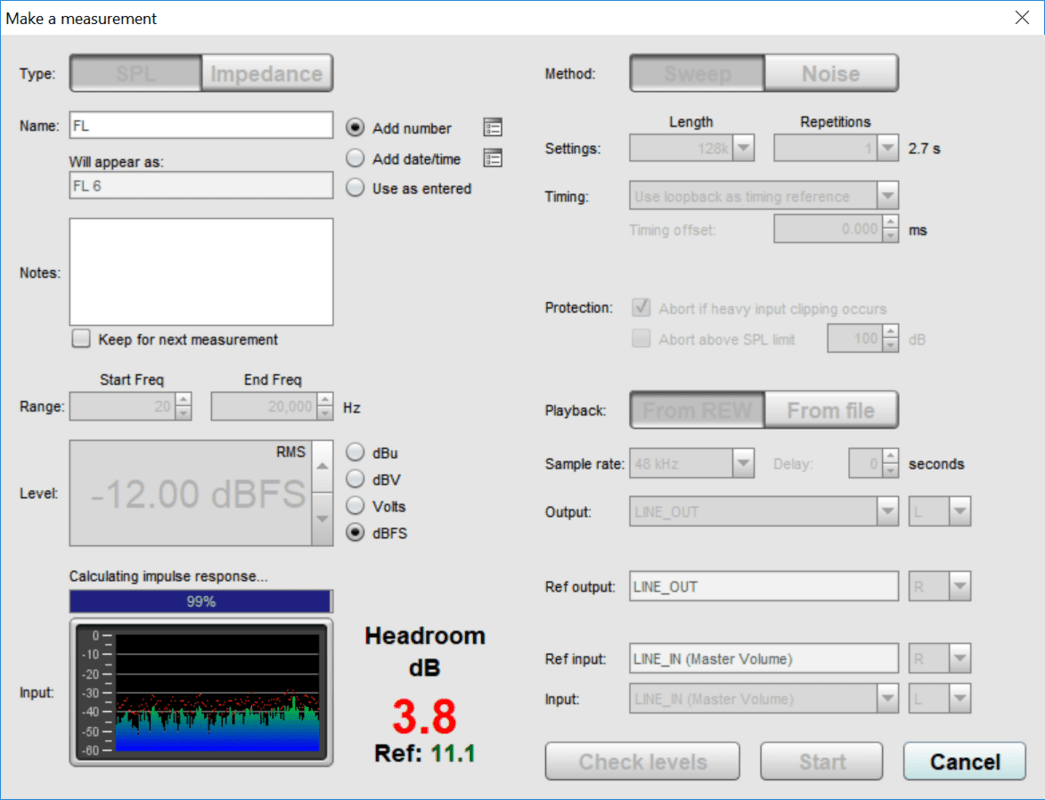