I'm not quite sure how to word this question, but is there any way to add reference lines to an ETC graph? You can hopefully see what I'm talking about below. I can take two images and overlay them in other software, but I'd really like to have the curves for reflection audibility threshold, image shift threshold, and echo threshold (see the Toole and Olive paper "The Detection of Reflections in Typical Rooms"). I know that this can be done by manually editing an impulse response... but that sounds like a major task. 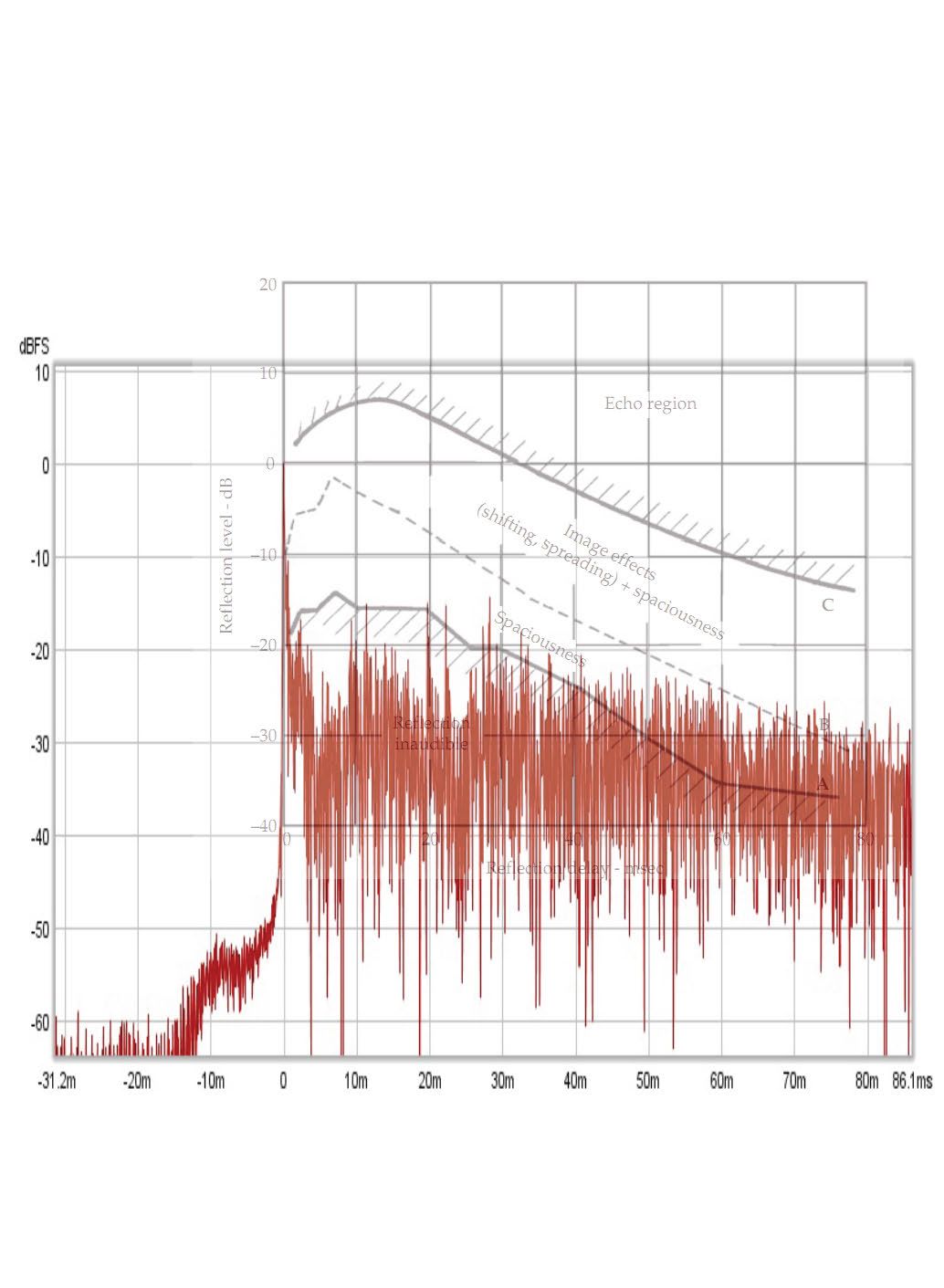 In case anyone is interested, there is a way to make this work: I used a tone burst and (crudely) shaped its amplitude envelope in Audacity, then I imported the resulting wave file into REW as an impulse response.

What this allows is an overlay when looking at an energy time curve in REW so when you are looking at your own measurements, you can have an easier guess as to the perceptual effects of the reflected energy in the room. The top curve is the threshold for hearing an echo, the middle curve is where there starts to be "a change in size or position of the principal sound image", and the bottom curve is when a reflection will just be audible.

Some notes: the overlays are based on an experiment done in an anechoic environment with a single "reflection", I don't know the scalability to a room producing a multiplicity of reflections. And actually measuring an echo will be dependent on sound source/microphone location. Also, in order to get everything to display correctly in REW's ETC window, "plot normalize" needs to be unchecked and the measurements that you make need to be exported as a normalized impulse response and then imported, otherwise the relative signal levels will be messed up.