To all that didn't follow the previous episodes, in short I want to use my computer as a DSP box to convolve external signal from my TV. Sounds simple any pro-logic AVR can change inputs and run DSP. Well in computer DSP there are endless options and that means endless ways to go wrong. See thread below.

Hi everyone, My attempts to use AL standalone convolver for playing external spdif source have been futile (see my post baby steps with AL). I was wondering if there is anyone who tried using JRiver convoler with an external source pluged to the soundcard? preferably with an RME card.

www.avnirvana.com
I have been consulting with @hulkss, he is a real superuser and has an extensive system using Mac and Reaper. Inside Reaper he uses a VST3 plugin called X-MCFX convolver. The convolver can load the wav file and route it to the appropriate ouputs. In my hands the file was loaded yet is was not routed to the outputs in Reaper.
After reaching out to the author of X-MCFX convolver he suggested using a VST host called Plogue Bidule. In it the audio devices can be route audio according to what is installed and then the routing is done by connecting virtual wires. The process is not fully functional but I will lay it out as I have done it and then add some comments questions.
1. install Plogue Bidule. It has a trial version and place X-MCFX convolver in the plugin folder of Plogue Bidule.
2. In Plogue Bidule preference choose ASIO and set sample rate (more on that later).
3. Right click on the screen and add your audio device. In my case duplex RME fireface.
4. Between the input and the output right click and choose VST and then the convolver minimal in/out you need. I chose an 8x8 matrix.
5. Double click on the convolver and choose your wav folder and file.
6. Wire the inputs and to outputs as they are in the AL crossover setup. Channel 0 is 1 etc. In the end it should look like this.

If there are no errors you are good to go.
Issues so far:
1. Not all wav files worked. Some had errors. Still trying to figure out the logic of it all.
2. My input is 96/24 but when I set every option to 96. The software, load a 96 wav file, set the RME to 96 it still won't play. Only 48khz resampling worked so far.
3. A lot of latency even in low latency filters.
4. Not 100% stable on W10. It won't crash if you don't change anything but when playing around it can crash.
Another thing is AL wav filters. When I open them in audacity I get more filters then expected. The system is 3way active with sub. Than means 6 channels for speakers and 2 (combined L+R) for sub. But I get 9 channels. Why is that?

This was the only way to get ASIO playback without the cracks and skips that happened with convertion to windows sound, sending to JR and then ASIO to the interface. So thanks again to @hulkss. Still a work in progress...

update:
So Plogue Bidule was crashing my PC all the way to blue screens. I am now experimenting with Elements. @Mitchco updated HLC has a graphical "wiring" iterface similar to the ones showen above and it is more tailored for AL convolution files. Hopefully that could be a stable solution.
Last edited: Sep 15, 2022
You must log in or register to reply here.
Share:
Facebook Twitter Reddit Pinterest Tumblr WhatsApp Email Link 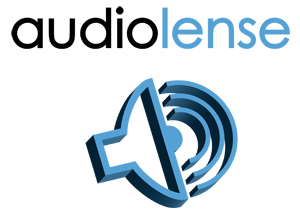 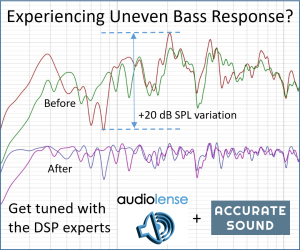