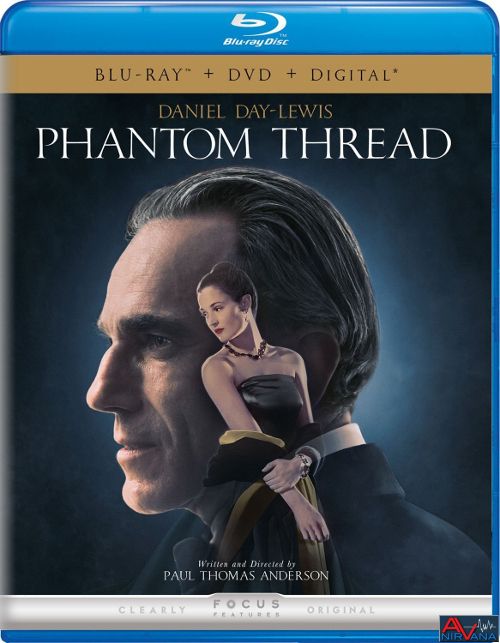 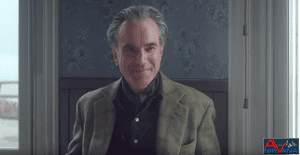 Movie
I have to admit that when I see the name “Anderson” at the end of a director’s name I have to go back and see exactly one of the three it is. If it’s Paul W.S. Anderson then I know we’re in for a bumpy ride of cheesy action schlock (although I have to admit Event Horizon is a sci-fi nerd masterpiece, in my opinion), and if it’s Wes Anderson we’re going to be filled with quirky humor and bizarre visuals. However, if it’s Paul THOMAS Anderson, then there is this sense of mystery and intrigue built into each and every one of his experiences (I can’t call them movies), that is completely different from film to film. Movies like The Master vibe very harshly with works like There Will be Blood. Or even comedic films like Punch Drunk Love. Each and every one of his films is distinctly different, and while his works don’t jive with each and every viewer (I know there have been films of his that I hated), they are loving works of art that deserve careful consideration before loving or hating them.

I hesitate to spoil parts of the movie, but let me say that Phantom Thread is extremely deceiving from the trailer. I know how Paul Thomas Anderson works, and even then, the differences between the film and what the trailer portrays is startling to say the least. I thought I had guessed at least the general premise (or framework) of the movie, but what is hinted at in the trailer is a delicate ruse. One designed to throw the viewer off the track while the real story unfolds underneath. A movie which I applaud with vigorous enthusiasm, as I am very rarely taken by surprise, and this did that with an amazing sense of deftness and ease.

Reynolds Woodcock (Daniel Day-Lewis) is an exquisite dressmaker during 1950s London. He is a bit of an odd bird, but one that has catered to the elite for decades, and has made a name for himself as being a master of his craft. He has a sort of “pattern” that he has created for his life, and the women in his life follow that design to the letter. He becomes enamored with a new muse, only to fall out of love after a time and shuffle them off to heart break city thanks to the constant attention of his sister, and coworker, Cyril (Lesley Manville). It’s simple really. Reynolds has his dalliances in the world of emotions and women, but he uses them for his creative process, and has no plans of settling down and becoming a “normal” human being. That is until his latest dalliance goes south and he finds himself out at his country home. There he meets a charming waitress by the name of Alma (Vicky Krieps), wherein he falls into another spiral of infatuation. 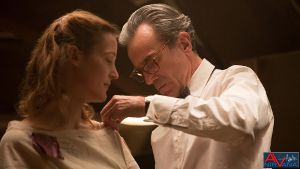 However, this romance is not like anything he’s ever had, and something that the trailer careful crafts a false narrative for in your head. I won’t spoil the 2nd half of the movie, but this is NOT a scenario where the woman comes into the eccentric man’s life and brings him out of his shell. That’s exactly what the trailer seems to hint at (along with the tag phrases of the movie), but that’s NOT what happens in the slightest. In fact, this is almost a mystery/thriller/romance in the way it plays out. There are elements of the traditional romance. Reynolds and Alma have their infatuation period, and then things get tense. But instead of the two coming to a loving arrangement, a dark twist is added to the film and a sort of sick symbiotic/leech relationship plays out.

As I said, I’m not going to spoil WHAT happens in the film, but I fully admit to having to watch the movie two or three times before I fully appreciated it (as is the case with most Paul Thomas Anderson movies). I have a sort of sickened/excited relationship with the story. On one hand there is a dark twist to the story that is almost unsettling and unnerving, but also a strange almost “alternative” sweetness that fits with the way the characters are portrayed. Like anything in life, I’m not sure I condone the nature of Alma’s and Reynold’s love life, but it is an incredibly complex and fascinating tale to unfold on screen. It’s terrifying, mesmerizing, and hauntingly beautiful at the same time.

Part of this is due to the absolutely incredible performance of Daniel Day-Lewis. He is an actor that I can’t help but just be enthralled with, and love to see him perform. I grew up watching film like Last of the Mohicans where he was just considered a “great” actor, but the man has moved into a class where he no longer has to take roles that he’s offered. Instead he can pick and choose which roles he wants to become a part in, and then just absorb himself into the character. Supposedly this is the final film that he wants to perform in before retiring, and it is a true masterpiece of a performance. Once again the man just vanishes into his character, and the eccentric man that is Reynolds Woodcock comes alive. Vicky Krieps is excellent as Alma (as is Lesley Manville as Cyril), but all eyes are upon Daniel Day-Lewis, and rightfully so. The man just BECOMES his character, and the direction of Anderson keeps his character fresh and intriguing, even when the plot takes a sharp turn into left field about half way through. That being said, Vicky really is the perfect foil to Day-Lewis. She doesn’t overshadow his performance, nor does she fall by the wayside either. Her character is the complete opposite of Reynolds, with a demure and submissive personality that evolves over the course of the 2+ hour film. You get to see her still stay sweet and demure, but take on an authoritative air that changes the table on their relationship and throws the dressmaker’s life COMPLETE out of order. 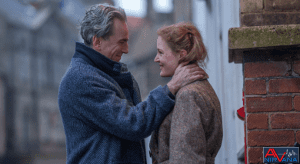 I was shocked to see that we didn’t get a day and date release in 4K for Phantom Thread, especially since it was shot in 35mm (and blown up for 70mm), which is a rarity for films these days. However, this is not a case of Universal throwing the chance for 4K UHD away, but rather they decided to delay the 4K UHD release for another month( for some unfathomable reason, that I can’t begin to comprehend), so fear not. There WILL be a full 4K release in a few short weeks. That being said, the Blu-ray is nothing short of jaw dropping. The cinematography in PT Anderson films are always lovely, but being shot on 35mm film gives the movie a well textured feel that is almost intoxicating for long time film fans such as myself. The movie is given an austere blue and gray look, with hints of bronze (usually for skin tones) and excessive whites throughout. Skint tones can shift from being pale and whitish due to the blue grading, only to go indoors and be akin to a more bronzed tone at times. Details are stunning, showing every line and wrinkle on Reynold’s face, down the immaculate stitching of his garments. Backgrounds are lovingly crafted, with old London housing in the backdrop, with cobble stone streets giving off a desaturated and grim look. The lacing and wonderful intricacies of the dresses he makes show off bright colors and shocking saturation levels, which combined with the strange grading makes for a beautiful looking image. 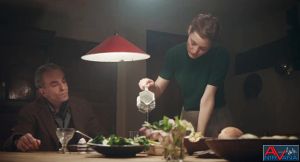 Universal once again decides to use the DTS:X next gen audio format (a track that will almost assuredly be the same track on the UHD release next month), and it settles onto Blu-ray with very satisfactory results. The dialog is always well placed in the center of the room, and the accompanying music flows naturally through all of the other speakers. Surrounds get a modest bit of use aside from the music, and add a nice layer of ambiance throughout the quiet movie (usually coming into full power during party scenes, or in a busy diner). LFE is tight and restrained, but full and punchy when called upon during the musical numbers, making it a well rounded track that really is shockingly lovely to listen to.

• Camera Tests – With audio commentary by Paul Thomas Anderson
• For the Hungry Boy – A collection of deleted scenes. Music by Jonny Greenwood
• House of Woodcock Fashion Show – Fashion Show narrated by Adam Buxton
• Behind the Scenes Photographs – Photographs from the film by Michael Bauman with demo versions of Jonny Greenwood's score

I may not like every bit of the plot, but Phantom Thread is a hauntingly beautiful film that mesmerizes the viewer from beginning to end. I hate to call the film a “movie”, but rather like to consider it an “experience”, as it’s much better experienced than watched as base entertainment. I’ve chewed over the film three times this week, and have found it fascinating and revealing each and every viewing, with each time through it gaining something more from it. Audio and video are incredible, and while the extras are not exactly the best they could be, this coupling of a jaw dropping film, with great technical specs makes it a slam dunk to watch. While viewers new to Paul Thomas Anderson might want to grab a rental first (he’s not for everyone), those who are familiar with his works and enjoy them shouldn’t be afraid of grabbing this one while you can.

Recommendation: Definitely Worth Checking Out