Nadia: The Secret of the Blue Water - Blu-ray Review

Nadia: The Secret of the Blue Water 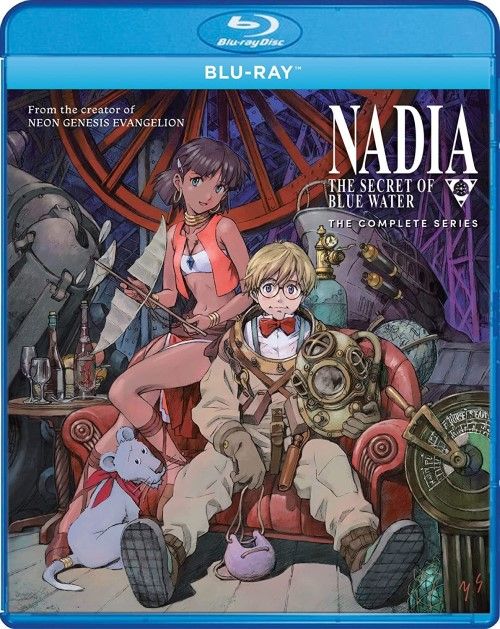 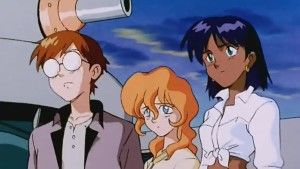 Movie
Back in the 1990s before Neon Genesis Evangelion became the massive popular anime hit that it was, Gainax released Nadia: The Secret of the Blue Water, which really acts as the foundation for what they would later do with Evangelion. Back in the very early 90s it became a smash hit overnight, and while it doesn’t ascribe to the darker aspects of anime that would come in the 90s and early 2000s, it was a slightly disturbing, heart filled sweet show that is still a fascinating watch to this day. I had the original Sentai Filmworks Blu-ray release back in 2014 (which sadly got lost for some reason) and it was nothing special. The show was solid, with good audio, but the aging film master was NOT in the greatest shape, so when Shout Factory announced a new 4K remaster from the source elements by Gkids I was instantly intrigued.

The series revolves around the mysterious Nadia, who appears out of nowhere during the late 1800s as ships are being destroyed by “sea monsters”, and the crew of the Neo Nautilus is going to figure out what’s going on. If that sounds familiar to you, then yes, you’re right on target. Nadia: The Secret of the Blue Water retells the tale of Jules Verne’s 20,000 Leagues Under the Sea with a slightly modern twist, and some quirks with Atlantis and it’s mission. In true Anime fashion we get some mechanical beings, some inspirational speeches by the main characters, and some chibi characters to round out the cute factor. But all in all, this is a fairly fascinating retelling of the old Jules Verne stories. 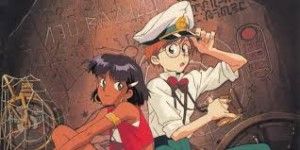 The real villains are not Nemo himself this time, but Neo Atlantis who has amassed an entire technological world out of reach of man, as well as drawing on several differing branches of mythology, including good ole aliens and even some wales. However, what makes Nadia special is the writing. The show is a full 39 episodes long (which is massive compared to most 13-24 episode series that became the norm in the late 90s) and each episode is complete and self contained, even though it contains hints and clues to the next episode where something else will be revealed about Nemo and Atlantis. It’s very clever, and very much a welcome change of pace considering how everything in today’s TV world is about massive serialization, where each episode is nothing but a setup for the next one instead of allowing for each week’s episode to have an wrap up. I’m not saying that I want serialization in Anime to go away, but Marvel has sort of pushed the boundaries of weekly storytelling, making everything one giant setup for the next episode, and sometimes it’s nice to see a show that can tell a self contained story in each ep, while still maintaining that push forward into the greater narrative goal.

That being said, there is some bloat to the series, as NHK (the broadcaster and funder of the series) ask for more episodes than the creators initially wanted, and as a result we get some EXCRUCIATING filler episodes. The worst of the batch being some of the Island episodes, or the musical “My dead Nadia” episode. These episodes started cropping up around the 20th episode mark, so the last half of the series can sometimes drag a bit, and for good reason. Luckily you can skip most of those episodes and still retain the major plot points if you’re not a completionist...but who am I kidding, I’ll watch every episode as I AM that rabid completionist (it’s a curse). 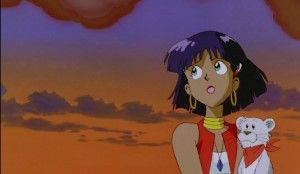 Now, while the Sentai release was ok, Gkids has announced that they have gone back to the source elements and struck a new master in 4K. While it is a nice new shiny master, there are some caveats to this new encode. The remaster is just that, a remaster, not a restoration. That means we’ll still see some flickers and speckles on screen from print damage, but the colors are brighter for sure, and the new detail levels bring out the fantastic animation to peak clarity. The line are is not as wavery or artifact ridden, with the only real artifacts that I could see was some occasional banding that cropped up now and again. As I said, I lost my 2014 Blu-ray disc so I’m going by memory hear, but there is a very nice upgrade in clarity from what I remember. It’s never going to be perfect due to the aging source materials and the fact that the show was an early 90s budget anime, but this is easily the best the series has ever looked. 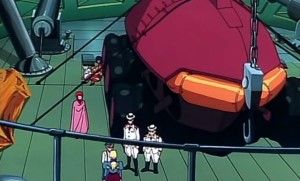 I can’t be sure, but it looks like Nadia sports the same 2 DTS-HD MA 2.0 tracks from the Sentai release. Which means they have the same rating as when I watched the 2014 release, which is both good and bad. The good is that this doesn’t have a new dub (the old one was actually pretty stinking good, and this coming from a subs person), but we also have the mediocre audio experience that was the old listening experience. They’re both a bit boxy and tight, with very little sound stage depth. The vocals are clean and clear, but they sound slightly hollow and don’t have a lot of weight behind them. There’s some minimal LFE (such as when the New Nautilus fires it’s cannon in the last episode), but overall this is a fairly constrained TV stereo track. Nothing fancy, but gets the job done. 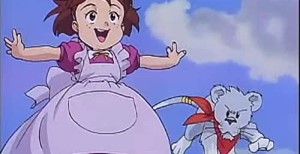 ​
Despite some minor gripes with filler episodes, Nadia is a blast of a series to watch, and you can see some elements of inspiration that would go into future shows (the New Nautilus really reminds me of the ship from Irresponsible Captain Tyler) and the new 4K remaster of the show breathes fresh air into the rather stale Sentai Filmworks release from 2014. There’s some minor quibbles in that I would have liked to have seen more extras, but overall this is a great release for anime fans, and actually worth the upgrade due to the new video in my humble opinion. Great Watch