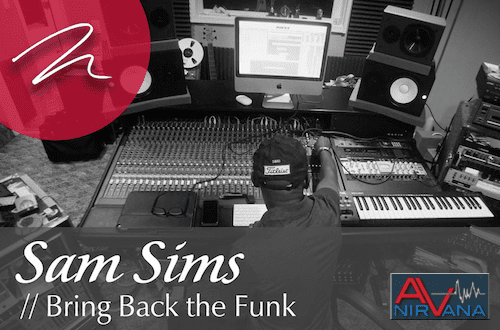 (November 12, 2019) MartinLogan, one of the industry’s most elite manufacturers of electrostat speakers, has released a collection of short films called Artists in Motion. While the films feature artists that may not ring with familiarity, they’re all associated with well-known bands, artists, and projects such as Eric Clapton, Earth, Wind & Fire, The War on Drugs, Mariah Carey, Janet Jackson, and more. Additionally, MartinLogan says they all share commonalities as they skate along the cutting edge of creation, continually re-imagining, inventing, and exploring their craft.

“This film series highlights artists stepping out from behind the scenes to tell their stories, describe their creative process, and show us the reality of creation,” explains Justin Bright, Director of Marketing and Digital Technology. “These professionally produced films don’t overtly endorse the MartinLogan brand. They reinforce the essential elements of the MartinLogan mission by illuminating the creative process. The effect is compelling and authentic.”

Each of the four videos is short, with run times ranging from four to seven minutes, but deliver exceptional production quality.

Meet the featured artists, as detailed by MartinLogan:
“MartinLogan is devoted to creativity and innovation. It’s our privilege to spend time with these passionate people,” says Bright. “Their intensity and enthusiasm sparks our excitement and fires our drive for innovation. The next creative breakthrough is inside us and all around us at the same time. ‘Artists in Motion’ is a tribute to the creative spark that inspires us to create Truth in Sound with every MartinLogan speakers.”

You can watch Artists in Motion by visiting MartinLogan’s YouTube page or by clicking on the videos below.

Oooh....I love me some good videos. I’ll be checking these out tonight!

Thanks for these, Todd! I can't wait to check these out!!!

Thanks Todd, I will also check them out.