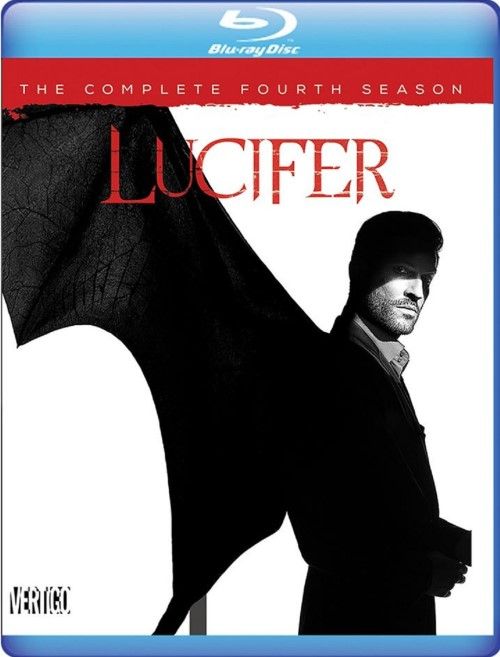 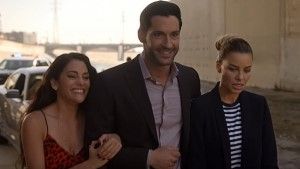 Movie
Netflix has become almost a haven for canceled shows these days. First it was Longmire and now it’s snowballed into the default thing for them to do when a good show is cut short in it’s prime (well, except for Dark Matter, for which I will forever be bitter at SyFy for cutting it short JUST at a massive cliffhanger season). Literally DAYS after the notice that Fox (also infamous for cutting shows short) had canceled Lucifer, Netflix made the announcement that they were going to be rescuing the show for a fourth (and now 5th and final season) with a shortened episode list and a more focused plot. Like many broadcast TV shows that are 20+ episodes, season 4 actually took an upward trend in quality, cutting most of the filler out and leaving the core story of the show to shine through. All I can say is that I’m forever grateful, as the show doesn’t continue to drop in quality (the 3rd season was kind of mediocre) but actually rose to the excessive fun and originality that was the 2nd season’s peak!

As with all TV shows, the review hinges on the fact that you’re familiar with previous seasons, or at least be aware that some divulging of previous seasons plot points will happen. Anyways, the season 3 finale ended with Lucifer (Tom Ellis) actually revealing his “devil face” to his partner/love interest Chloe (Lauren German). Picking right up where we left off, the show has changed and so has the tone. As a police officer Chloe has been skeptical of all of Lucifer’s intimations about heaven, hell and his identify, but always put it aside due to his incredible ability to sniff out crimes and put himself in the shoes. Well, it’s been a month since his reveal at the end of season 3 and he’s worried about how Chloe is going to handle things. Needless to say, she handles it rather well, considering his IS the rule of hell and all that jazz.

With a few misgivings and some changes to their relationship, Chloe and Lucifer get back to work solving crimes, but get sidetracked when a NEW spiritual being comes to play in the form of the biblical Eve (Inbar Lavi) who actually ACCEPTS him for all of who he is, and a father Kinley (Preacher’s Graham McTavish) who kind of wants to banish the prince of darkness back to hell where he came from. Now Lucifer is set with a choice. Does he follow Chloe into the light, or does he fall back on Eve, a beautiful temptress who accepts him in all of his devilish glory. And of course having to evade Father McKinley as well, cuz what would Lucifer be like if no one was after him to send him back to literal hell. 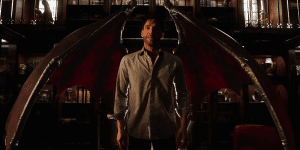 Outside of a few nude scenes and a couple of more “mature” swearing bits, the show really hasn’t changed much on Netflix. The first six minutes of the first episode has most of the nudity in it, then the show pretty much gets down to business as usual. I will say this though. The choice to make the show 10 episodes was an excellent choice. Most of the broadcast shows on Fox and The CW suffer from copious amounts of bloat, and trimming down Lucifer really helped it get over the stall that happened in the 3rd season. The show actually gets MORE fun and the cliff hanger ending is the perfect setup for the fifth and final season (which was originally 10 episodes as well, but Netflix increased it to 16 episodes, to be released in two 8 episode batches, kind of like The Ranch does).

Lets be honest though, this show is not just good, it’s good BECAUSE of Tom Ellis as Lucifer himself. He gives such an amazing performance (and he actually sings the musical bits in the show himself, he doesn’t have someone else ADR’d over the top of him lip syncing) as the devil incarnate. The addition of Even really brings out a new side of him than what we’ve seen before and it’s refreshing to see him change it up from the typical witty comebacks that has made his character so endearing. Not to mention his chemistry with Chloe. Usually these romances between a police detective and a consultant (think Castle after it went off the rails) seem forced and cliched, but this one is very solid and impressive. Basically a more insane version of The Mentalist’s take on that angle. It’s quirky, fun, and totally refreshing, making it one of the more playfully fun comic to TV adaptations in quite some time (and a huge breath of fresh air from the angst ridden DCTV stuff on The CW). 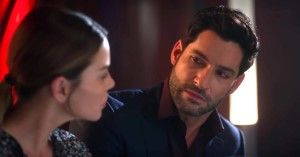 Warner Archive has always held the Blu-ray distribution rights instead of Warner regular (which has only released the DVDs), but this is the first time that I’ve actually got to see one of the Warner Archive Blu-rays for the show. All I can say is “wow”, this is amazing. The Show is night and day better on 1080p rather than 480p DVDs, and the added bandwidth is well worth it. The show has always looked “good” on DVD, but rather soft. The Blu-ray for the fourth season is razor sharp and stupidly detailed. Colors are bright and vibrant, and fine detailing is exquisite. The only thing that I can hold against the show is the occasional digital noise that’s obvious when you look at the far away “long shots” of Los Angeles, and a few instances of dodgy “TV Grade” CGI. Otherwise a fantastic looking season.

The 5.1 DTS-HD MA track is a nice boost from the 384kbps 5.1 lossy track on the DVD, but it’s still just a “good” track. The show really doesn’t require a stellar audio mix, and the police procedural styling usually leaves some of the more aggressive mixing at home. Instead we get heavily dialog driven tracks that have the occasional burst of aggressive energy (such as during a demon battle, or a stand-off in Lucifer’s night club with a crazy bomber). Everything is done well and certainly checks all of the boxes off, but overall, it’s a typical TV mix. Nothing to ooo and awe over, but certainly a very good mix that should please most everyone. 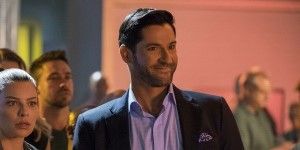 While not a whole lot has changed with the move over from Fox to Netflix, enough has changed to warrant the show rising back to it’s season 2 glory. The 4th season brings in some interesting new characters, changes up Lucifer himself a bit, and sets up the final rip roaring season 5 with gusto. Warner Archive’s Blu-ray is a welcome boost in both video and audio compared to the DVD’s I’ve reviewed thus far, and definitely is the definitive way to watch the show if you can. Back on top and looking great, I have to give both thumbs up for a devilishly good ride and make this one of my highly recommended shows.