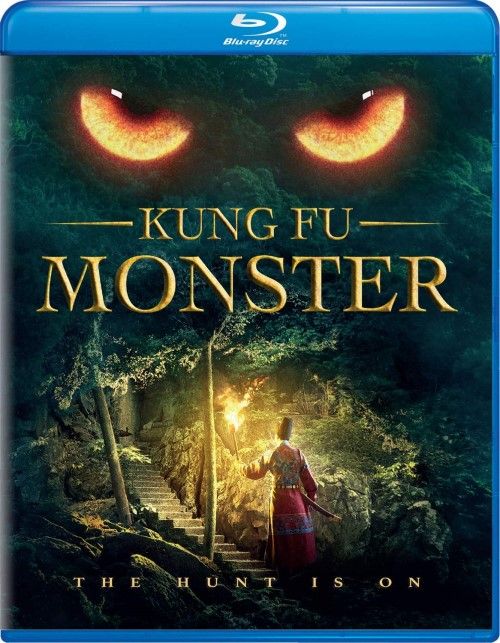 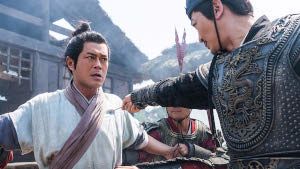 Movie
What in heroin induced, meth crazed, cocaine addled thinking every thought that this would be a good idea? Before I say anymore, let me reiterate that I’m a HUGE fan of Well Go USA and Asian cinema as a whole. I’ve grown up with the worst of the worst, and the best of the best, and can watch most of it with gleeful abandon. But very few times have I seen a crazed sort of film like this that just oozes with a mixture of 1960s James Bond like songs, slapstick humor, bad CGI, and martial arts battles that make less sense than me trying to fight a bullfrog wearing nothing but feathers and singing the Battle Hymn of the Republic. Yes, that pretty much sums up Kung Fu Monster as one of the weirdest and most bizarre Hong Kong action flicks I’ve seen in some time.

For those of us with pets and/or children, there’s a HUGE debate that has gone on over the years about nature vs. nurture. How much of a person/pets personality and character is made up sheer genetics and instinct….and how much is made of upbringing and careful care (or non caring) of the psyche? This debate has raged for literally as long as man has been alive, and this particular theme runs throughout the movie as well. Back in the old dynasties, the Eunuchs were getting out of control power wise, and Crane (Alex Fong), the most violent and vicious of the Eunuchs has been mastering the art of taming monsters to do his bidding. Unfortunately it’s with the age old hard hand of torture and abuse that tames his beasts, and this newest test subject is a furry little guy (that’s weirdly similar to a badly CGI’d version of Gizmo from Gremlins) that sobs and cries as he’s being whipped into fearing for his safety.

Luckily the little beast has the helping of Feng (Louis Koo), the right hand man for Crane. Feng doesn’t take to his master’s attempts at torture, and instead tries to imbue a sense of love and care for the creature, and winning over it’s heart that way. After seeing what Crane will turn the beast into if he ever has his way, Feng escapes with the creature into the mountains, prompting the rage fueled Eunuch to chase him down and destroy anything in his path to get his little killing machine back. 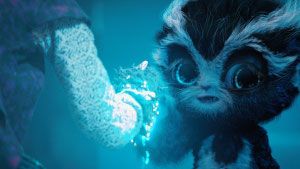 The first few minutes of the movie really set the tone, giving us a bizarre 60s inspired James Bond esque opening, and then running full tilt into comedic relief once Feng and the fuzzy little guy escape. The rest of the movie is just one slapstick scene after the other, filling in the gaps with a little bit of high flying martial arts, magical chi powers, and just pure nonsense till we get to the obligatory end battle where our Gizmo like innocent creature is able to unleash the full powers he has against Crane and the forces at his disposal. It’s pretty predictable, but what really sets the film apart is how utterly crazy and insane the film is. I was honestly staring the at the screen mouthing “what in blazes am I watching? And what drugs have I accidentally ingested, as there is no other logical explanation for this.

Acting wise, Louis Koo seems to really try his best, but even he is uncertain how to play his character Feng. Some times he’s the wise and benevolent leader, sometimes a saddened former soldier, and other times he can figure out whether he’s the slapstick comic relief. The film also suffers from having too many heroes and sub characters. Most of them seem to act as filler for the film, and their copious time on screen only further makes the movie even more overstuffed and nonsensical. 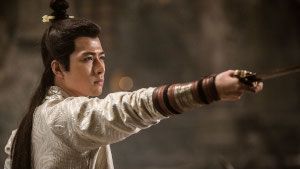 Kung Fu Monster is another film that I’m having a very difficult time tracking down the cameras used and the resolution of the home video master. However, I’m relatively certain (by a large margin actually) that this was a digital shoot, and that the master was most likely given a 2K digital intermediate for the Blu-ray and DVD release. The film looks very nice for the most part, but it is hampered with some soft looking shots (mainly to do with the over use of CGI), and the color grading can sort of jump around a bit. Sometimes it has that green/blue look to it, while others are resplendent, with sharp details and bright shiny reds, blues and greens and golds. The disc itself is pushed to a single layer BD-25, so I did notice some compression issues here and there, mainly to do with crushed blacks and some mild banding. It’s a good looking disc for sure though, and despite some of those relatively minor flaws, will still be more than appealing to most viewers. 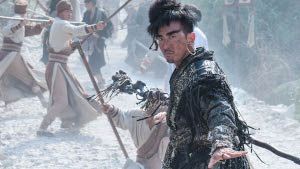 The 5.1 Mandarin track (in lossless DTS-HD MA) is the highlight of the film, and certainly doesn’t skimp on the sound effects. The track is just overwhelmingly awesome in all regards, giving us a ton of surround effects and explosive bass laden action. The squeaks of the monster echoes in a small stone chamber, or the roar and smash of rocks as they explode from Chi power reverberate around the listening position. The crazy battles and action sequences near the end literally use all 6 channels to much aplomb, and the dialog itself is above reproach. LFE response is powerful and VERY much present throughout just about every second of the movie, adding weight to the musical score, as well as bone crunching action. The one thing this film really has going for it is near impeccable sound design, and the Blu-ray just relishes in that. 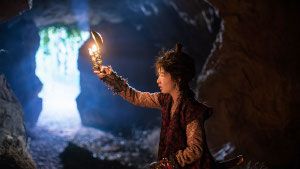 I really wonder just what the powers that be were thinking when they created Kung Fu Monster. It’s a bit of a mishmash of different genres, blending humor, action, and fantasy into one film in uneven amounts. The end result is a very awkward film that everyone involved in seems to be wondering the same thing. Why am I here, and what am I doing? The Blu-ray itself is rather well done, with good video, great audio, but a distinct lack of extras (which is actually very typical for most Well Go USA releases). I’m usually a huge fan of the bizarre comedic action films from China, but this is one that I just couldn’t mesh with whatsoever. Personally I would just skip it unless the trailer really gets you curious.