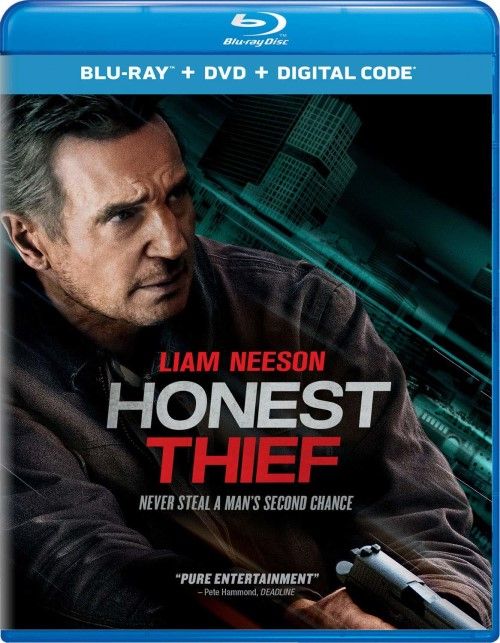 Movie
Liam Neeson has had a wide and varied 42 year long career. He’s gone from bit part character in 80s action movies, to cult comic book hero, to massive box office draw playing in some of the biggest blockbusters of the 90s and early 2000s, culminating with him having a special set of skills….3 times. However, as with all action stars, things come to a close in the blockbuster department. When you get to a certain age the massive leading roles dry up and you have a few choices in front of you. Play the “old man” bit parts in the downward angle of your career bell curve, retire, or go to making low budget action movies. The craggy faced ex boxer chose the final option, but he didn’t go down like Steven Seagal, Cuba Gooding Jr., or John Cusack. Instead he’s made a litany of low budget thrillers that aren’t super blockbuster level, but nowhere near cheap DTV level either. His craggy face, rasping voice, and hulking frame has kept him employed with a steady line of mid tier movies that still making good use of his frame and popularity to feed the audiences a goodly supply of action movies that all feel the same. Liam Neeson is an ex bad guy, or ex commando who wants to do the right thing, but gets caught at the wrong place at the wrong time.

Liam is Tom Dolan, an ex bank robber known as the “in-n-out bandit” who robbed 12 banks before finally settling down with woman by the name of Annie (Kate Walsh). Forgoing his decade of crime isn’t enough for Tom, as he wants to come clean to Annie and make a fresh start. This entails him turning himself into the FBI in exchange for a reduced sentence so the slate can be wiped clean without him spending the rest of his life in jail. However, his plan starts to go awry when the special agent in charge (Robert Patrick) isn’t exactly very helpful in turning himself in. You see, a dozen or so people have already claimed that they were the bandit, and it just sounds like another old man trying to get his 15 minutes of fame to the officer.

Sending over a couple of low level agents named Niven (Jai Courtney) and Hall (Anthony Ramos) he attempts to prove it by showing the agents the cash, but human greed kicks in. Niven ropes Hall into stealing the money, only for the plan to go south in a hurry. After murdering his boss, Niven and his reluctant set off a chain reaction that flicks on the rage switch for good old Tom, who is now dealing with a shot up girlfriend, a dead agent who was his only chance at redemption, and a couple of corrupt FBI agents who have his money. Now it’s do or die, and Tom isn’t about to go quietly into the night, but instead goes head on with the agents, ready to prove himself innocent and show the rest of the world just what happened to him.

Honest Thief isn’t a bad film, but it isn’t a great film either. Like the last several years worth of Liam Neeson movies, it hovers in the middle as a generic action film with Neeson rasping into the phone ala Taken, and shooting up bad guys with herky jerky action choreography to hide his stiff and aging body movements. Really, Honest Thief is pretty good. It entertains for the whole 100 minutes, and while it isn’t SUPER engaging, works perfectly fine as a solid action movie for the weekend.

Neeson is finally starting to show his age, but he still plays to his strengths, putting forth a decent effort as a tired old bank robber who doesn’t want to hurt anyone if he doesn’t have to. Patrick pretty much phones in his performance, but Jeffrey Donovan is surprisingly likable as what can only be described as if Michael Weston took a desk job. Again, it’s nothing special, but the movie keeps a brisk pace with solid action, plenty of Liam Neeson rasping into a phone about how he’s gonna get the bad guy, and Kate Walsh is easy on the eyes (I did appreciate that they got someone close to his age for the love interest, instead of the 60+ year old action star getting the 25 year old girl like you see in all the DTV films).

Shot digitally with Arri Alexa cameras, Honest Thief is a great looking picture. Heavily bathed in teal, it has a slightly stylistic look to it (seriously, outside of a few outdoor shots, the entire picture looks like it was coated in that teal shade that has become so popular the last two decades), but is still razor sharp and clear. Fine details are superb, showing every crease and line of Neeson’s face, as well as intimate clothing details such as his denim jacket, or the black suit coats of the FBI. There’s a few very mild soft shots in the storage unit due to the dim lighting, but banding and noise are nearly nonexistent. It’s a very sharp and clean image for sure, and while it may not be a mega blockbuster, the picture remains top tier.

Just like the video, even though not a mega blockbuster, Honest Thief delivers a stellar audio mix in 7.1 DTS-HD MA. The track’s booming score ripples throughout the mix with ferocity and power, hitting us with deep bass hits that really rattle the rafters. Voices and dialog are above reproach, always being intelligible with crystal clear clarity. Surrounds get a hefty workout as well with the hustle and bustle of the city, or the screeching sounds of a high speed car chase (and a subsequent crash that really shakes the walls). The confrontation between Hall and Dolan is extremely intense, with one of the best bass hits of the entire movie as Dolan clobbers him with the bat. It’s an all around great mix that proves that you don’t need a lot of money to make a movie sound good.

Honest Thief is not a great movie, but it’s entertaining and rather fun, especially if you’re a fan of Liam Neeson’s last decade of popcorn movies. I wouldn’t go looking for it at full price right out of the gate, but as a cheap purchase or a rental it’s more than serviceable. Universal delivers another stellar audio and video set, but the film’s lack of extras is a bit disappointing (although it’s not a very deep film, and it’s not like the extras would have been super interesting anyways). Solid watch.

Looks like classic Liam from the Taken series for sure. I'll have to give it a watch at some point.

I have pretty much the same thoughts. The screenplay is middling but Neeson does his best to keep it entertaining. My biggest gripe are the two FBI agents, which are more like Keystone Cops with their poor decisions, but without them the movie would have been over in about 15 minutes

I have pretty much the same thoughts. The screenplay is middling but Neeson does his best to keep it entertaining. My biggest gripe are the two FBI agents, which are more like Keystone Cops with their poor decisions, but without them the movie would have been over in about 15 minutes
Click to expand...

lol, yup. Their decisions were HORRIBLE. I laughed so hard when they basically did things that even a rookie would nail them on, then think they would get away with it.