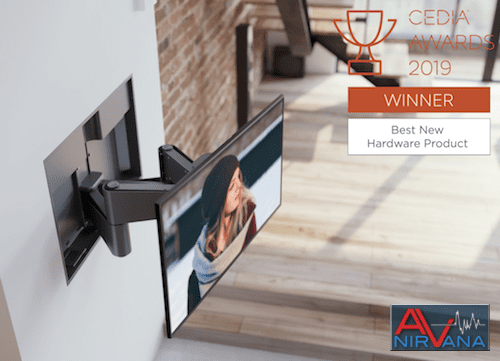 (October 22, 2019) The TV mount industry is an interesting one, presenting options from the ultra-inexpensive and minimalistic AmazonBasics Heavy-Duty Tilting TV Wall Mount to high-priced and tech-laden options from brands such as MantelMount and today’s featured manufacturer: Nexus 21.

For those of you that predominantly swim in consumer circles, the name Nexus 21 might not roll off the tongue, as the company primarily designs and markets to the custom integrator segment. Having 14 solid years of experience under its belt, Nexus 21 has assembled a drool-worthy stable of mounting products, ranging from ridiculously fun pop-up and drop-down TV lifts to projector lifts and articulating wall mounts. To best summarize: this is high-class stuff, designed to seamlessly perform in state-of-the-art residential install environments.

That brings us to Nexus 21’s latest creation, the Apex Motorized TV Wall Mount, which launches today for a cool $3,950 (MSRP). As you might surmise from that beefy four-digit number, Apex isn’t your typical mount. In fact, Nexus 21’s CEO (Cory Lovett) says it's a re-engineered marvel that can tackle just about any installation scenario imaginable.

“The inspiration behind Apex is to erase the pain professionals experienced with motorized mounts of the past. No more damaged motors. No more loud, bulky mechanisms,” says Lovett. “Apex allows integrators to say ‘yes’ to their customers every time and spec a motorized mount with confidence.”

At its core, Apex can be matched with flat-panel TVs sized 50” to 80” with standard VESA patterns (total weight ≤ 100 lbs). For applications where a flush mount is desired, it can be installed in-wall allowing a TV to sit a mere 0.6” off the wall. However, it can also be installed on-wall, resulting in a 4.4” depth.

The mount’s internal motorized mechanism is capable of extending 24” while swiveling up to 45-degrees; owners can save up to three preset positions. According to Nexus 21, its new “Smart Drive” technology protects the mechanism from damage due to manual user movements, allowing the mount to actively know its position and engage safety measures when encountering resistance.

Install-wise, Nexus 21’s Apex’s modular nature allows for installation by only one technician, with fine adjustments available through a three-point horizontal and vertical leveling system. And key design elements, such as the ability to discretely hide components (e.g. Apple TV) and as many as six cables, make for a super clean and sleek appearance.

Nexus 21 sells its mounts primarily through a dealer network, however, the company is happy to consult directly with consumers on a case-by-case basis. For more information about Apex and other Nexus 21 mounts visit https://www.tvlift.com. 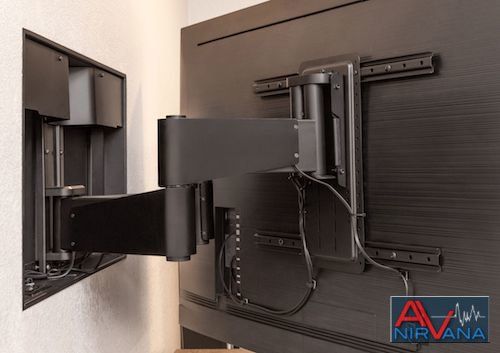 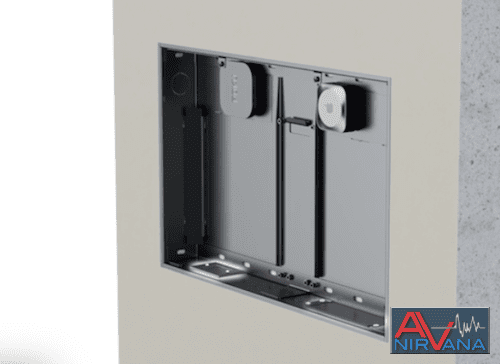 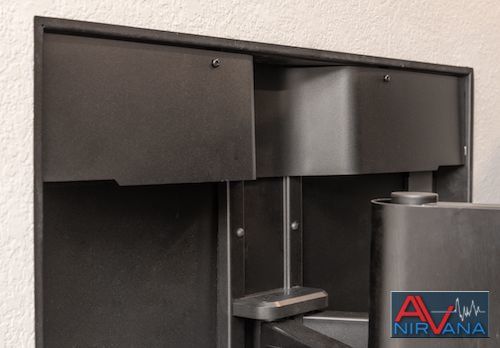 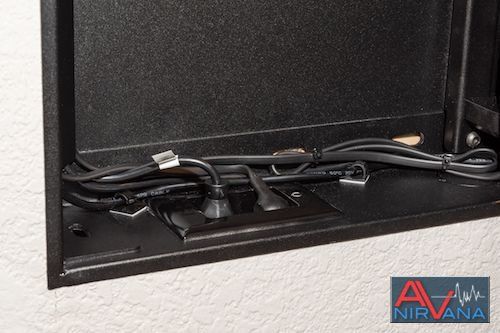