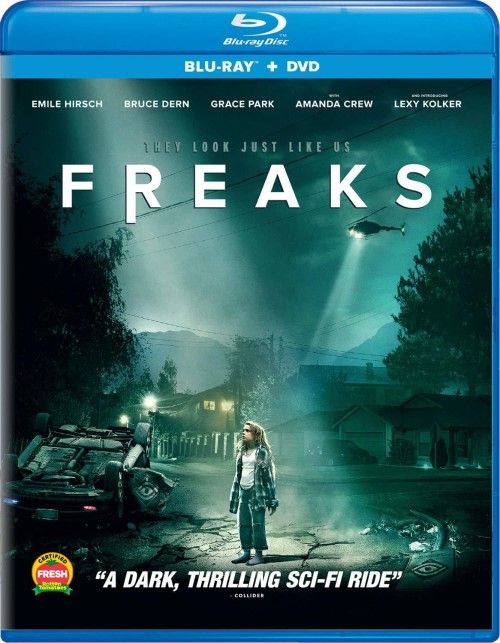 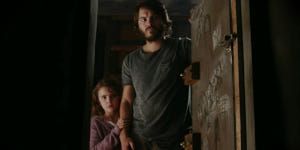 Movie
One of the biggest downsides to modern internet culture is the complete lack of mystery in upcoming films/video games/books etc. When I was a child we grew up in an era where watching the trailer on the TV or in theater was the only way to tease ourselves with the concept of new and upcoming entertainment. Now a days we can just go online and with the stroke of a few keys we can find everything from leaked press releases, to a myriad of youtubers piecing together little bits of information like a puzzle, or reading about someone stumbling upon a set and filming part of it, only for us to be disappointed by the time the movie comes out as everything has been previously revealed through the all famous internet. Movies are no longer a mystery, and some film producers have gone so far as to leak fake scripts, double blinds, and otherwise dole out false information in hopes of keeping the internet hounds from spoiling the film before it’s theatrical run. I guess it’s a different time, but still there’s always something that comes out of left field and surprises you.

Freaks is just that type of film, a mystery box type of film in the vein of 10 Cloverfield Lane, blending sci-fi, action, comics and horror into one ever expanding puzzle that only fully unlocks in the final act. When it hit film festivals Freaks was getting a LOT of positive word of mouth and I was more than eager to check out a pre-screening. I knew next to nothing going in (and it seems that directors/writers Zach Lipovsky and Adam B. Stein kept things very close to the vest on purpose) and even after the first 15 minutes I didn’t feel like I knew a whole lot of what was actually going on. The opening teases you with hints of something more, showing a paranoid father named Henry (Emile Hirsch) keeping his 7 year old daughter Chloe (Lexy Kolker) locked away in their house with mad ravings about people trying to kill them. This seems to be contradictory to reality, as Chloe looks outside and sees no intimations of death troopers, or evil people trying to kill them. Desperate to get out and see the world, Chloe keeps sneaking peaks outside and hoping to live a NORMAL life for once.

However, that normal life may never come, as Chloe soon finds out that the world is not anything like she imagined and neither is she. When she meets the local ice cream man, Mr. Snowcone (Bruce Dern), her and Henry’s life turns upside as the inclusion of this new person into their lives means absolute chaos and destruction is following.

I’m being particularly cryptic about what happens next for a good reason. The film is very much a puzzle box/mystery box type of movie, and the experience is exponentially better if you watch the secrets unfold. It’s akin to an onion. You can see the skin and the shell from first glance, but as you pull back the layers one by one you see more and more of it until the core is exposed. The same thing is true here as Lipovsky and Stein do an excellent job hiding just enough information until you need that little crumb to reveal the next big secret. Bit by bit the secrets are doled out, and each one expands the scope of the film even wider until we get to the thrilling conclusion.

For a film that no one outside of the film festivals has probably ever heard of, it has some stunning performances. Emile Hirsch has always been an under rated actor in my opinion, and he gets to really shine as the gritty and almost paranoid father of a little girl who just wants to be normal. Bruce Dern is fantastic as the crazy old man with an agenda (like he usually is), but it’s really Lexy Kolker who carries the weight of the film on her young shoulders. She gives an absolutely jaw dropping performance as Chloe. She exudes a sort of raw realism for a 7 year old girl, with a gritty and dark twist on the old “with power comes great responsibility” angle. Her annoyances and quirks in the film only make her more REAL as a young girl, but is also able to deliver scenes like the final one that can literally send chills down your spine.

Once again I can find no concrete evidence of what cameras were used, or what resolution the master was struck at, outside of the fact that this was done with digital cameras and finished digitally (information online is rather cryptic about the details). I’m personally speculating that this was finished at the typical 2K resolution for the home video master, and the resulting Blu-ray looks quite striking. The film is mostly neutral in color grading, with outdoor shots being crystal clear and full of pop. The interior of Chloe’s house is usually lit with incandescent lighting, which adds a golden hue to the picture, and underground in the mountain bunker there’s a slate blue tinge to everything. Shadows can be a bit murky and the infamous Well Go USA color banding comes and goes, but otherwise the detail levels are strong and overall clarity of the picture is very well defined.

Freaks can be a very low key film for a large swathe of the run time, but it’s also very nuanced and filled with action and surround activity when called upon. The scenes with Henry and Chloe are much more subdued, with a heavy emphasis on dialog and constrained and claustrophobic ambiance, but when the action picks up and the craziness begins there is a WILD uptick of activity. Surrounds bounce around with whispers and shrieks, as do the bullets bouncing off of walls and the reverberance of military hardware. The subs get a hefty workout with the 2nd half of the film, and with the whomp and thump of several key “elements” of the characters (watch and you’ll know what I mean) there’s more than ample opportunity for your pant legs to be flapping.

Freaks was one of the better surprises of the year, and while it’s not a perfect film (there are several wince worthy lines of dialog, and several questions unanswered along the way), it is a great example of a mystery box film done right. I highly encourage you to skip the official Well Go USA TRAILER as it gives way too much crucial information away right off the bat, but the teaser I’ve included in this review (right underneath this paragraph) is luckily spoiler free. Go in with an open mind and as little information as humanely possible and you very well may be as pleasantly surprised as I was. Well Go USA’s Blu-ray is very good with the technical specs, and even though the extras are fairly minimalistic, the included commentary is quite informative and fun. Definitely Good for a Fun Watch

Great review Mike, lots of insightful comments. This one is on my Christmas list!!

Thanks for the review. Never heard of this but after reading the review, I will check it out once available on amazon prime/netflix.

I just did a blind buy

What did I just watch lol. I liked it and didn't. There was a lot going on that confused me and left me asking questions. I may rewatch it to clear some things.

I watched this the other night with one of my daughters... we loved it. I thought the plot was great. Some intricate writing. Sound was phenomenal! Not often you hear severely muted audio coming from the surrounds... a great mix!

I think this ranks up there with Some of my favorite movies of the year.

Asere said:
What did I just watch lol. I liked it and didn't. There was a lot going on that confused me and left me asking questions. I may rewatch it to clear some things.
Click to expand...


Todd Anderson said:
I watched this the other night with one of my daughters... we loved it. I thought the plot was great. Some intricate writing. Sound was phenomenal! Not often you hear severely muted audio coming from the surrounds... a great mix!

I think this ranks up there with Some of my favorite movies of the year.
Click to expand...

glad you liked it. I told you there was a reason I put it on the holiday gift guide before the review went live even