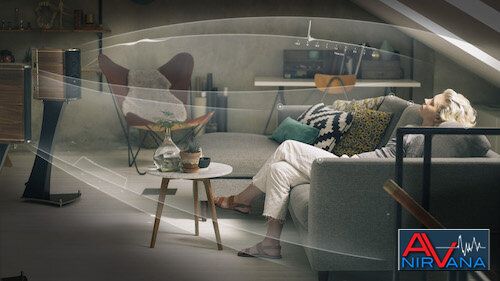 (June 15, 2021) Sweden's Dirac Research, riding an epic sound wave, has announced the completion of a direct share equity issue that raised $17.73-million from a new investor (TIN Founder) and a current investor (DIG Investment). This latest capital injection brings the company's value to $142.2-million, solidifying its position as a market leader in audio software solutions.

Dirac experienced exceptional growth during 2020 across all of its core markets, including home audio, pro audio, automotive, headphone, mobile, and streaming, as evidenced by new OEM deals with likes of Onkyo, Pioneer, Phillips, Hyundai, Volvo, Polestar, and Klipsch. The company has also begun working directly with semiconductor and middleware companies like NXP, ADI, and CRI Middleware.

"Since the dawn of reproduced sound, advancements in audio performance have historically been driven by hardware innovation," explained Peter Friedrichsen, CEO, Dirac. "This paradigm began to shift when companies like Dirac first introduced technologies that demonstrated the ability of software to achieve new, higher levels of performance. Today, we believe that the future of sound is in the hands of software and, with this investment, we fully intend to make Dirac the driving force in audio industry innovation across all platforms, devices, and environments."

Carl Armfelt, Portfolio Manager, TIN Fonder added: " Dirac has witnessed significant growth in recent years. It is our belief that the next generation of audio experiences will be software defined, and that a deep tech audio company like Dirac can be a significant player in that field."

Look no further than Dirac's recently announced collaboration with Analog Devices, Inc. (ADI). The two brands have worked indirectly for several years, but their recent agreement will land Dirac's new solution for entry-level audio systems on ADI's automotive processors. The result is an automotive audio solution that's easier to integrate and costs less.

"We have traveled a long way since company inception," Friedrichsen concluded. "We evolved from a niche designer of digital audio solutions for specific applications to a tier one company in audio technology, collaborating with many the world's largest and most esteemed tech brands. Now, with our new funding and realigned executive leadership team, we're poised to fully capitalize on our growth potential and intend to make Dirac synonymous with superior sound experiences around the world."
Last edited: Jun 15, 2021

I am left wondering why does a company that "experienced exceptional growth during 2020 across all of its core markets" need a "capital injection" from a "direct share equity issue"? Can someone elaborate?