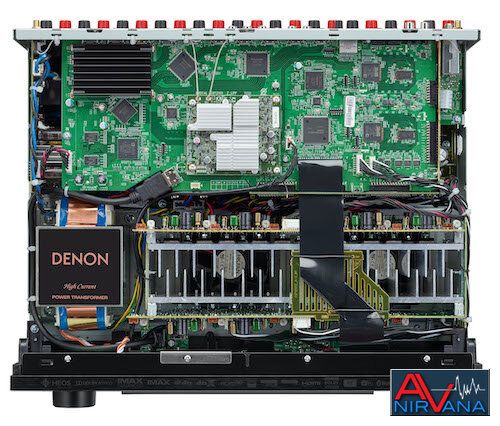 (June 4, 2020) If it feels like home theater has been stuck in rut for the last six months, you’re not dreaming. Bogged down by the dreadful impacts of COVID, the AV world has been relatively stagnant and bleak, which makes today’s featured news all the more enticing. Thanks to the fine folks at Denon and Sound United, a new era of mid-priced AVR performance has been established... let the games begin!

Denon’s all-new X-Series is comprised of four highly competent models, giving enthusiasts access to powerful technologies across a range of price points. The 13.2-channel AVR-X6700H ($2,499) headlines the group, boasting 11 channels of onboard amplification (140 watts per channel, 8 ohms, 2ch driven) and dual independent sub-outs. Next in line is the 11.2-channel AVR-X4700H ($1,699) and AVR-X3700H ($1,199), both of which possess 9 channels of power (125 watts and 105 watts per channel, respectively). Much like the X6700H, these models also carry dual independent subwoofer outputs. And, finally, Denon anchors the new models with the affordable AVR-X2700H ($849), which delivers 7.1-channels of output backed by 95 watts per channel. The 2700H also carries dual sub-outs, but these are presented in parallel, representing a slight downgrade from its X-Series mates.

For those of you wondering, Denon’s AVR-X800H (reviewed here) will remain king of the X-Series hill, serving as the brand’s flagship AVR for the remainder of the year.

On the streaming front, the new X-Series gives you everything you’d expect, including Sound United’s excellent HEOS Built-In platform, in addition to Roon Tested capabilities. Of course, wireless features also include Bluetooth and Apple’s AirPlay 2, along with onboard access to popular streaming services like Amazon Music HD, TIDAL, Pandora, Spotify, and more. While HEOS Built-In is designed around an intuitive and user-friendly app-controlled music playback experience, it also allows owners to build and manage a complete whole-home wireless audio system comprised of other HEOS capable equipment and wireless speakers.

While most home buyers won’t be moved by custom integrator features, Sound United’s engineers have injected all four models with several integration tools such as an 8K HDMI diagnostic mode (for troubleshooting cables and other HDMI issues) and SRM Remote System Monitoring (Domotz Pro or OvrC). Additionally, the models carry a “Sports Bar” mode that allows for an HDMI input source to be combined with multiple audio sources.

In terms of notable new tech – and this might be one of the most exciting features – the AVR-X6700H will ship with DTS:X Pro decoding. This makes the X6700H one of the only (if not the only) sub-$2,500 AVRs to have this level of DTS:X functionality. The “Pro” version boosts overall support from 11.1 to a mammoth 30.2 channels of output. Of course, this only matters for enthusiasts operating six or more immersive height channels, but it’s a huge step forward for the DTS:X platform and a noticeable gain for systems that already enjoy 7.1.6 Atmos playback. Additionally, the X6700H’s 13.2 channels of processing allow owners to build multi-purpose system layouts capable of supporting every immersive format (including Auro-3D and IMAX Enhanced).

Speaking of IMAX Enhanced, the format is finally enjoying mainstream attention thanks to blockbuster titles (as opposed to documentary and educational media). Unfortunately, the X2700H does not carry IMAX Enhanced support (nor does it support Auro-3D). Buyers looking for IMAX Enhanced will need to bump their budget $350 higher for the X3700H or $850 higher if Auro-3D playback is desired.

Audyssey’s top-flight Mult-EQ XT32 room correction is included with every model accept the X2700H, and is now capable of storing two sets of Audyssey data for different listening scenarios. For example, a system can be calibrated to accommodate an audience in a wide seating area, while simultaneously maintaining the ability to re-tool performance for a single listening position. Additionally, the X3700H, X4700H, and X6700 all have a “Pre-Amplifier” mode, which provides a clear signal path when external amplifiers are used.

Home theater enthusiasts will appreciate HDMI 2.1’s ability to handle HDR formats that optimize video on a frame-by-frame basis using dynamic metadata, in addition to the ability to enjoy immersive sound via Enhanced Audio Return Channel (eARC). Even more exciting is the introduction of Quick Media Switching, which eliminates blackouts when switching between content that contains different frame rates (note, this feature only works if the source, AVR, and display are QMS capable).

If you’ve dabbled in the world of 4K video, then you know the pains of deciphering signal information and equipment compatibility. The X-Series helps eliminate confusion with a straight-forward interface that analyzes and relays key information about incoming video data (resolution, type of HDR, color space, pixel depth, latency, QMS, and Quick Frame Transport), while displaying a television, monitor, or projector’s HDR and resolution capabilities, along with key 2.1 capabilities.

The rollout of new X-Series AVRs begins in June, with the arrival of the AVR-X4700H and AVR-X6700H. The AVR-X3700H and AVR-X2700H are due to begin shipping during July and August. 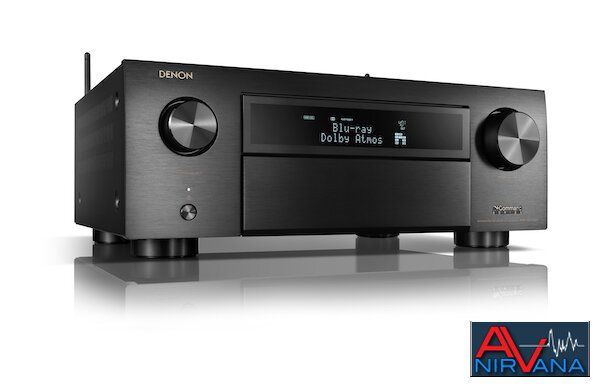 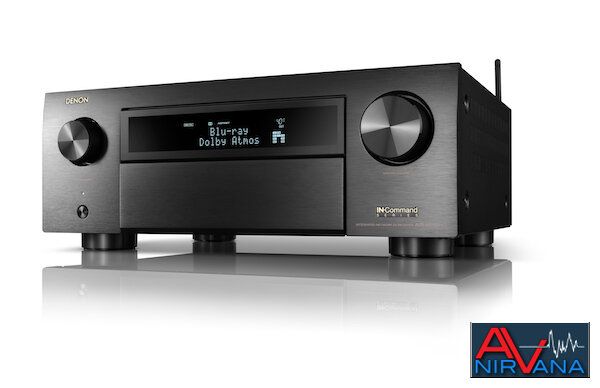 Just built our Denon 2020 webpage with all of the .pdfs. I'm a big Denon fan as they design and build the best price/performance receivers. Great audio fidelity, top features, excellent build quality and very reasonably priced in every category.

The new flagship model, AVR-X6700H is built in Denon's flagship factory in Japan.

The X6700H and X4700H launch the week of June 15th at Value Electronics and later this summer for all other 2020 models.

Any word on the flagship getting DTS:X Pro update?
W

This is a review and detailed measurements of the Audyssey Room Equalization. Audyssey is standard technology in a number of Audio/Video Receivers such as the Denon AVR-X3600H I recently reviewed. The standard version in the AVR is mostly all or nothing so I downloaded the Marantz/Denon...
www.audiosciencereview.com

Denon will have an upgrade for the X8500 to make it HDMI 2.1 and that will give it all of the latest features of Denon's 2020 receivers. The upgrade will require the X8500H to be sent back for the HDMI 2.1 hardware upgrade.

Robert Zohn said:
Denon will have an upgrade for the X8500 to make it HDMI 2.1 and that will give it all of the latest features of Denon's 2020 receivers. The upgrade will require the X8500H to be sent back for the HDMI 2.1 hardware upgrade.
Click to expand...

So in order to get DTS:X Pro we need to send the unit back for upgrade?

How much will it cost and how soon is it available?

I would seriouly be looking at the Denon AVR, but I need balanced for my front 3 channels.

Robert Zohn said:
Denon will have an upgrade for the X8500 to make it HDMI 2.1 and that will give it all of the latest features of Denon's 2020 receivers. The upgrade will require the X8500H to be sent back for the HDMI 2.1 hardware upgrade.
Click to expand...

I believe there is a feature it will not give in the upgrade...wasnt it the capability of running 2 zones with all channels? I just watched the Audioholics interview this morning and there was a feature on the 2020 models that could not be upgraded on the 8500 as the board would handle it. 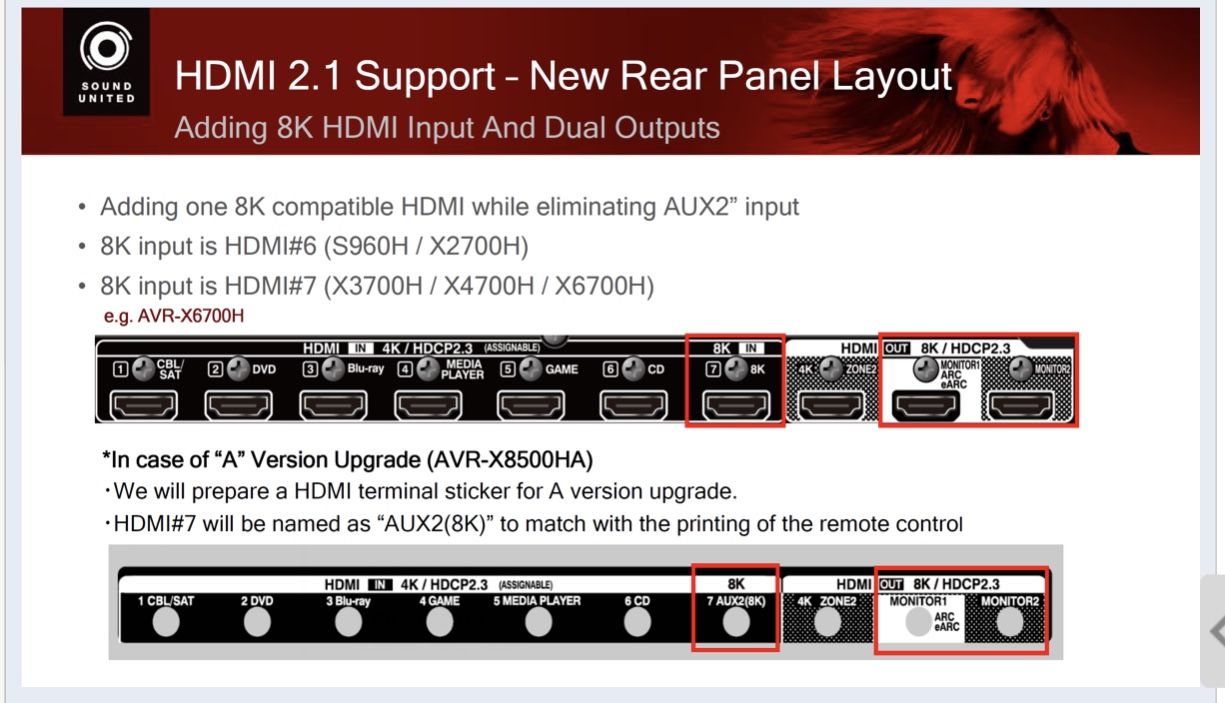 This seems to be an endless money pit to get sucked into. Early adopters are paying $$$ for features where there is very little content available. They can't even make a projector that can handle Dolby Vision yet want you to drop kilobucks for an 8K display with 0 content available?
I am fine with 4K/ Atmos for now. Go to a Redbox and there are still very few titles in that format to rent and to buy them costs $. Little by little 4K titles are trickling out for streaming via VUDU or Amazon. Save your $$$ for now.

All this new tech, and Denon couldn't support MQA. I rather have an MQA than 8K. After all these years, I am going to have to leave the Denon family.
J

I understand from the 3700 and up there is the ability to shut the amps off and use it as a pre-pro. Yes it’s always had pre-outs but with the amps off there will be higher voltage out available and lower THD+N. So essentially a great measuring prepro at an AVR price.

They have absolutely everything one could want except the very best room correction. You would have to think really hard if you were to choose between the 3700 as a prepro and say the $4000 excellent (so far) monoprice HTP-1 that actually lacks some of the 3700 features but has Dirac.

Whoa... what? I thought the upgrade was free. Where did you read this?

I'll try to get an answer direct from Sound United.

Todd Anderson said:
Whoa... what? I thought the upgrade was free. Where did you read this?

I'll try to get an answer direct from Sound United.
Click to expand...

Well it may be less in U.S.A. I took the liberty to translate the Euro cost to U.S. Dollars. From this Q&A article posted in June.

Denon AV Receiver: Details on HDMI 2.1, 4K and 8K as well as latency for gamers

As part of a Q&A round on YouTube, Denon answered further questions about equipping the new AV receivers with HDMI 2.1. Among other things, questions arose about the capabilities of the individ…

I believe Sound United said that there would be a reasonable fee for the upgrade in one ofthe Audioholic vidoes. I guess this is there reasonable upgrade fee.
Last edited: Jun 10, 2020

Ok. I have a 100% accurate current status straight from a Manager at SoundUnited. The HDMI 2.1 board upgrade will definitely be honored on the X8500H (and Marantz AV8805). The D+M group is still finishing up development of the upgrade programs, so nothing is final at this point.

I expect to get a press release this fall (likely October) detailing exact pricing and procedures. They are hoping to roll out the program during Q4.

As of this time, SoundUnited hasn't publicly finalized any sort of pricing for the upgrade here in the US.
W

In your opinion is the upgrade to HDMI 2.1 worth the investment?

I think it depends on what kind of system you're running and what you'll use it for. Eventually... someday... 2.1's immense data pipeline will be used for film media. But, right now, it will be primarily associated with the new playstation and xbox consoles due later this year.

If you're a gamer, 2.1 will be your gateway to improved performance first.

For folks running a projector-based system, 2.1 likely won't have much utility for a while. For those with highly capable TVs (insane levels of light output), perhaps in the next few years?

The biggest issue is... and will remain... content and what your display source is capable of.

A 2.1 upgrade seems to make sense from an equipment longevity perspective. BUT, that's assuming that some other must-have technology doesn't come along in the next few years. Will I do it? Yes... I'll probably roll the dice and get the upgrade.

There is one really nice feature in the 2020 AVRs...you can save 2settings...one for preout, and the other speak out. This means you can have zone 1 and 2 both having mutlichannels.

Does anyone know how many channels thechip can handle? I ask this be ause in one of the videos I saw they talked about DTS Pro having over 30 channels capable. Iam wondering if these can use zone 1 and 2 as one speaker setup.