Dawn of the Dead: Collector's Edition 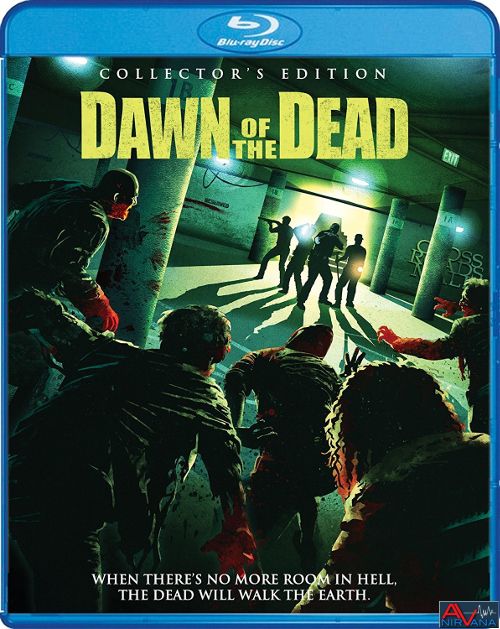 Movie
Remakes are always a bit of a hit or miss scenario. I’m not opposed to the idea of remakes, as many GREAT classic films are actually remakes of other sub-par or less desirable sources (Ben Hur, Twelve Monkeys, The Thing), but I always approach them with a sense of trepidation and suspicions, as they are just as easily a rip-off without additional enjoyment as they are a new classic. ESPECIALLY in the horror genre, where the original is almost always cherished far more than other areas of film. I grew up watching George Romero’s Dawn of the Dead as young as 7 years old (at least that’s my first memory of having seen portions of it) and remembering it scaring the living tar out of me. When I first heard that some upstart called Zack Snyder was doing a remake of this classic film, I immediately poo-pooed the idea of it and refused to see it in theaters until my friend dragged me to go see it with her. I was floored when I actually came out liking it BETTER than Romero’s seminal classic film, mostly due to the fact that Snyder kept the tone and feeling of the movie down to a T while updating the visuals and terror of the movie to a more modern era.

After pulling a double shift on nurse duty, Ana (Sarah Polley) comes home to her husband and daughter for a well needed bout of R&R. Only thing is, rest and relaxation is the last thing that she’s going to have as her daughter mutates into the living dead before her very eyes and her husband infected with the same evil in the process. Escaping her home town only to see death and devastation around her, Ana meets up with surviving cop Kenneth (Ving Rhames), TV salesman Michael (Jake Weber), gang banger Andre (Mekhi Phifer) and his pregnant girlfriend Luda (Inna Korobkina). Realizing that there’s nothing but death as far as the eye can see, the group make their way to the local mall, where they hideout with a trio of suspicious and power mad security guards who pretty much dominate their every move.

Things don’t get much better there, as the security guards try to control the group, and it’s not until they overpower and take things over themselves that they have a semblance of freedom. Taking in more passengers nets them a couple of infected people. Which in turn puts the entire group at risk. The only thing that that the survivors can possibly do is make an escape plan to get out of the surrounded mall, grab as much supplies as they can, and somehow make it out a boat where they can try to escape the virus fallout zone and hopefully find land where they are safe.

What makes Dawn of the Dead (the remake) so good is that it doesn’t try to EMULATE the original Romero film, but neither does it stray too far from that base. Snyder does a great job of making the movie a veritable blood bath, with blood, guts, gore and entrails hanging from every corner. Instead of copying the “teenager in peril” slasher phase of the 90s, Snyder chose to make it a gory zombie movie that is as hyper kinetic as his next few films have proven him to be. As much action and carnage as 300, but with a great cast of characters that actually play well off of each other. Even though he doesn’t stick to the more methodical stylings of Romero, Carpenter, or Argento, Snyder still pays homage to the previously mentioned artists by interjecting in several hints and nods through various scenes and musical choices.

Cast wise this is a great pairing. Jake Weber was always the husband in Medium to me, but he is a fully fleshed out hero in Dawn of the Dead, employing a believable mix of naive newbie with a strong sense of determination .Ving Rhames is the hulking beast of a man who wants to get things done, while Ty Burrell is pure and utter self centered evil. Even Andre is played well, as a gang banger/thief who is willing to team up with the afore mentioned people and survive. Ana is naturally the center of attention, and Sarah Polley is above reproach for playing the terrified, but hardened nurse who does what needs to be done, yest still exercises her conscience. Snyder has a few other fun cameos in the film, even interjecting famous horror director/actor Tom Savini as a tough as nails town Sheriff .

The movie isn’t perfect, but Snyder did a great job for his freshman effort as a director, and James Gunn (yes, of Guardians of the Galaxy fame) did a stellar job at writing the blood soaked script. The film starts to stumble in the 2nd act when the truck load of people come in, but it picks up for a thrilling conclusion that fits perfectly in with the genre.

Rated R for pervasive strong horror violence and gore, language and sexuality (Theatrical) / Not Rated by the MPAA (Unrated Cut)

I honestly had a debate between giving the film’s encode 3.5 stars, or the 4 star rating I finally decided upon. The “problem” with my decision stems from the fact that Zack Snyder’s horror remake is VERY heavily stylized. So much so that many of the problems that seem to be inherent to the film are there BECAUSE Snyder wanted it so. Thus I had to make a decision between authenticity to the source, or basing it off of eye candy. The movie was shot on 35mm film and until recently was only available with the Unrated cut using the VC-1 codec from Universal’s old Blu-ray. Scream Factory has gone back to the negative and pulled a new 2K master and re-encoded using the more efficient AVC code, and for the most part, there are some distinct improvements. The overblown contrast of the original seems a bit tamed, and the grain structure looks tighter and cleaner. The gold and yellow color palette that gives the faces a bronzed look, or sometimes desaturated and pale is still present, and this gives the entire picture an almost faded and grungy look. Certain shots can be incredibly precise and sharp, but the interior of the mall is heavily graded with that bronze/yellow tone. The slight smoothness of the VC-1 encoded Universal disc is gone, and the skin textures look a tiny bit better. The film has always had a LOT of black crush (inherent to what I saw in the theaters if my memory serves me right), and this disc doesn’t alter that appearance. However, this is all done by A/Bing the two discs. Except for the slight darkening of the image by decreasing contrast, You have to look closely to see the differences that come from the new encode. Something which is mainly due to the very heavily graded style of the film more than anything. Popping in the theatrical disc (which has hitherto been not available to us on Blu-ray), I can’t tell a whit of difference between it and the unrated disc in the set. Both look very faithful to the source material, and identical to each other in every way that I could tell.

Scream Factory seems to have recycled the 5.1 DTS-HD MA track from the Universal release (which is in no way a bad thing) and added their obligatory 2.0 DTS-HD MA downmix as well. The 5.1 mix is deep and heavy, pounding us mercilessly with deep waves of LFE from the opening shots of the film. When the survivors are inside of the mall it’s a bit more toned down, with dialog taking front and center combined with some mild ambient noises from the surrounding areas. Bullets hit with great impact, and the shotgun that Ving Rhames carries sounds like a veritable howitzer cannon. Surrounds get a good workout with all of the zombie munching and craziness that ensues from the escape, right down to the battle to get away from the mall at the end. It’s a tour de force track that hasn’t aged at all in the in the near 9 years since it was first released on Blu-ray. Excellent all around.
.

It’s been a blast to go back and watch Zack Snyder’s first feature film, and you can definitely see all of the typical “synderisms” that he has polished into his own personal unique styles over the years prevalent here. Slow motion, huge Michael Bay style gun fights, a heavily gritty and textured look to the film itself, and many others. Remakes tend to be hit or miss, but Dawn of the Dead is (hold your breath for sacrilege) actually better than the original in my opinion (I know, I know, I told you that it would be sacrilege) and a HOOT to watch. The real question at the end of this review is “should I get it?”. Well, if you already have the old 2008 Blu-ray it’s going to be a tough choice. The Rated theatrical cut isn’t AS good as the unrated in my opinion, but it is great to have it for purists, but the video is VERY similar to the old 2008 increase, with a slight weighting given to this new releases. Audio is the exact same thing, but we do have a few new interviews and the like to fill out the extras department (and let’s not forget the snazzy slip cover and cover art). For those who HAVEN’T picked up the old Blu-ray, then it’s a no brainer. This is the best version there is and I say go for it. Definitely a fun pickup.

Thanks for the review. I will have to revisit the original before I see this version..

There are so many Dead movies that it is hard to keep up. I can't remember which one I've seen other then the original. Thanks for reviewing them.

Mike, what year was this originally released?

It has the original or cut bus scene?
Last edited by a moderator: Nov 8, 2017

Rocha said:
It has the original or cut bus scene?
Click to expand...