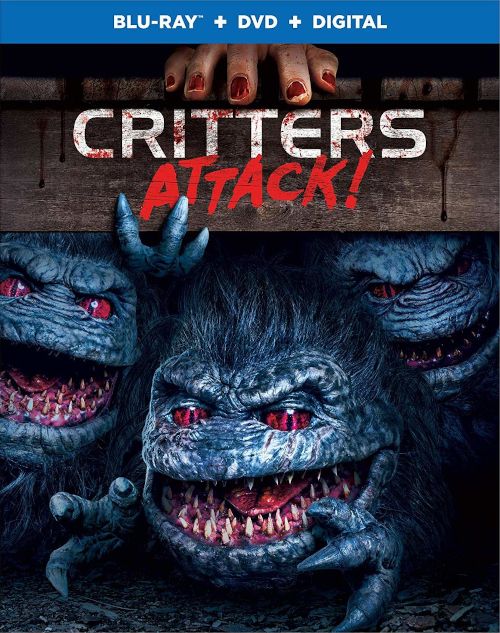 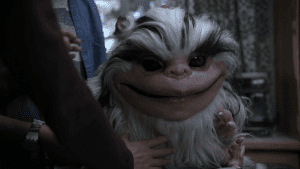 Movie
Critters is one of those franchises that is 100% unabashed guilty pleasure. You don’t go into the series looking for high art entertainment, and even then, the final two films in the franchise were REALLY bad (Leonardo DiCaprio almost refuses to even mention he was in the film as a child actor). Yet, despite all that, I ended up watching all 4 of the Critters films on cable TV ad nausea, much to my parents chagrin. Yeah, I get it, they’re garbage films for the most part, but they never took themselves too seriously and made a fantastic effort at having tongue firmly planted in their cheeks while showing gore everywhere. I personally had thought the series COMPLETELY dead and gone after the 4th film, but a webisode TV series called Critters: The First Binge came out in March of 2019 and literally scared any hope of the franchise coming back in full force straight out of me. To put it mildly, First Binge was an epically horrible experience that made even this Critters fan beg to never see it again. So when I heard that an actual full length movie was coming this year I literally had ZERO interest in watching it. After First Binge there was just no more juice in the tank, and this jaded horror fan wanted nothing to do with it.

Surprisingly enough, Critters Attack! is actually not bad. I mean, none of the films were fantastic to begin with (the first one was fun, the second wasn’t AS good, and the third and fourth are just guilty pleasures for the sheer awfulness of them), but this really is rather decent by Critters standards. The film doesn’t take itself too seriously (sometimes not seriously enough), and there’s quite a bit of gooey fun to be had. As usual, there’s a crisis in small town USA. A spaceship full of Crites have crash landed on Earth and are munching and breeding their way through the town in search of something. This something happens to be an all white female of their species who is adorably cute, and gets picked up by Drea (Tashiana Washington) and her babysitting wards on a trip to the park.

As Drea and the rest of the kids try to stay alive long enough to get help, the Crites continue to chew their way through human flesh, dogs, cats, and anything else meat that they can get their hands on in a relentless pursuit. At first Drea isn’t sure why they’re showing up at every turn, but soon she realizes that it’s the little white creature they picked up in the woods. Grabbing every thing they can as a weapon, the teens hunker down at the local college in an effort to survive the night and hopefully come out on top. 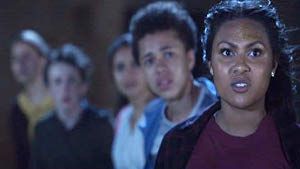 Critters Attack! is just what you’d expect of the series in many ways. It’s goofy, cheesy, and filled with awful dialog. Sadly it’s not as witty or hilarious as the first two films, but that is mainly due to the fact that this is a DTV film and suffers from the same budget concerns that the third and fourth film suffered from. However, I’d put it squarely in the middle of the first four, being not as good as the original theatrical two, but also not being anywhere as bad as the final two. That alone is a high compliment as the First Binge webisode series was beyond awful, and the 90s DTV movies were pretty garbagy themselves (as much as I love them for being tasty garbage). The film actually doesn’t devolve into using CGI all over the place, but instead uses puppets for the Crites again, and practical effects for the gore and munched on humans. It makes the film feel right at home and really actually has the same tone and visual aesthetics as the originals.

Sadly the bounty hunter aspect of the series has been toned way down, but don’t worry, we DO have a bounty hunter in the mix. Dee Wallace (the mother from the original) comes back to the series again, but instead of playing the mother Helen, she’s the ambiguous “Aunt Dee” who turns out to be a bounty hunter just waiting for the Crites to land on Earth once more. It’s nice to see her back in the saddle again, but she’s really only in it for about 5-10 minutes TOPS, and is a side character rather than a main character like the bounty hunters were in the original series.

Tashiana Washington is given some pretty cringe worthy dialog to spew, but once the film gets into the campier moments (such as the jock stripping off his shirt for no reason to go get help, then getting munched upon) the dialog feels like cringe worthy, and more campy fun. Ava Preston (I’ll Take Your Dead, Shazam!) usually is great to watch (I loved her in I’ll Take Your Dead), but she’s not given much to work with as Drea takes center stage and Ava acts as the snotty little girl most of the time. All in all, it’s a fun little movie if you’re a Critters fan, but lets not kid ourselves. This is a DTV sequel to a schlocky 80s series that was put to rest over 20 years ago. 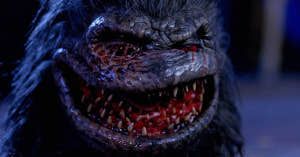 Critters Attack! comes to Blu-ray with a fairly standard looking digital transfer for a DTV film. It’s sharp, clean of any noise and grain, and rather bright and colorful when needed. The image is definitely a bit flat and dull when it comes to the color saturation, but it’s a solid enough image for the most part. Primary colors do have a decent amount of pop, with green and red showing the most saturation levels (the teapot in Dee’s house, or the bright red shirt of Drea’s outfit all pop nicely, as does the green grass of the small town). Fine details are more than acceptable, as are the black levels. Shadow detail is generally good, but that sort of flat and dull look to the colors and contrast makes them a bit milky at times (especially interior shots). It’s a solid transfer for a DTV film, but comes with the limitations and quirks of said DTV nature.

The 5.1 DTS-HD MA track that’s on the disc is, again, just what you’d expect from a DTV film. It’s a fairly minimalist by design, with modest surround usage and a decent front end on the track. Dialog is clean and clear, and the score actually fills out the track quite nicely. The Crites chatter away in the front of the room, while little whispers and crunches as they roll across the ground come through in the rear. Bass is mostly relegated to the score, but there are a few weapons related moments that add some low end whomp to the mix. It’s notching special, but the 5.1 mix checks all the right boxes to be more than acceptable for most listeners.

Critters Attack! is garbage snack food, but it’s fun garbage that is pure comfort food for the Critters fan. Shout Facotry’s boxset was a godsend to this horror fanatic’s collection earlier in the year, and this is actually a really nice companion piece to that set. Warner’s Blu-ray looks and sounds rather good for what it is, and there’s a moderate amount of extras on the disc as well. It is most definitely pure cheesy schlock, but it fits right in with the schlock that is the rest of the Critters database and worth checking out if you’re a fan of the series. Definitely for the Critters fans

Thanks for the review. I also agree, this is one of those check your head out before watching. lol. Good for a lazy weekend doing nothing. Will have to revisit this one.

so not a Critters fan I assume ??