Constantine: The House of Mystery 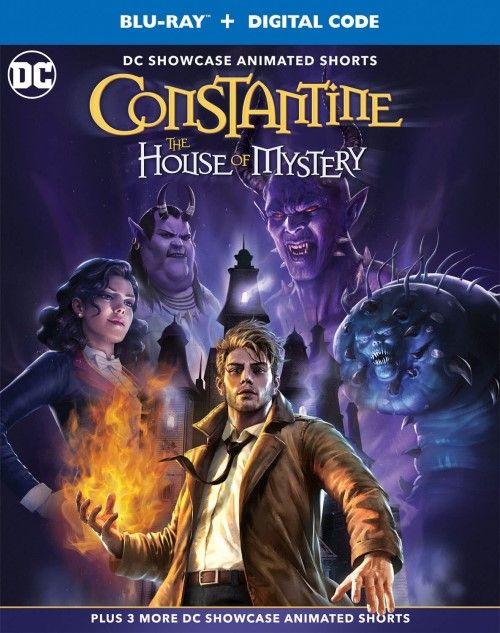 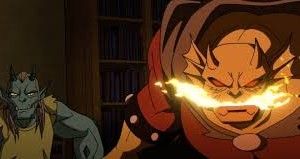 Movie
Justice League Dark: Apokalips War was a MASSIVE undertaking back in 2020. It wasn’t just a sequel to Justice League Dark, it was a film that took place after Darkseid destroys the earth, and actually wraps up a good fifteen of the DCAU films that started with 2013’s The Flashpoint Paradox. However, the world of animated DC films isn’t over with yet, as they look to be heading leaving the DCAU and skipping the New 52 universe again (thank god) and going into the Tomorrowverse, thus they used the downtime to create a new animated short with Constantine himself that sort of explains what happens (in a sense).

John Constantine (voiced by the live action Constantine’s Matt Ryan) and the Flash decide that with the earth in ruins, there’s not much to live for. They’re alive, but most people are dead and the earth itself is literally dying. Figuring that he could actually do something noble for once, he has The Flash create another flashpoint event and reverse term and fix everything, while agreeing to pay the cosmic price. Well, turns out his price may be a bit nastier than expected, being that as soon as the Flash disappears Constantine is transported to the world between worlds where he is confronted by the godlike being Spectre. Spectre decides that as punishment for his crimes of trying to mess with time travel, John is sent to his own house of Mystery, where he is to be trapped for eternity while his friends and loved ones tear him limb from limb.

Naturally John isn’t going to take this lying down, but that would be spoiling the fun. But whatever the outcome, the film itself actually leads us to a cliffhanger ending that pretty much teases us with hints that John himself (and the rest of the DCAU) is going to go into the Tomorrowverse to continue on with animated films. In my opinion it’s a rather clever way to wrap up the DCAU that’s been going on for almost a decade and change art styles and storylines over to another universe to begin anew. Clever, and a bit sad as this means that the continuity that we’ve been experience since 2013 is going to be reset. But at the same time rather exciting as the Tomorrowverse has some really cool adaptations of familiar territory and some awesome storylines to expect.

The rest of the disc is a set of 3 different animated shorts found on previous DCAU films as extras. These 3 being Kamandi: The Last Boy on Earth!, The Losers and Blue Beetle, each one massively different than the Constantine one, as well as each other. Fun little adventures, but the real thing we’re here for is Constantine and the House of Mystery short (which is a healthy 26+ minutes long).

Rated R for some bloody violence

If you’ve watched the last decade of DCAU films then you’ve got a pretty good idea of what the video quality is going to be. Changing up the art style for the Constantine main feature, I felt it was a weird blending of the 1990s Gargoyles TV show mixed with some of the regular DCAU animation. It was rather nifty, and almost felt like a throwback venture (the other 3 shorts were in their original animation and tended to be a bit grainier). The simplistic animation doesn’t leave a whole ton of room for stunning details, but the colors and the detail levels are still well done. Like all of the DCAU films (for the most part), it’s a “good but never great” scenario. Banding is present as always, but not as bad as most other films, and the digital animation is more than enjoyable.

The 5.1 DTS-HD MA track is quite punchy as well. Aggressive, action filled, and tons of bass litter the soundscape. Dialog is well placed in the center, and Matt’s heavy accent comes through with crystal clarity. The surrounds are moderately used with the battles of the demons, and bass is rather punchy. It never really stands out as stunning, but like the video, it’s enough that it should please pretty much everyone. One thing I did notice was that all of the other 3 shorts were upgraded to 5.1 DTS-HD MA lossless. Their presentations as extras on previous discs were in 2.0 Dolby Digital lossy, so it was a nice perk.

• DC Showcase: One Story at a Time

Overall the set is quite nice, and even though it’s not a full length movie, it definitely acts as a bridge to the new Tomorrowverse and a bloody R rated final adventure of the DCAU’s John Constantine. It’s not perfect, it’s a bit short, but the price is fairly cheap to compensate really. The Blu-ray itself looks and sounds rather good, but sadly only a single extra (unless you count the other 3 shorts on board). Solid entry, and fun sendoff for a 9 year run of DCAU animated films.