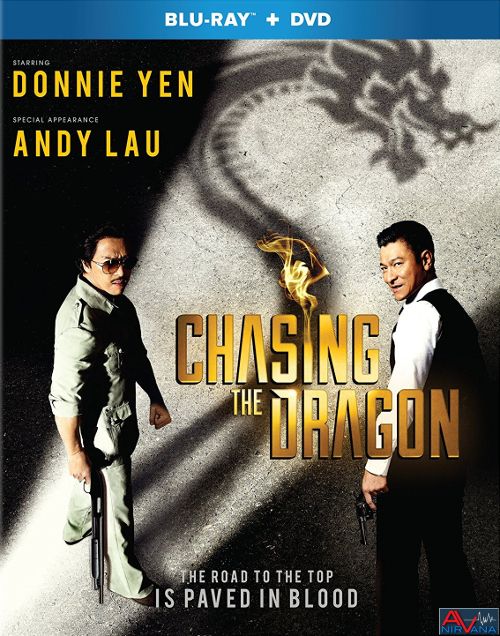 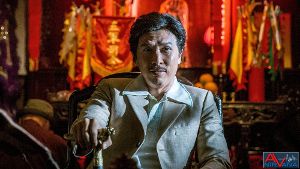 Movie
I swear that Andy Lau is the hardest working actor in Asia. Most actors put in 2 movies a year, MAYBE 3 if they’re part of a small cameo for something else. But Andy pumped out an incredible SIX movies these last 12 months alone (I’ve reviewed at least 3 of them in the last couple of months), and I was surprised in the least to see his face and name plastered all over Chasing the Dragon. I guess it hearkens back to a time when actors were expected to constantly be working, rather than making a few big budget blockbusters and doing side stuff for the rest of the year (ala modern Hollywood). I won’t ever complain about that though, as I really enjoy Andy’s acting style and he is almost always the best part of any movie he’s in. Not to mention the fact that he’s in his 50s and still pulling off highly physical stunts and looking better than guys 10 years his junior.

I was actually surprised that Chasing the Dragon got made in China. We’re at a time when China is incredibly brutal to drug dealers, and they have had a zero tolerance policy for dope for many years, but they decided to greenlight a film about their version of Pablo Escobar, and a dirty cop who made over $500 million in mob kickbacks who make it out alive by the end of the film? I guess it has something to do with the time period and looking at it through a historical lens, but it is strange considering how jingoistic and faux patriotic most mainland Chinese movies are these days.

As I said, Chasing the Dragon is the partially fictionalized tale of Ng Sik-ho, who was the Chinese equivalent of Pabloc Escobar during the 1960s. Renamed Crippled Ho (Donnie Yen), we get to see the young version of the soon to be drug lord coming over to Hong Kong from the mainland, looking to start a new life for himself and bring his wife and child over later. Thanks to a dirty cop named Rock Lee (Andy Lau) who has been receiving kickbacks from the mob, Ho gets a new lease on life after the British/Hong Kong police force arrest the young man for fighting in the streets. However, it’s these chain of events that spirals out of control. The highly optimistic Ho begins working for a triad boss in exchange for a friend of his’ life. A move which sends the young man higher and higher up the food chain. 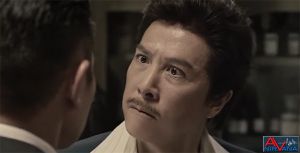 As fate would have it, the police are looking to put a lid on the triad rivalry that is going on. The two big ones need to be taken out, and in their place someone who would report back to them and keep the peace. This someone just so happens to be Ho, who Rock Lee thinks will be the perfect stooge. Much like all gangster film, the stooge becomes the kingpin, and Crippled Ho (who gains his name from saving Rock Lee’s life during the center portion of the movie) becomes the biggest drug lord in all of Hong Kong, even bringing a semblance of peace to the underbelly of society. But all good things must come to an end, and the stench of corruption in the police force, as well as the triads threaten to bring out an all out war in the city of Hong Kong.

Chasing the Dragon is actually one of the few films that Donnie Yen has done recently where he has not played a martial arts master, or a period piece Kung fu flick. Sure, he can fight like a tiger in the film, but its a much more brutal and “street” way of fighting rather than the highly polished martial arts scenes he’s usually known for. The film plays out very much like your typical gangster film, with the young innocent getting drawn into a world beyond his control, and moving up to the point of becoming the master by the end of the film, only to be betrayed in some way, shape or form. In that aspect it both succeeds and fails to make a great movie. Jing Wong and Jason Kwan craft a solidly paced film that plays out in a well done manner, but they also do so in a very predictable way. If you’ve seen one gangster movie about dirty cops and drug lords then you know how this will end. I can’t fault it for following a well worn path, as it is a fun movie to watch, but the limitations of that path also keep it from being MORE than it could have been.

Andy Lau is great as Rock Lee, but Yen is the real standout here. I’ve always wanted to see him play something outside of the cocky cop, or the patient and benign master. This version of the simple man changing into a monster is a fantastic change of pace for the martial artist, and he really gives it his all here. The rest of the crew is your typical backup cast, but this really is Lau and Yen’s film first and foremost.

Supposedly captured at a massive 6K resolution with Red Epic cameras and finished at a 2K digital intermediate, Chasing Dragons looks consistently good, although never ever stunningly great, throughout the 2 hours and 8 minute film. The movie is heavily stylized to imitated the 1960s (and early 1970s) of the time period, with lots of burnished orange and yellow over tones, combined with moments of ash blue and green thrown into the color parameters. The saturation levels can vary, with large portions of the film looking very bleak and bland color wise, while other moments can show stunning clarity outside, with bright green foliage and the golden sharpness of Crippled Ho’s cane. Blacks are solid throughout, with mild banding and some washing out due to the heavy color grading, but facial details remain consistently sharp, and skin tones accurate.

Well Go USA brings us dual 5.1 DTS-HD MA tracks (as well as dual Dolby Digital 2.0 tracks) in both English and Cantonese, but I really wouldn’t worry about which track you’re choosing to listen to. It’s obvious that LARGE portions of the film were post dubbed for the Cantonese track, so there’s very little “purist” agenda at stake here. Both are equally impressive, with a wide, spacious sound stage and some great use of the LFE channel. The score is a bit “funky” to imitated the 1960s/70s musical styles (blended with some traditional Chinese sonic elements) and carries a LOT of bass with it when Rock and Ho get into a few scrapes. Surrounds are always active with the various battles and horse races under way, and the dialog is crisp and well placed in the center of the room. An overall good track that really shines in the battle sequences.

Chasing the Dragon is a fun (if not slightly predictable) gangster movie that should appeal to fans of both Yen and Lau equally. It’s a very capable crime drama that hearkens back to a day that is very different than the typical period piece dramas that China usually dabbles in. The action is top notch, the styles is very unique among Asian cinema, and the Blu-ray itself is very well done from a technical standpoint. My only complaint would be the obligatory lack of extras that Well GO USA gave for the release, but that isn’t a deal killer. Recommended for a Watch.