A few months ago I spray painted the centre middle bar black as it was reflecting the room light and projector light now that its not been viable there is one other thing that has been bothering me is that its directly in front of the HF horn. I had some suspicion it maybe Yes reflecting some of the high frequencies off with some few db increase. 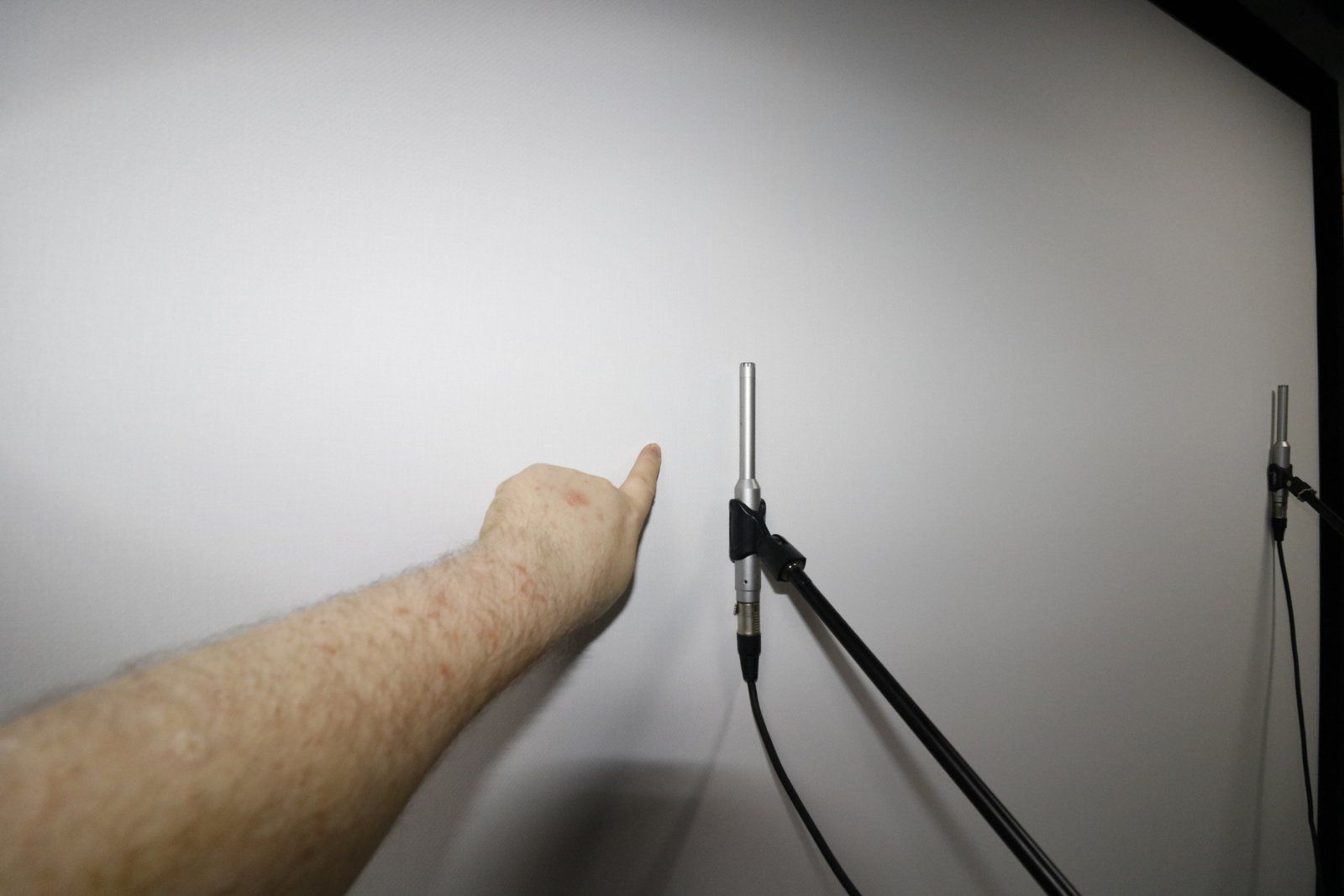 Pointing to where the centre bar is located behind the screen. The mic is placed a little bit off-centre. 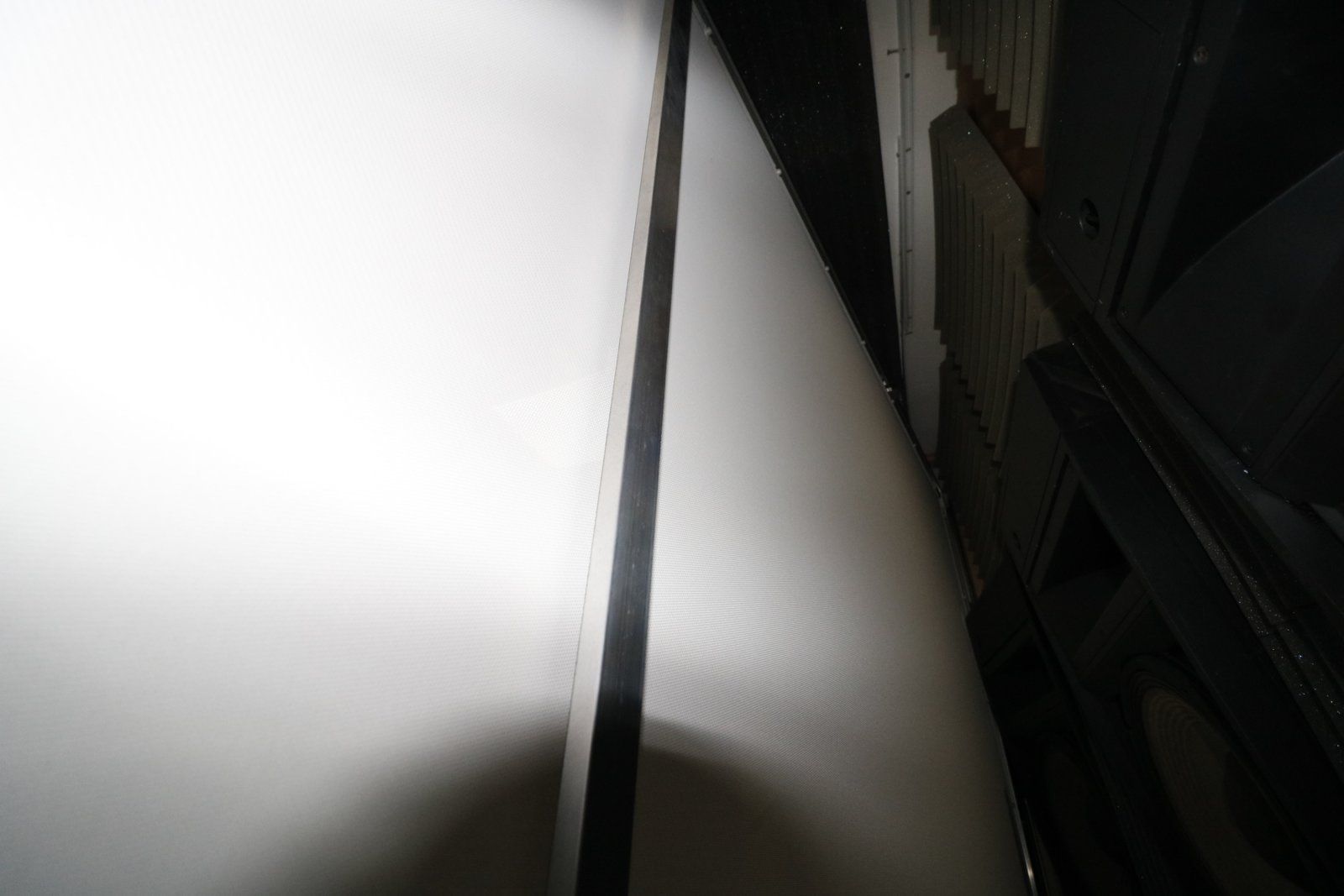 Behind the screen showing the centre bar position untreated with fabric.

I have attached some fabric few layers glued together and finally glued attached it to the back of the centre bar. 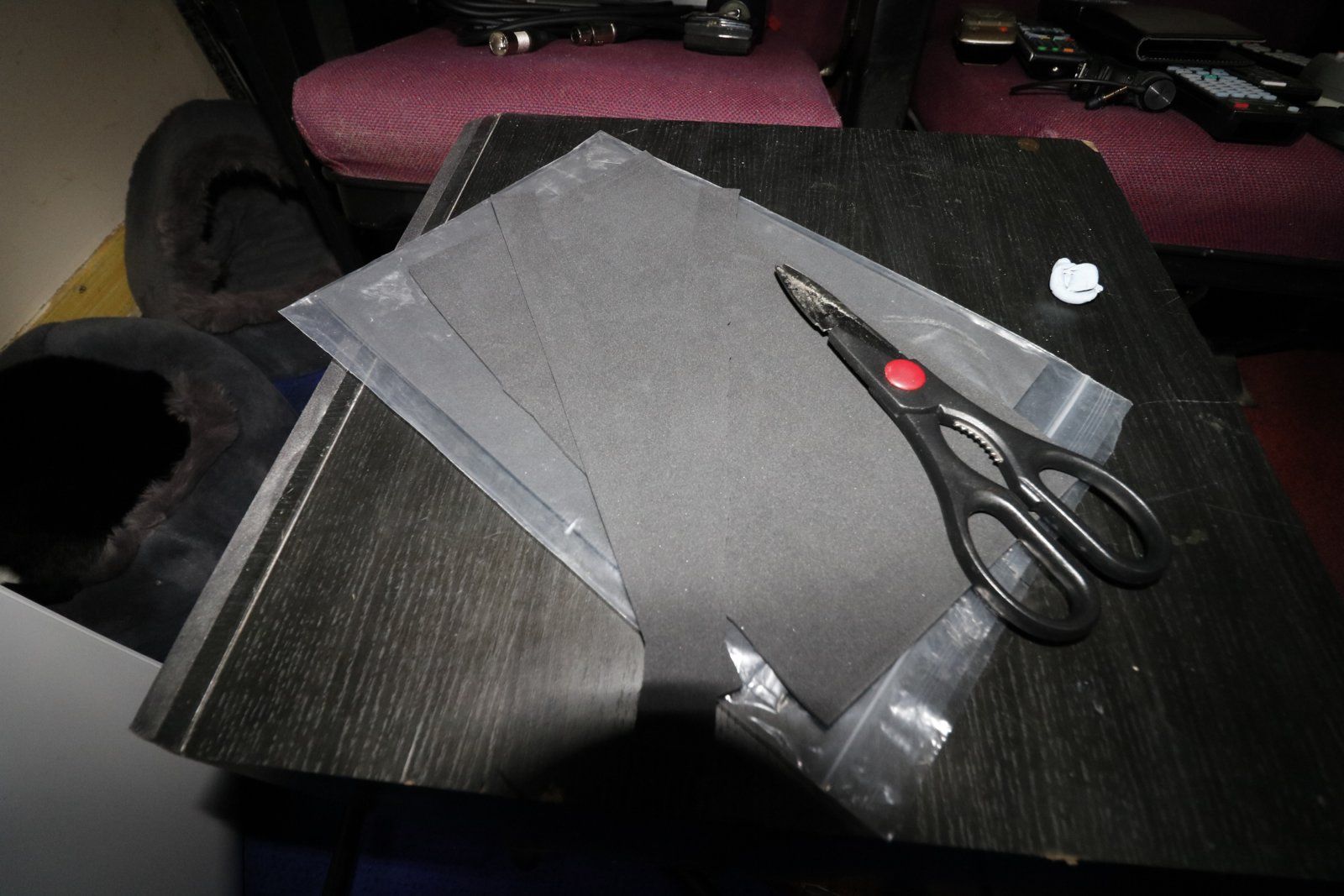 Preparing the thin fabric with two layers glued together for extra thickness. 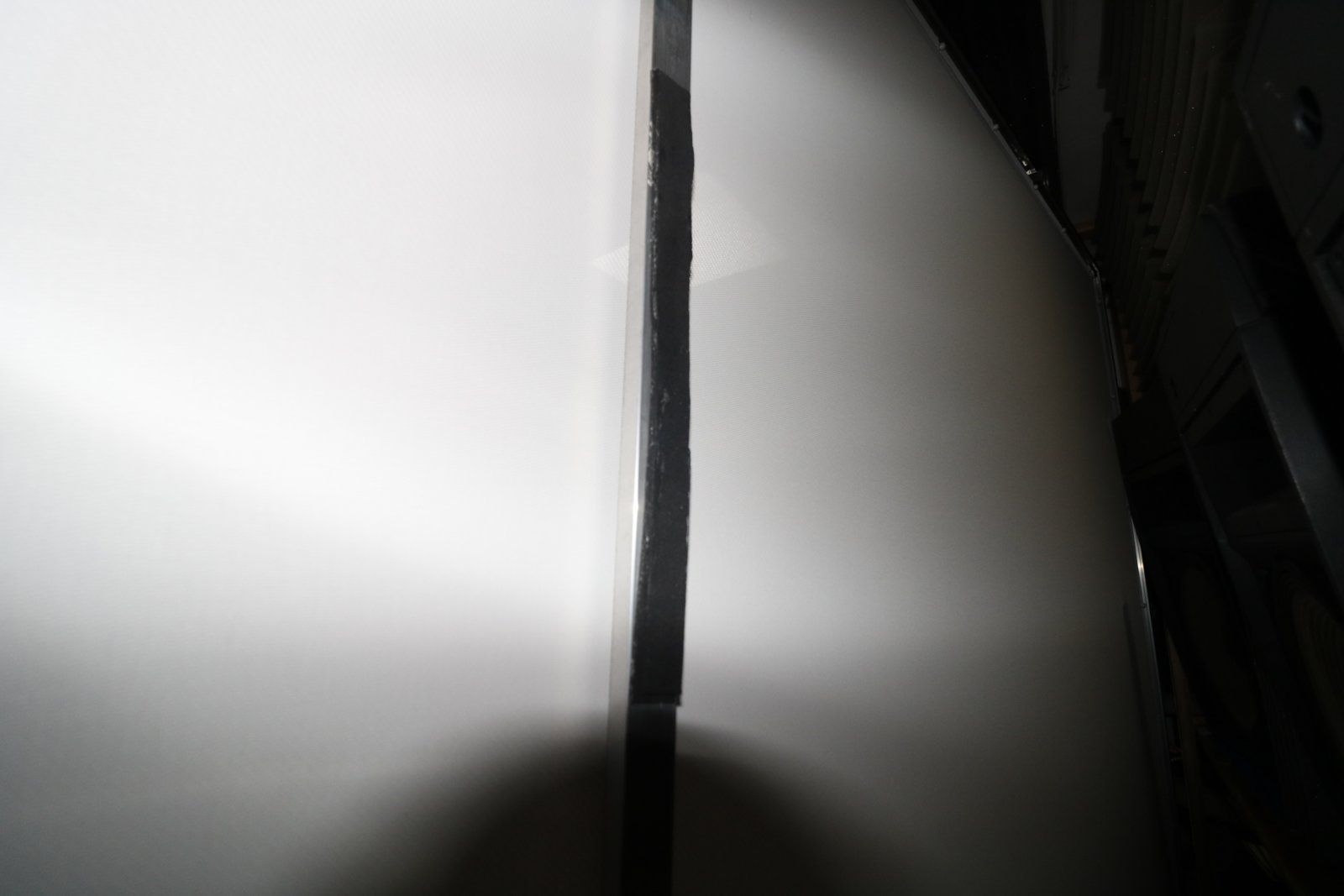 Fabric attached to the centre bar.

I ran a REW frequency sweep starting at 400Hz and after I attached the fabric and screen back in place I placed the mic back in same position and ran the sweep a second time. 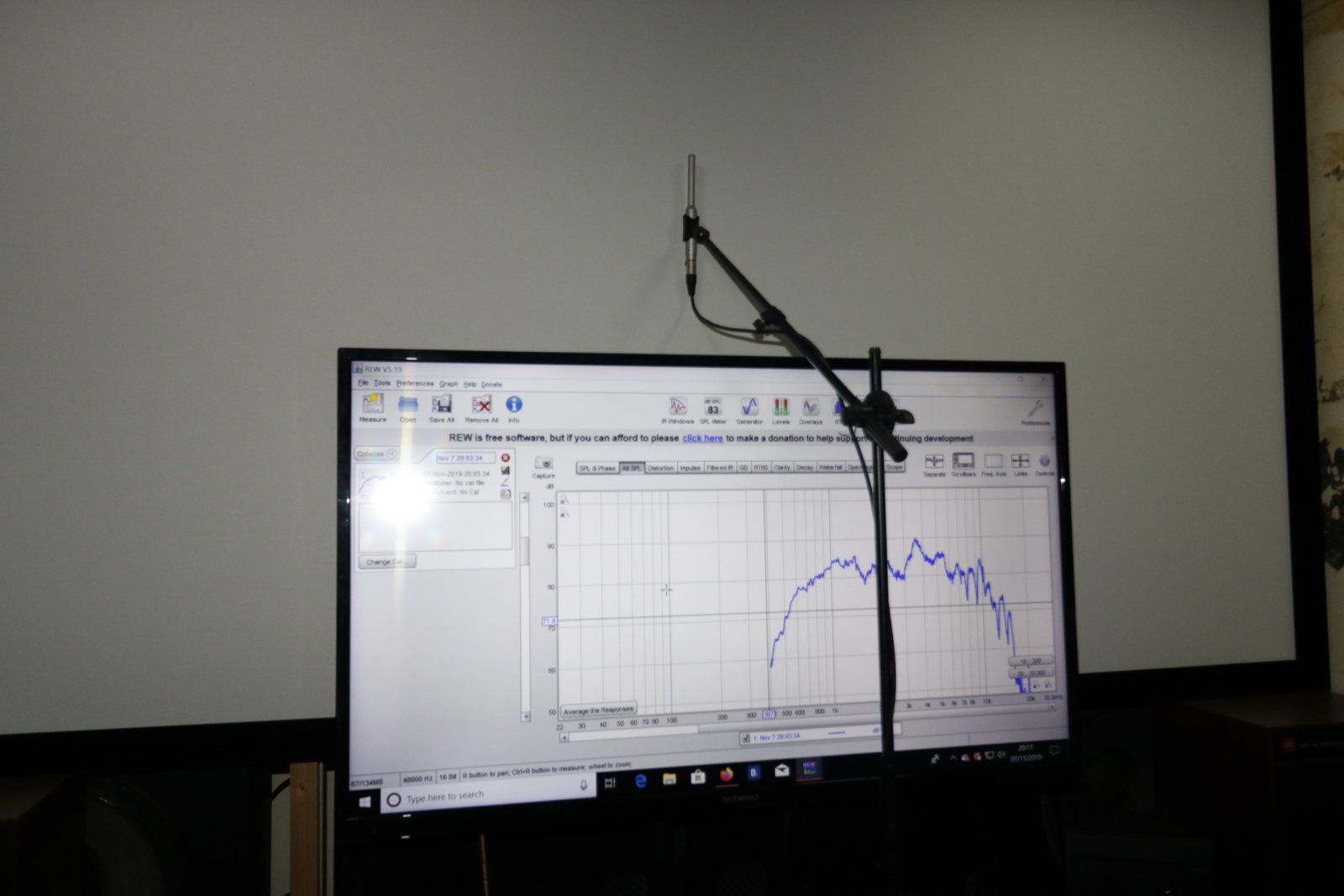 Mic placed back in position. 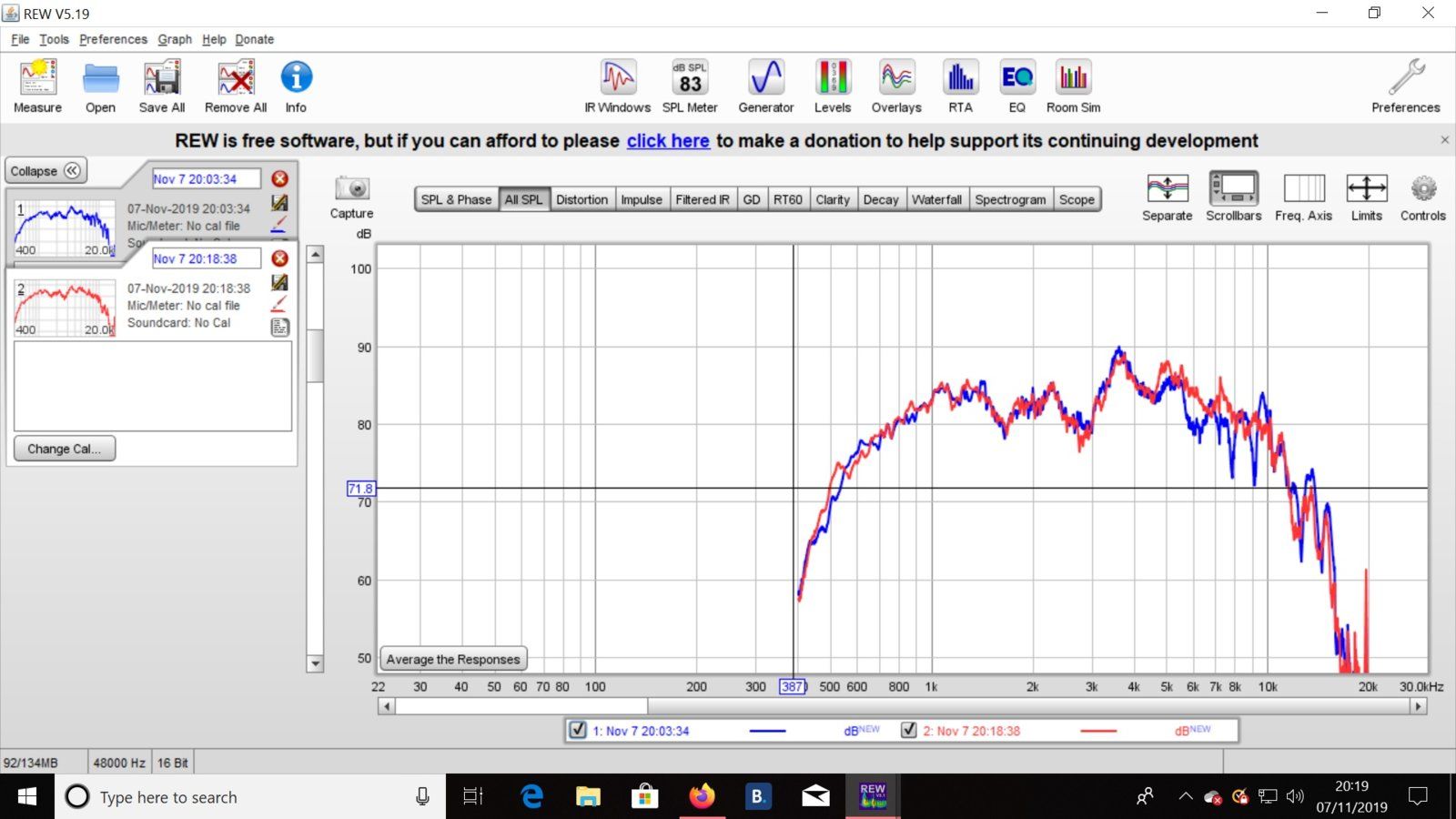