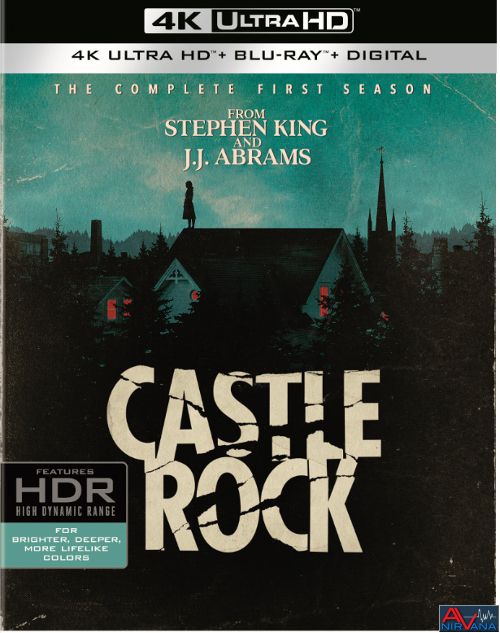 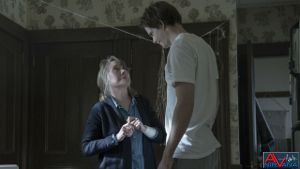 Movie
It’s now becoming standard fare to start seeing more and more TV shows with the words “Hulu orinal”, or “Netflix original” next to their name. The bigger studios are seeing a decline in their broadcast and cable TV shows, and small startups like Netflix and Hulu are now the 800 lb gorillas in the room, able to swing enough cash and leverage to have their own produced TV shows and movies at hand. And they’re not just bargain bin garbage either! Easily rivaling the big boys, Netflix themselves have rescued several incredible TV shows (think Longmire) and Marvel Studios partnered with them to create great stuff like Daredevil and The Punisher with great critical response. Even Amazon got in on the action and started their own exclusives, and Hulu is the latest player in this particular game of online streaming TV shows.

I never got a chance to check out Castle Rock on Hulu when it was released, as I had too much content on my plate to start something new, but I was instantly intrigued with the names “Stephen King” and “J.J. Abrams” plastered all over it. I’m a big Stephen King fan, and loved J.J. Abrams TV shows back in the day (except for the final season Fringe was one of the best sci-fi shows on TV) so I was extremely eager to dig into this 4K release (Hulu, Netflix and Amazon prime series usually don’t get physical releases, let alone a 4K release).

Henry Deaver (Andre Holland) is a death row attorney who is forced to return home to his childhood town of Castle Rocke, Maine, when he gets a call about a mysterious prisoner in the equally mysterious Shawshank Penitentiary. Coming home he finds that he prisoner is a young man revealed only by the name “The Kid” (Bill Skarsgard), and he has been recently found in a long abandoned cell block under the prison itself. No one knows how he got there, how he’s alive, and what he was put in there for the first place. All they know is that this boy whispered Henry’s name and those in charge want to figure out what’s going on. 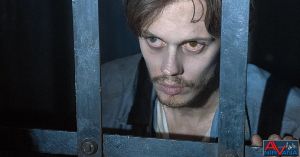 To make matters worse, Henry’s mother (Sissy Spacek), who is living with the local sheriff Alan Pangborn (Scott Glenn as a welcome guest star), is starting to go through the early stages of dementia, and not only does he have to figure out what is going on with the mysterious case of The Kid, but he also have to come to grips with his own childhood trauma and deal with the mental demise of his aging mother.

I wasn’t really tuned in to Castle Rock when it came out, but being J.J. Abrams and Stephen King, I was willing to give it a shot. The series is just BATHED in this foreboding tone, as you’re left with this nervous feeling that something isn’t right in the little town of Castle Rock. Most of the time it’s just a sensation or a feeling, but every once in a while you start to realize that something really IS off in the town, and poor Henry Deaver is stuck right in the crosshairs. Crosshairs that were on him the whole time he was growing up and gone, but now have been reacquired in full with his return.

Season 1 is a bit rocky to say the least. The show is dead set on keeping multiple story lines and multiple mysteries going on at once, but it’s not until things wrap up that you realize that they aren’t anything more than the sum of their parts. So much of the plot and story was devoted to things that tease at what MIGHT come, or hint at things that never really materialize, so then when the giant reveal happens in the last few episodes (and don’t get me wrong, those big reveals are jaw dropping) you’re left sitting there going “wait? So all of that stuff that came before this was just a distraction?) and a frustrated sense of wasted time. The characters are fantastic I have to say, and the dynamics with The Kid, Henry and the twisted town of Castle Rock is intriguing, but it feels too much like J.J. Abrams typical “puzzle box” method to storytelling got a little too far up itself for it’s own good. A fun story, but one that is flawed with WAY too much fluff and filler for a 10 episode season. 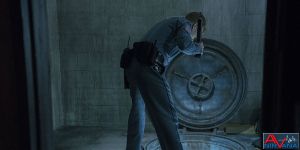 Shot digitally, Castle Rock: The Complete First Season really look gorgeous in 4K UHD. The show is dimly lit for the most part, with lots of cool blues and greens saturating the image, but the detail levels remain high with some really awesome wide angle shots of the icy lake around the town, as well as close up intimate shots. Facial details are great, showing bloody marks, grime, and general pore details with relative ease. There’s a few soft focus shots that seem to be intentional in nature (stylistic), but overall the clarity and sharpness of the discs are above reproach. Blacks are deep and inky, with only minimal crush in the jail cell where “The Kid” is residing. What I really did love was how spacious and wide open the camera work is. This translates into some amazing outdoor shots that give this awe inspiring visual feel that just really gives us access to so many little textural details (I adore the lake, as it seems to have many little nuances that stand out more than many other locations in the show).

The 5.1 DTS-HD MA mix is more than capable for the TV nature of the show, and does so with gusto. Gunshots, punches, car crashes, and the songs get a hefty boost from the low end, and give the surround channels the action they ask for. On the flip side, this is a dramatic thriller show, and as such it tends to be a bit more front heavy than other series. The dialog is the major bit of focus here, and said dialog is always clean and clear. There’s some decently strong fluctuations in the dynamic range during the more action oriented bits of the show, but other than mild ambiance, the show tends to live in the front of the room more often than not. It’s a good track, and well crafted, with it’s only downside being the sound design of a dramatic show not being as dynamic as something like Westworld. 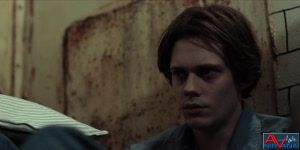 Castle Rock had a bit of a rough season, and it suffered a bit too much from plot filler. The show just took sooooooooooooo long to really get going, and it seemed like this was actually INTENTIONAL for the most part. It was as if the show runners were trying to keep the audience in the dark so as to keep them from figuring things out too early in the game, and the end result is a sense of frustration and being jerked around the whole season, with just a minimal amount of payoff at the end. The big reveals (and hefty losses which tug at the heart strings) are really really well done, but it’s too little too late, and I was left wondering if the juice was worth the 10 episode squeeze. The 4K UHD disc is a nice upgrade over the Blu-ray visually though, and the tech specs are pretty hefty. If you enjoyed the series then this is well worth the pickup, but to most people, I would suggest renting or checking out the series on HULU first.