(September 6, 2019) In a massive announcement that’s sure to shake the foundation of the audio world, Polk Audio is prepping to unleash a brand-new flagship lineup of loudspeakers. This spells the end to the company’s well-regarded LSiM line, giving Polk fans access to six new Hi-Fi speaker designs. Not bold enough, you say? Consider this: Polk is debuting its new top dog – the L800 SDA tower speaker – at this week’s Rocky Mountain Audiofest. Yes, folks, that's rare territory for one of the industry's top-selling speaker brands, but speaks volumes about Polk's confident outlook.

The L800 is Polk’s first SDA speaker launched in decades, drawing from the company’s iconic technology invented by Mathew Polk in the early 1980s. SDA is deployed to minimize the harmful effects of interaural crosstalk (IAC), a natural distortion that exists when traditional stereo speakers are deployed. Polk says SDA “acoustically isolates the two stereo channels and cancels out IAC to deliver a true stereo listening experience, creating a deep, three-dimensional soundstage that faithfully reproduces the recording.” It also allows owners to enjoy amazingly accurate imaging even when the speakers are spaced widely apart.

According to Polk, the L800’s version of SDA employs a “Head Shadow” filter in the dimensional array along with 15-degree angled baffles. These help to achieve IAC cancellation while eliminating the need to toe-in the loudspeaker. The new baffle design also allows the L800 to enjoy a cabinet that’s nearly 25% narrower than previous SDA models, allowing for a more room-friendly experience.

“From the beginning we wanted to make loudspeakers that virtually transform the listening space into the performance space, creating an intimate, immersive and welcoming experience between the listener and the performer,” said Stu Lumsden, Vice President, Engineering and Quality, Sound United. “When we originally developed SDA in 1982, our goal was the most lifelike imaging you ever heard. We called it True Stereo because we were the first speaker manufacturer to maintain stereo separation all the way from the source to the ears, and that is still true today. After more than forty years developing speakers at Polk Audio, I’m confident the Legend Series are truly exceptional for listeners of all levels.”

Polk has also improved up its patented Power Port design, which is deployed to eliminate port noise and improve bass. The company’s engineers have smoothed out the port flare, thus providing Legend speakers with better bass output and a smoother transition into the listening area. Other tweaks include improvements to the speaker’s Turbine Cones and Hi-Res certified Pinnacle Ring Radiator tweeters.

I have been getting there notifications about this...being that i spend so much money on there speakers . They look sweet. But pricey. If i ever move i will look like a speaker store....I have 20 polk speakers and 4 polk in ceiling speakers in my house.

Looks like its the T / S / Legend Series now. Anyone looking for the other older series can probably score pretty good prices. All mine are RTiA series, not even advertised on the polk site as of today.You have to use the Series drop down too find them.
Last edited: Sep 6, 2019

.RTiA has been a bread and butter speaker line for Polk for 15 years... it’s a very affordable speaker that performs great. I’m totally onboard with you deploying those! While LSiM is getting phased, RTiA is not. You’re good to go!

The Legend Series is a big deal - they’re taking aim at some of the high-class options on the market.
Last edited: Sep 6, 2019

Polk did very well in our evaluations... and I would love to get a pair of the L800 SDA's in for an evaluation.
G

May be Polk will have the friends and family 50% off on these as well. It's crazy how much the MSRP price is, but Polk can slash 50% a couple times during the year.

This has me scratching my head. We sometimes ADD IAC to make headphones sound like speakers, and here Polk is cancelling out IAC to make these speakers sound more like headphones! Gotta look into this.

I had, and enjoyed, a pair of SDA 2A speakers back in the mid eighties. They produced a fantastic detailed sound stage and I loved them. I traded them in for DTI BP-2000’s in the 90’s.

I look forward to seeing and hearing the SDA 800’s as well as the other new Polk’s! 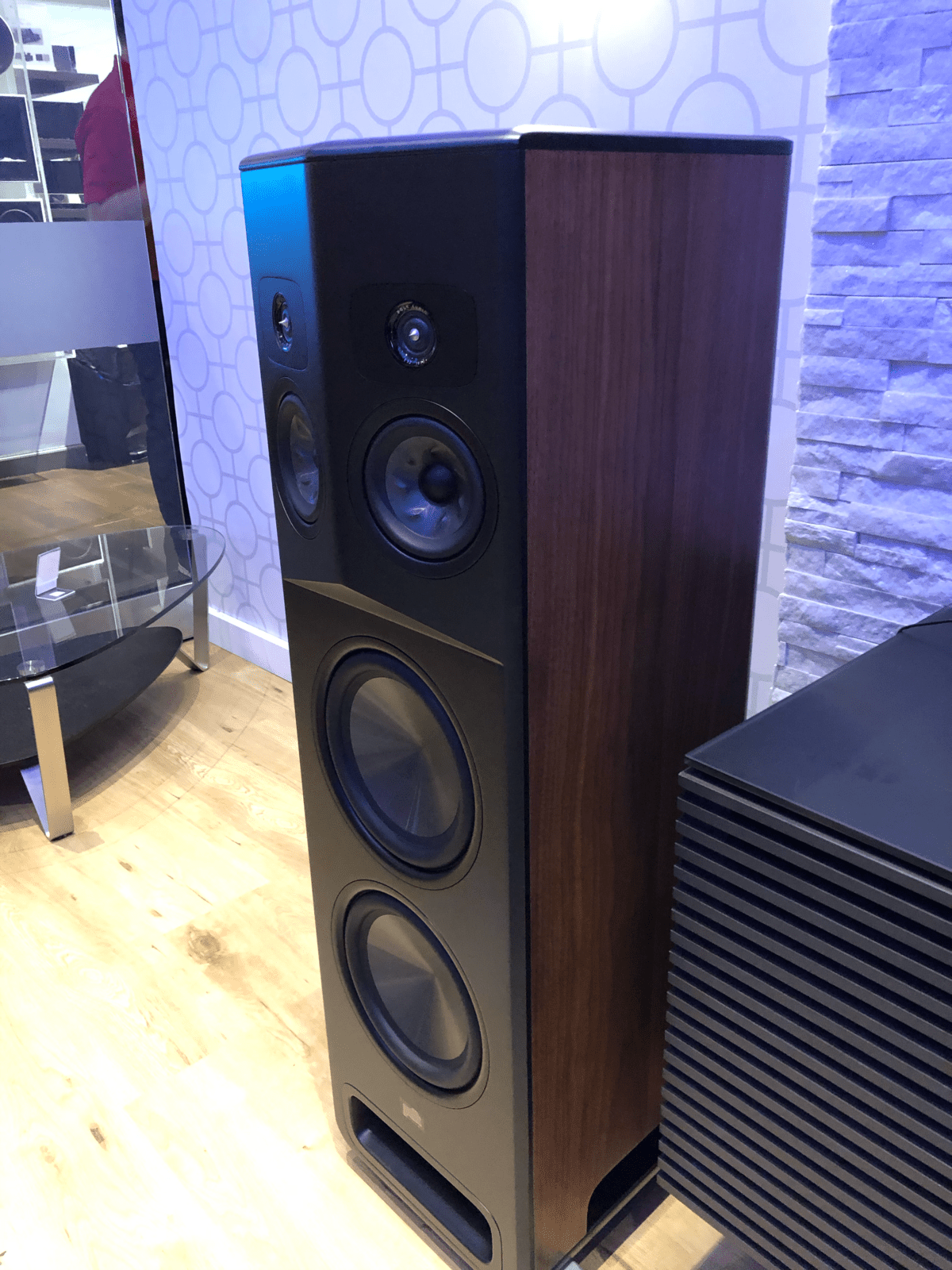 TitaniumTroy strikes again, got to hear these a couple of weeks ago at ABT Electronics in Glenview IL. They had some big event going on with several manf., with a raffle that you could enter if you got 5 company reps from B&W, Martin Logan etc... to sign your pamphlet. Prizes were budget relievers, cables, and so on.

Unfortunately Polk Audio had the worst sounding room, very high ambient noise and only 2 walls. Plus the rep would only play a minute of a rock track from some band I never heard of, something to do with Monkey's I think. Anyway soundstage was very wide from the listening position and I think off axis too. Way too much bass for me though, not distorted. Just so much of it, would hate to think what it would sound like if the room had 4 walls. This coming from a guy who has two 15" woofers in my JBL 4367's.

Being a Design Center Store, this store had many rooms and is really big. Off course the other half of the store sells appliance's also.
When you give away free stuff, a lot of people will definitely show up.
T 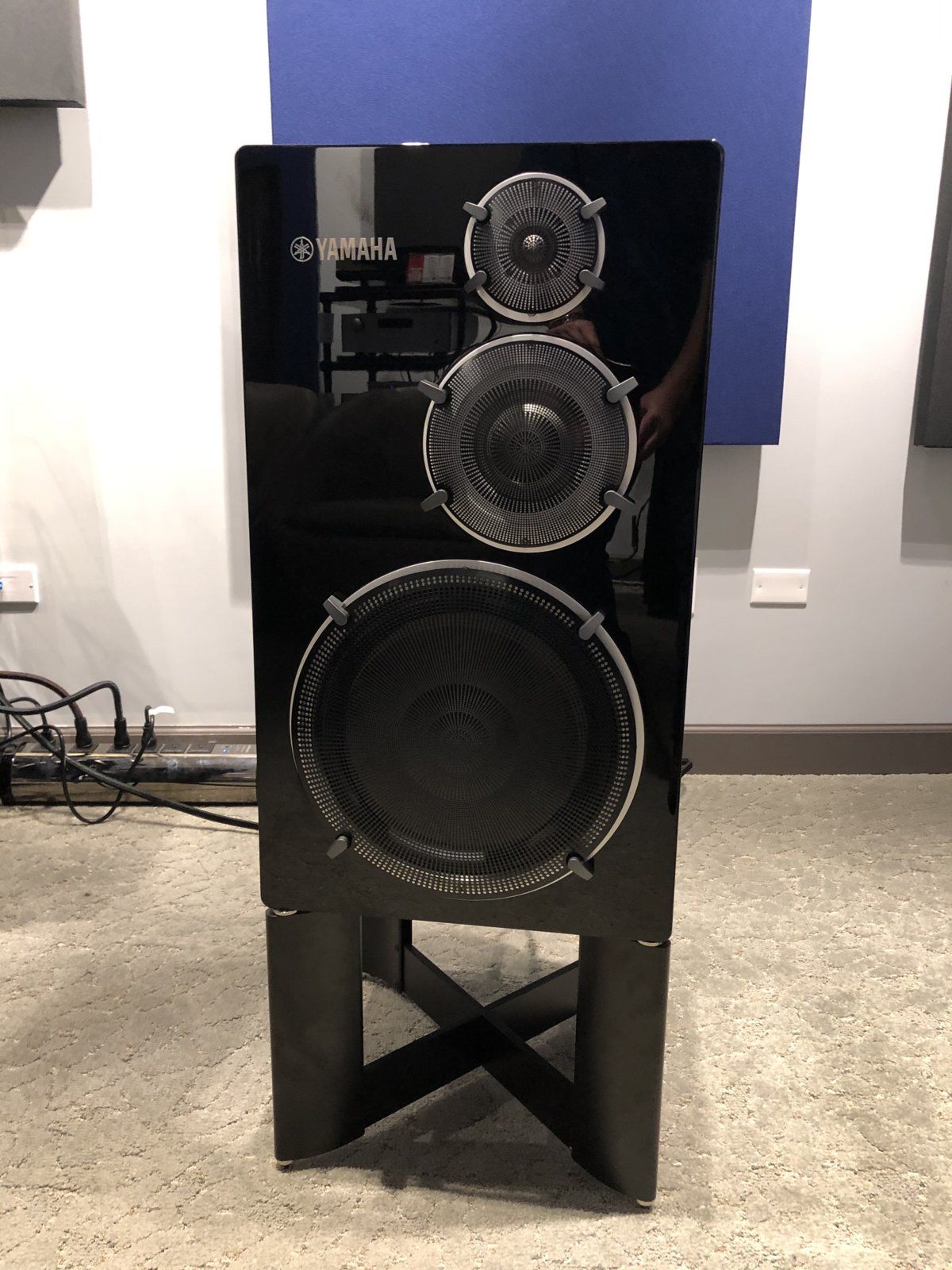 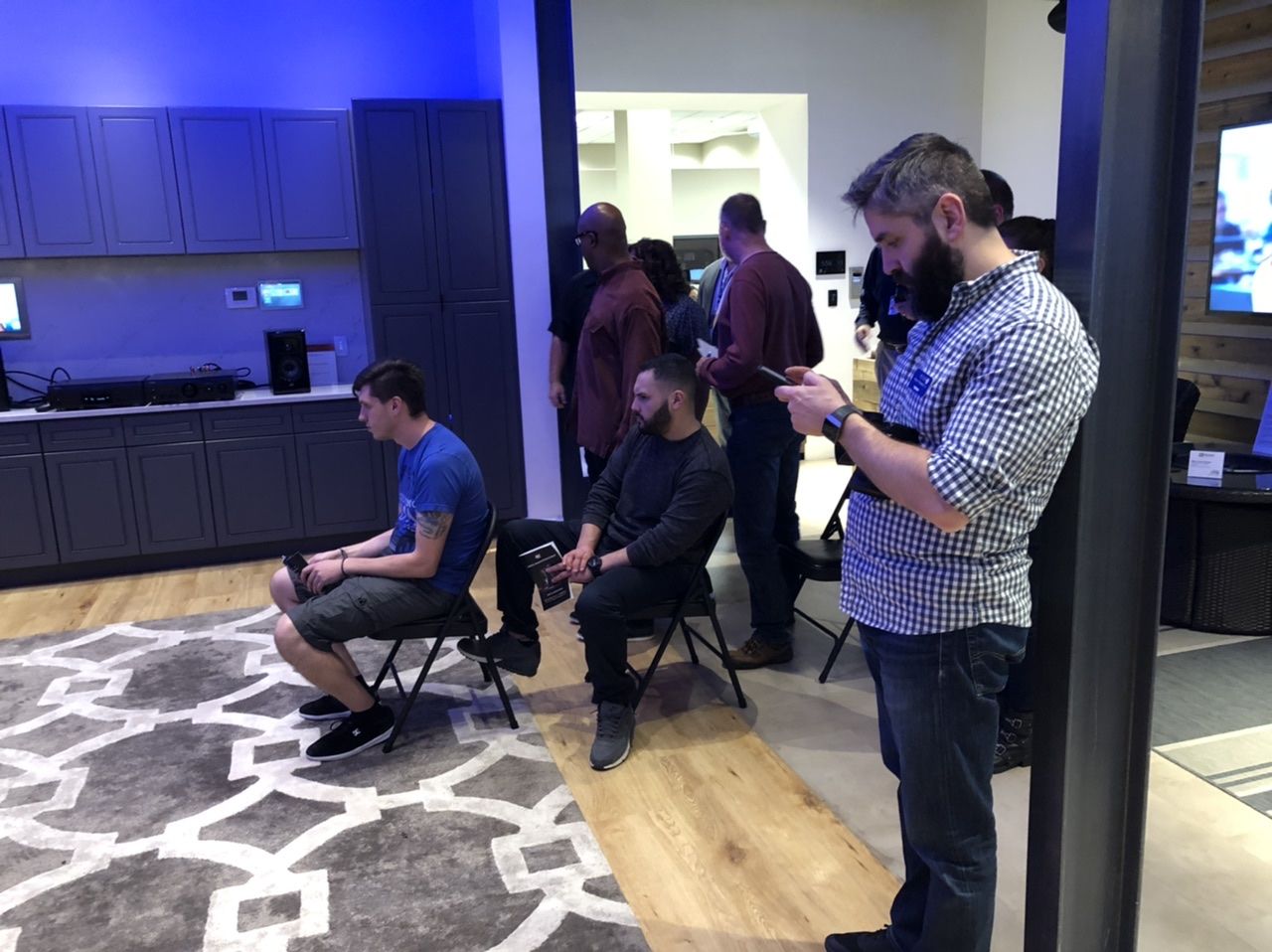 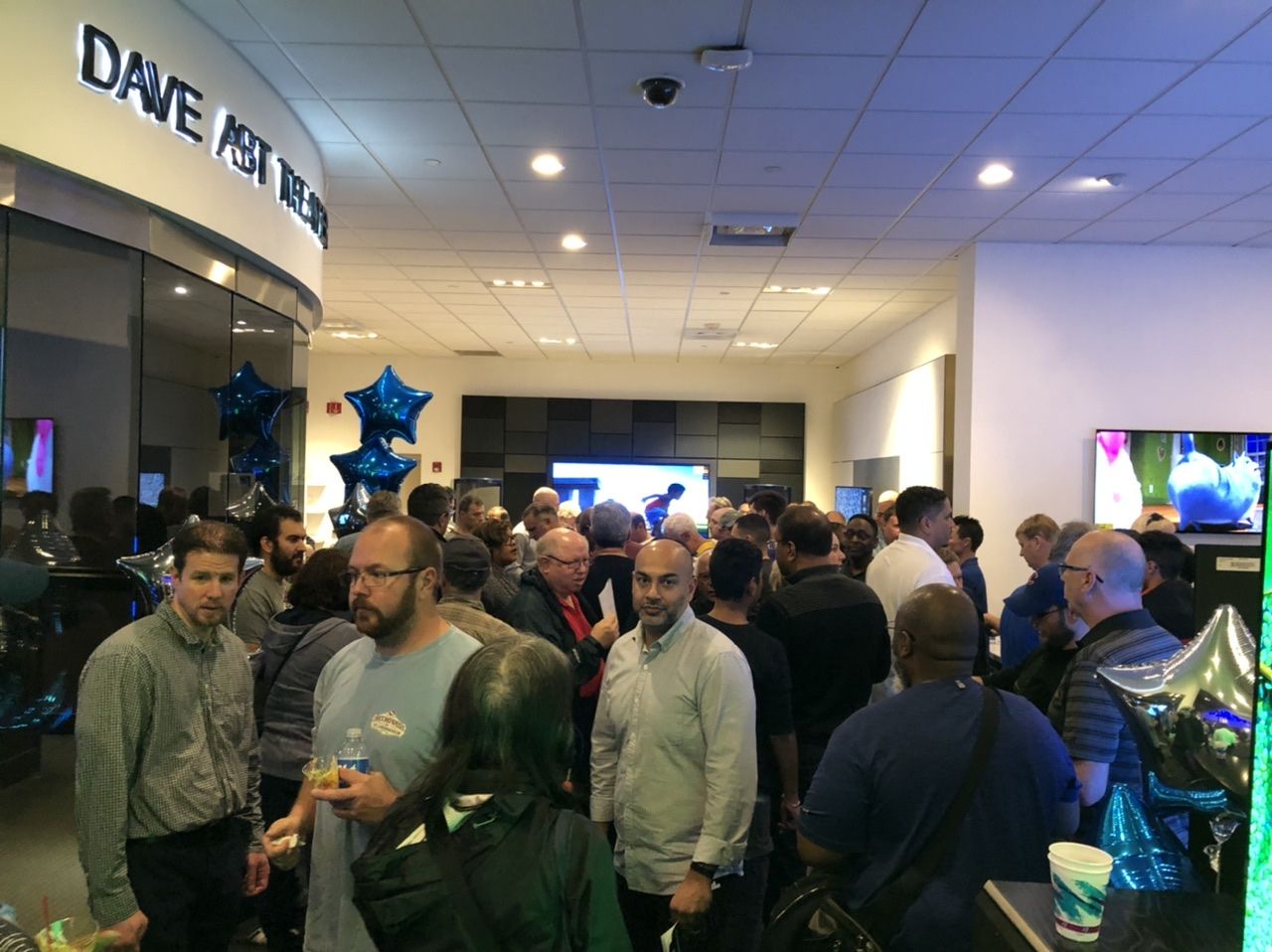 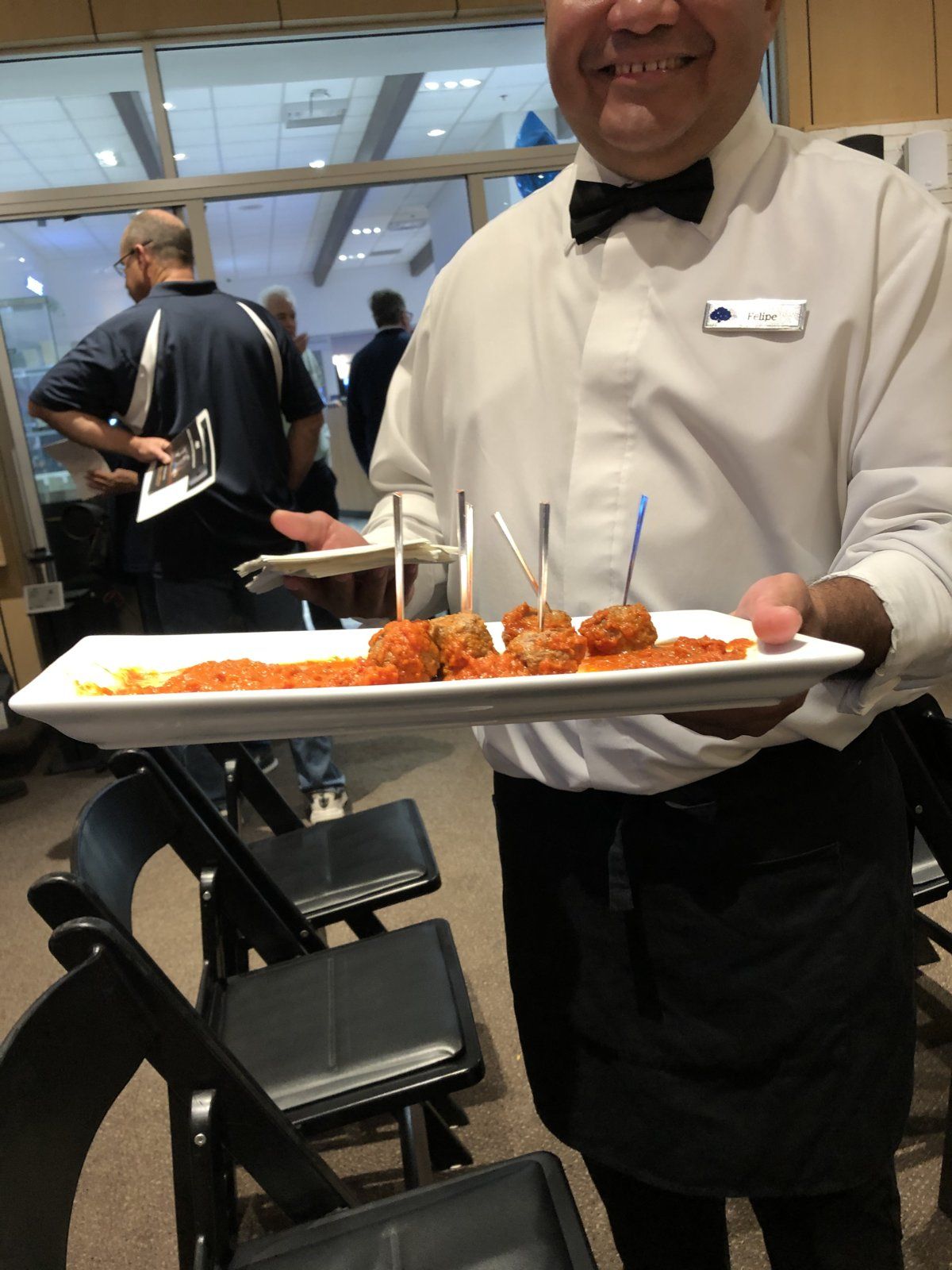 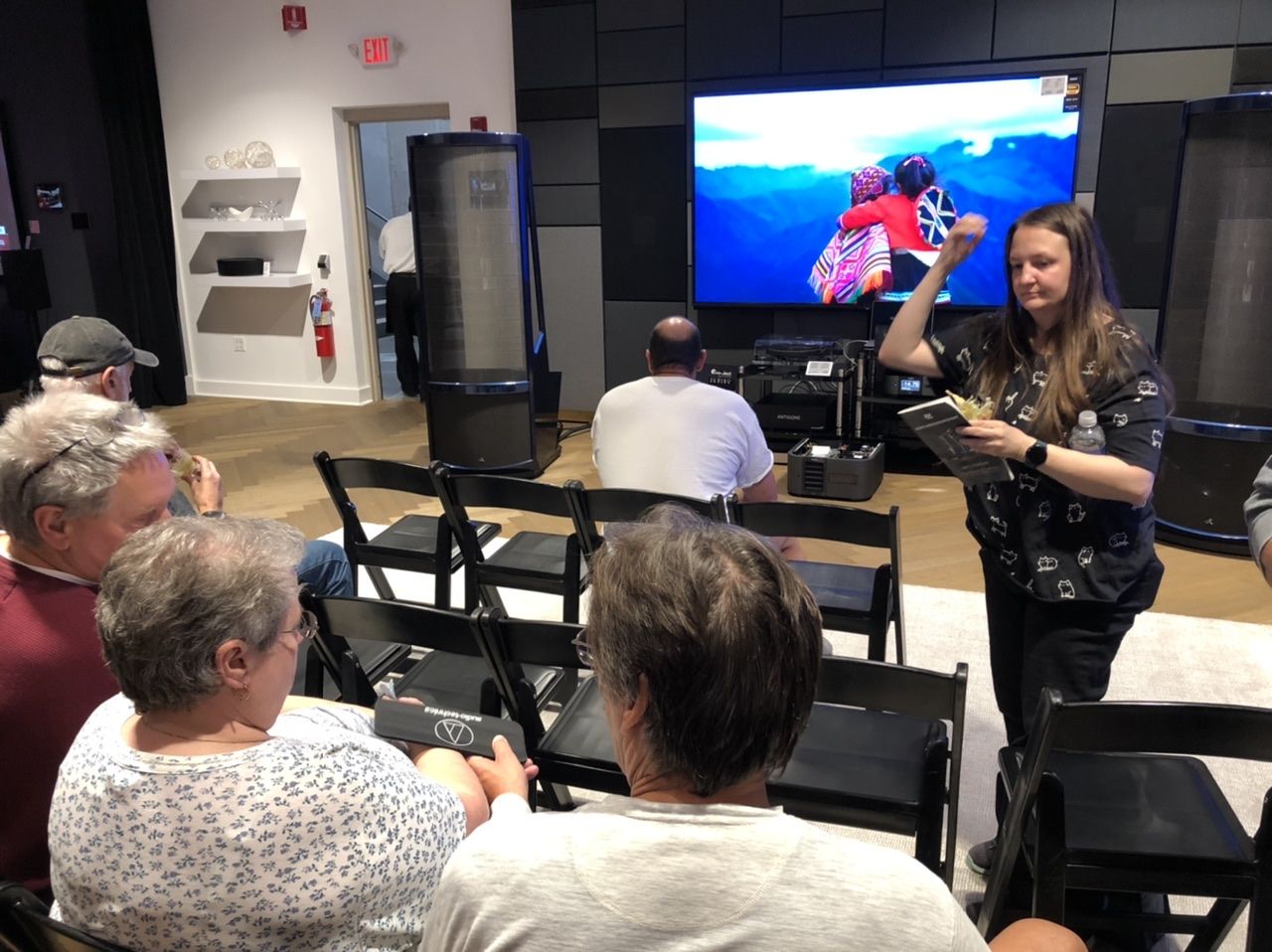 Those Yamaha speakers have never been shown at a stereo store before$15k I think, all drivers are made from Zylon. Which is stronger than Kevlar, Martin Logan had the best sound of the show. Playing some Fleetwood Mac, They have some really big fish tanks and the best selection of Rock looking speakers I've seen.
T 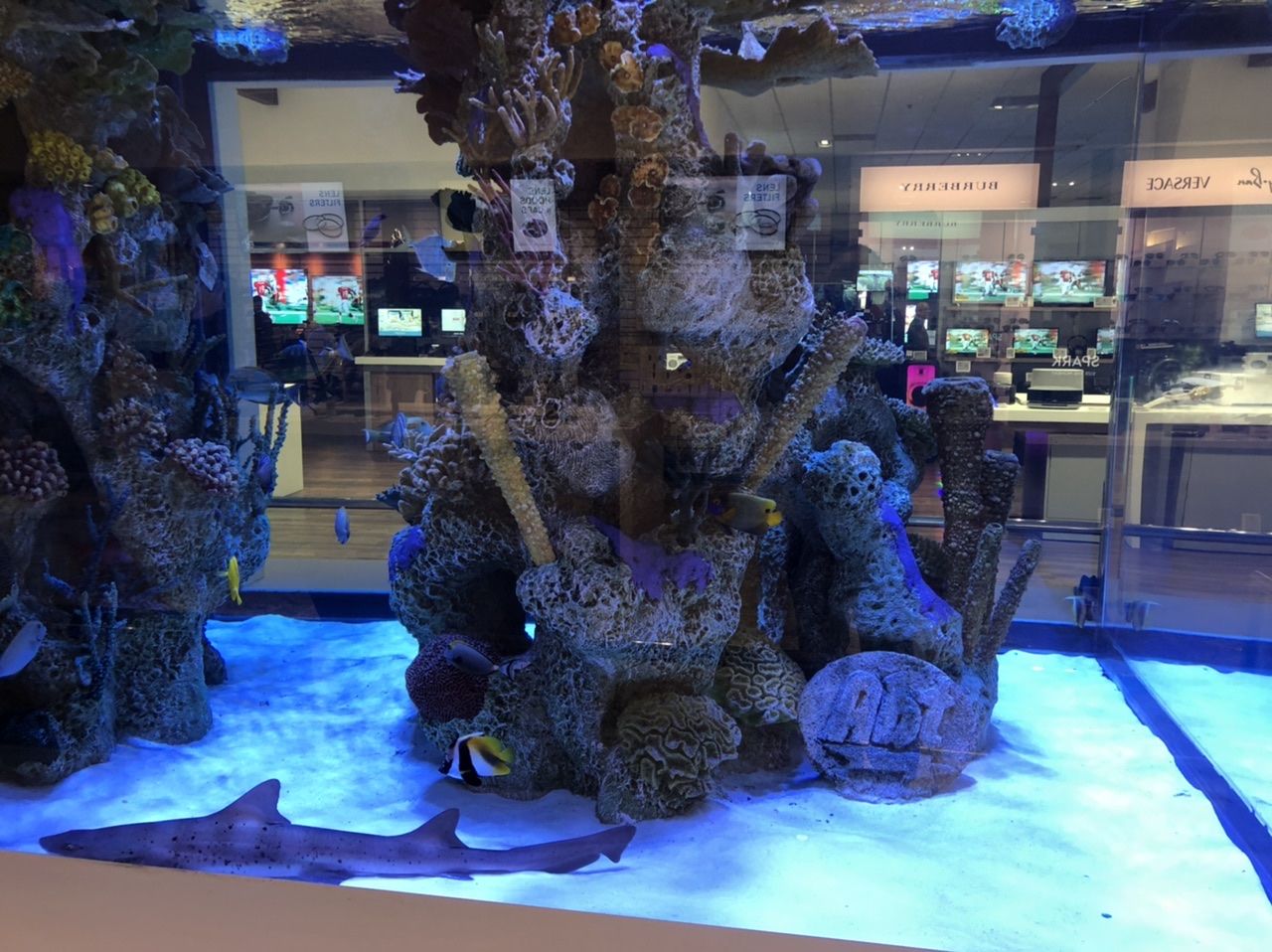 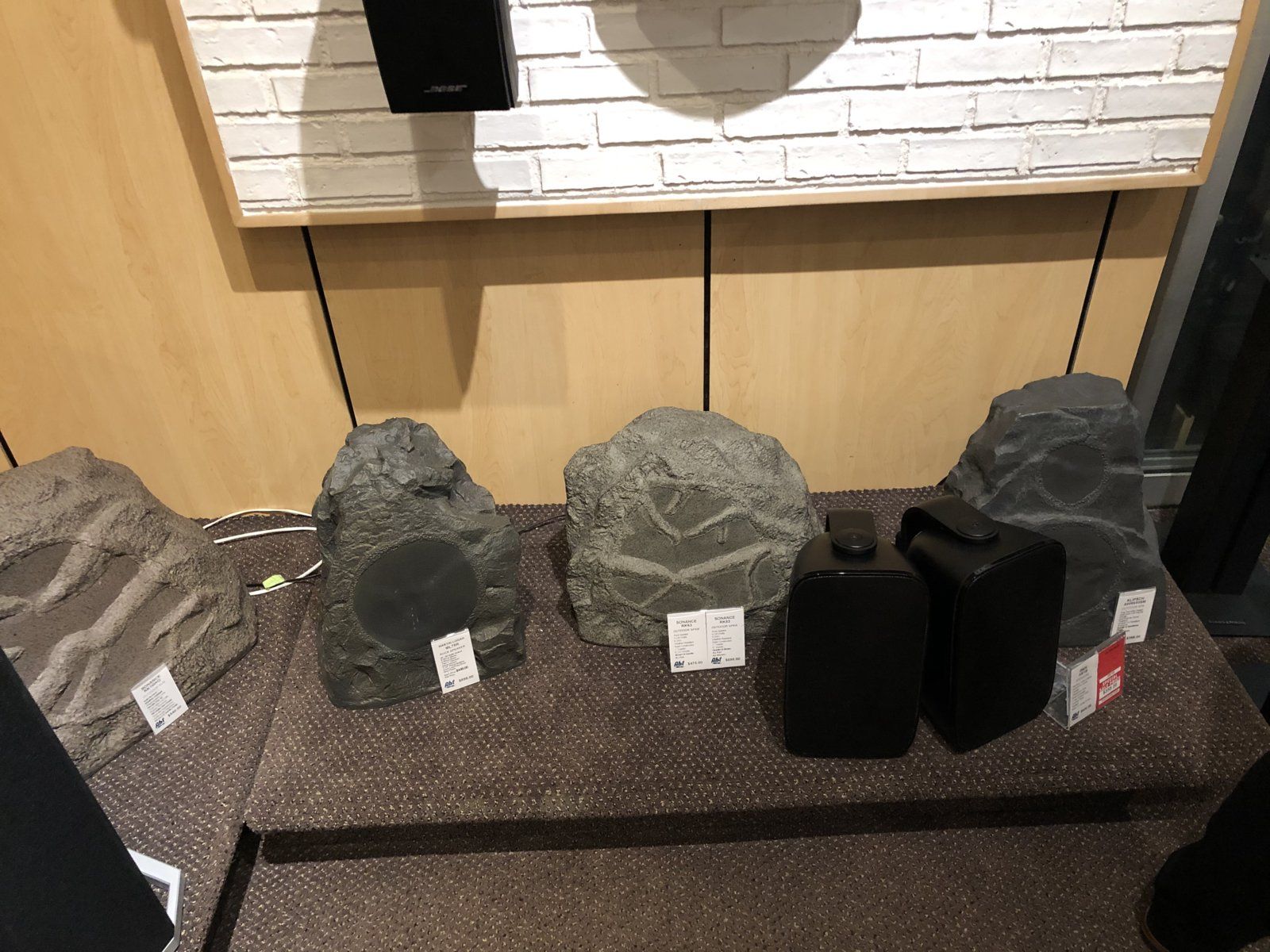 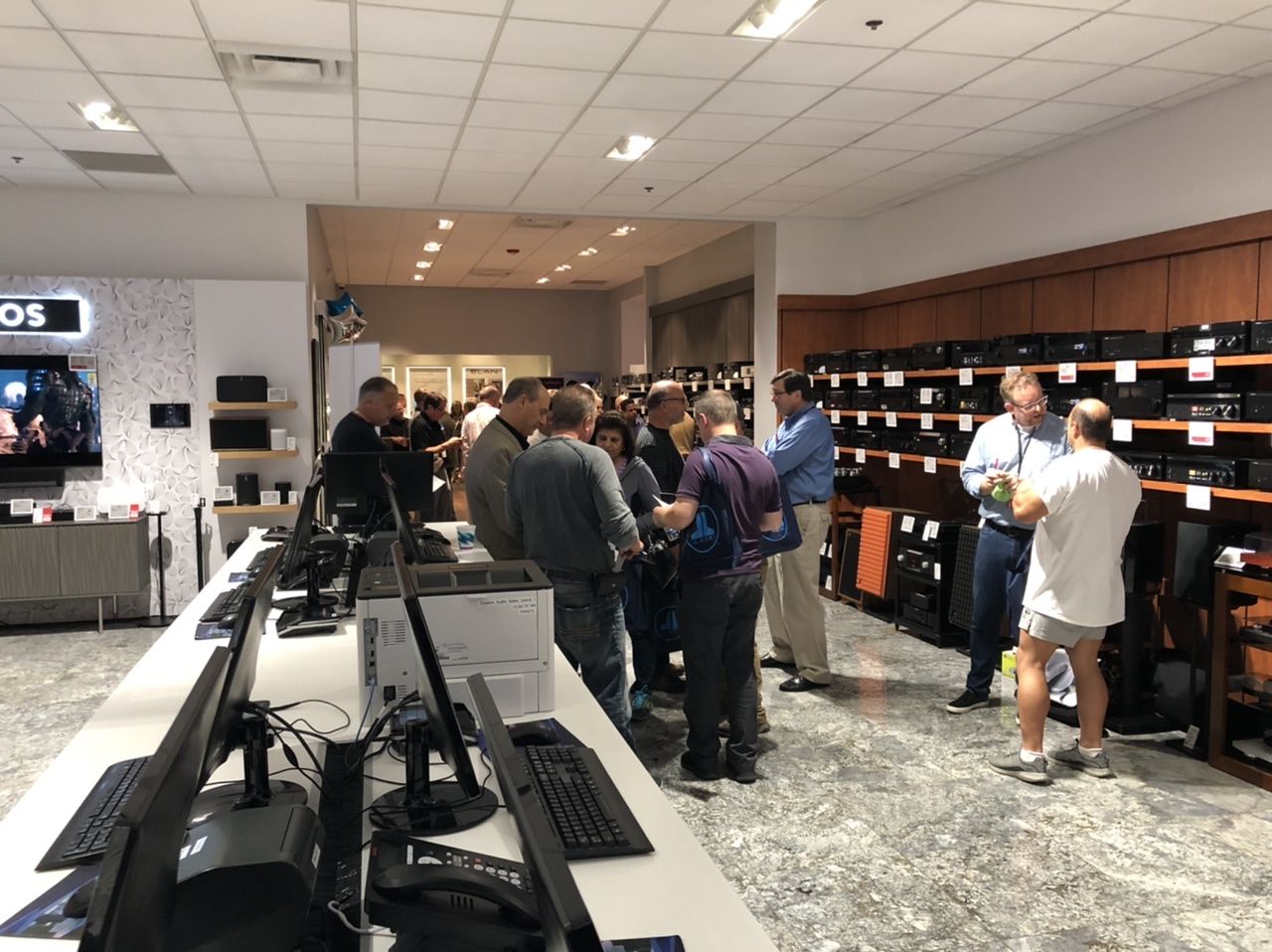 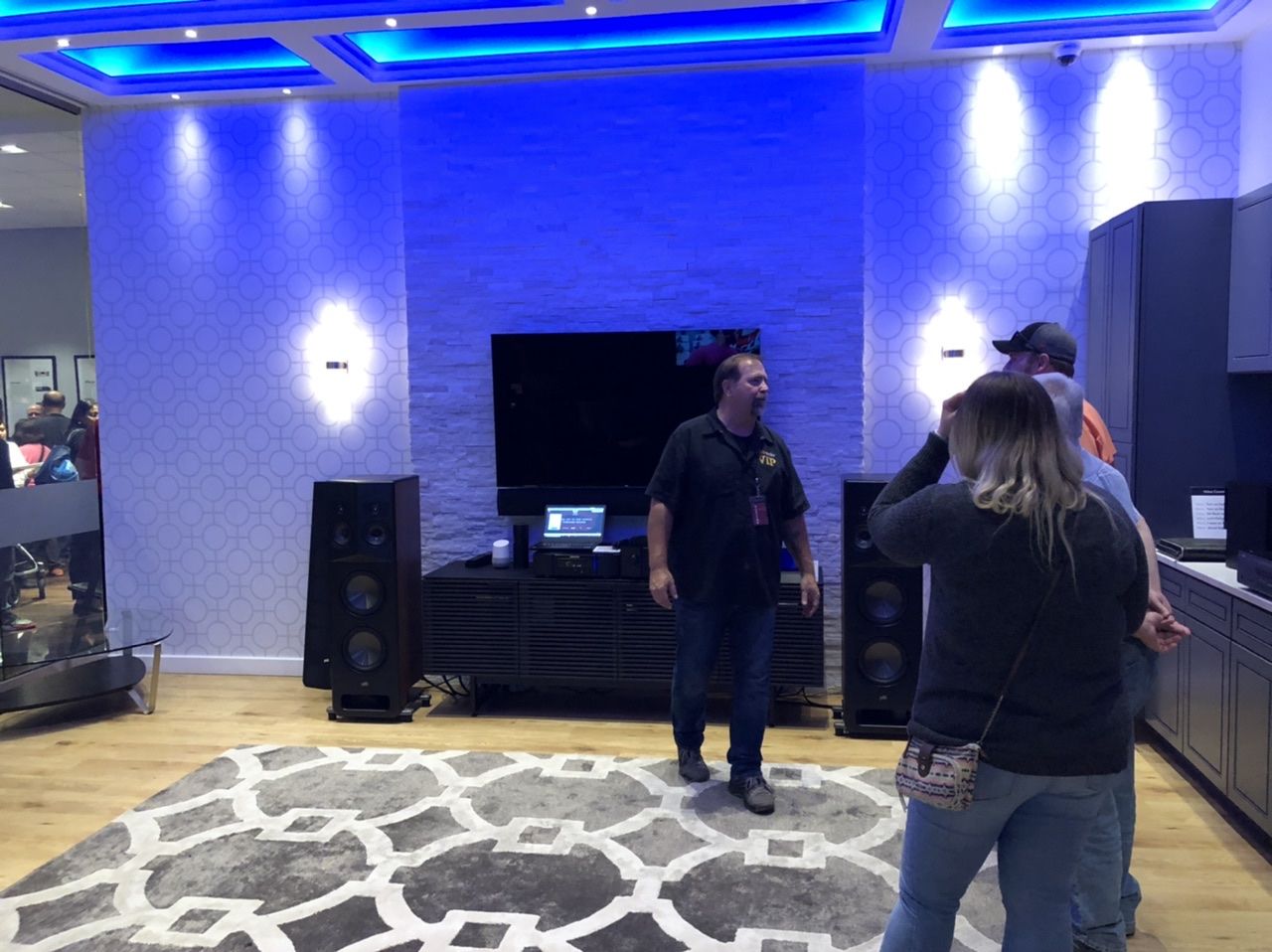 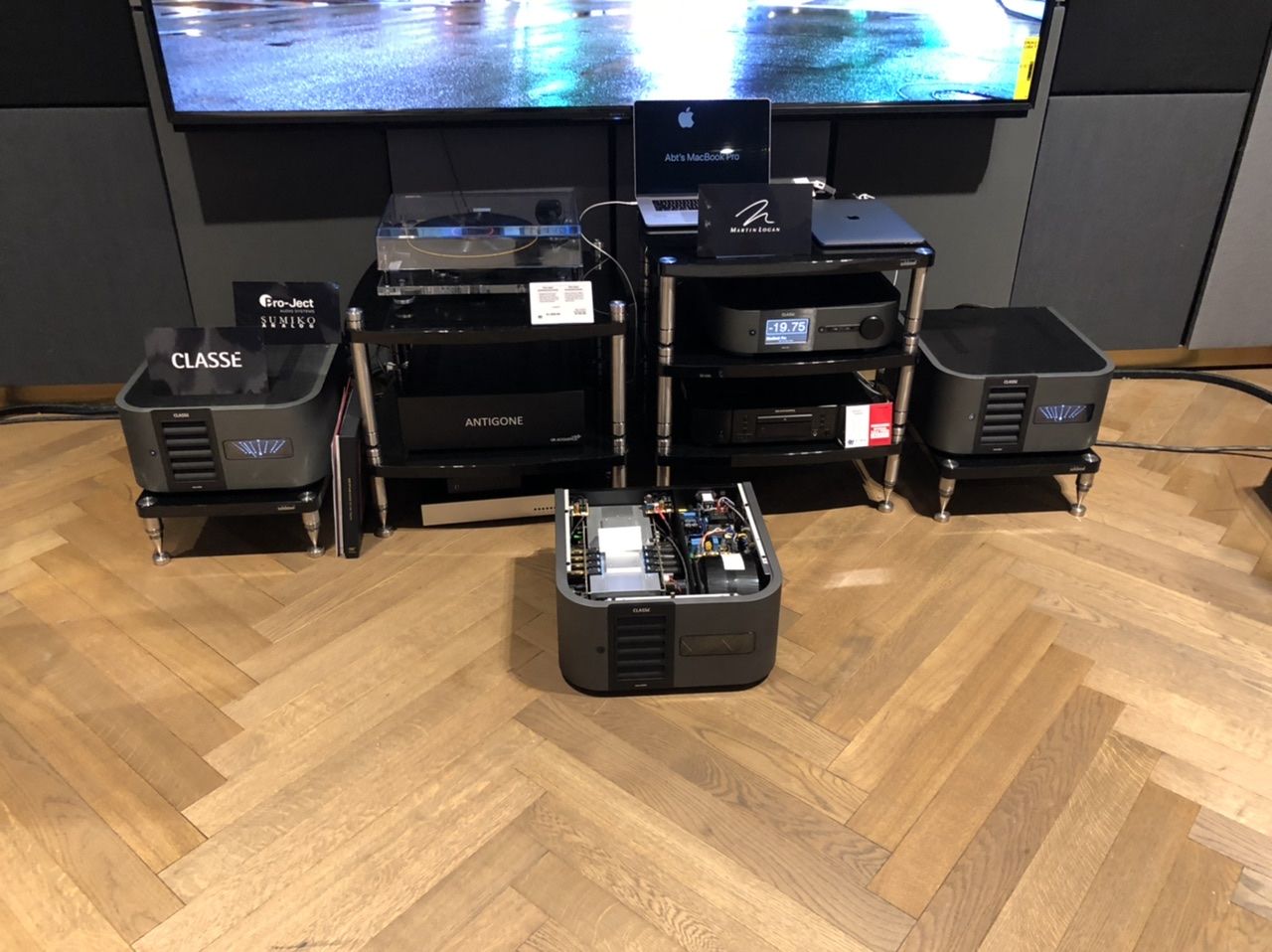 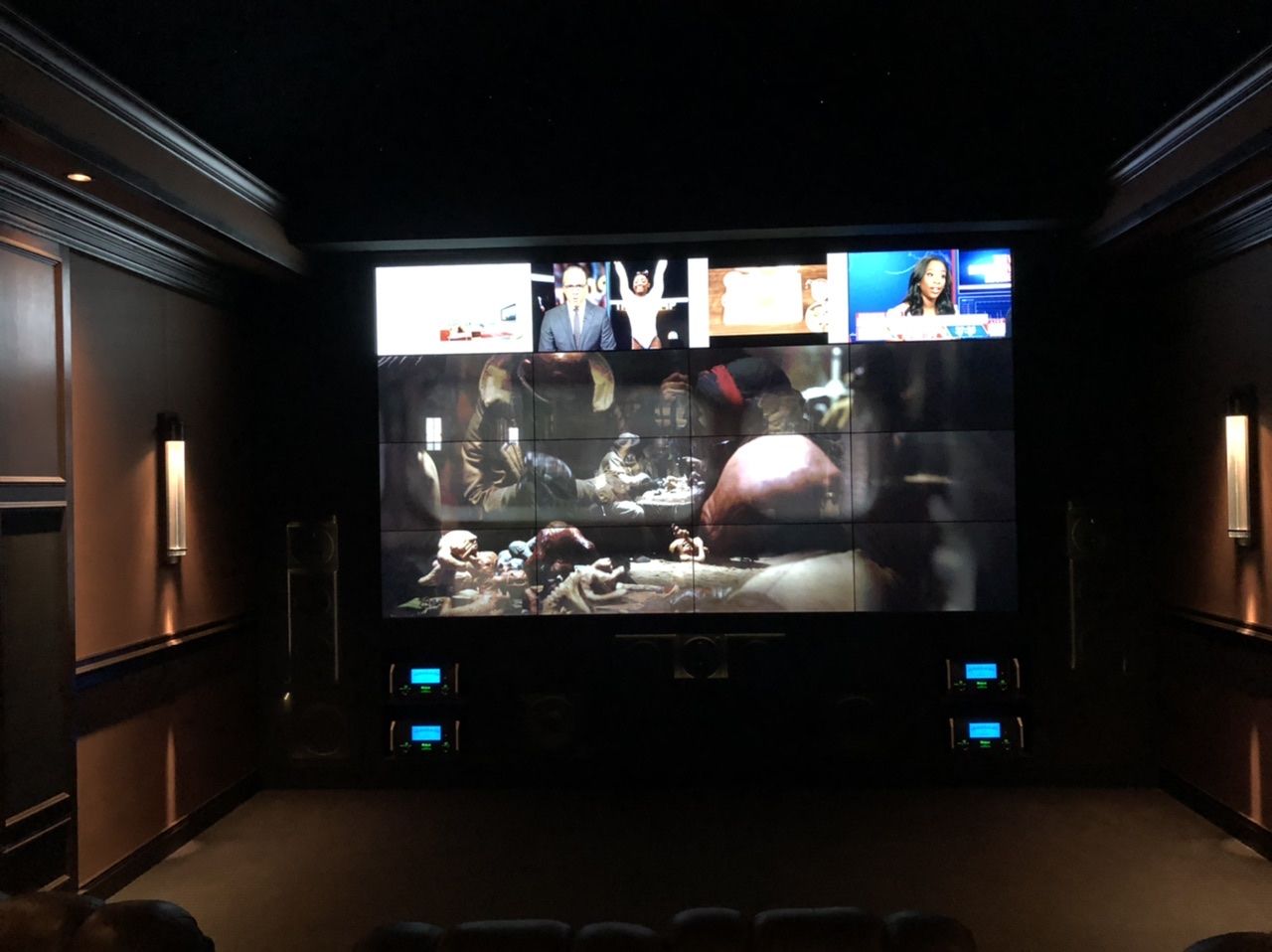 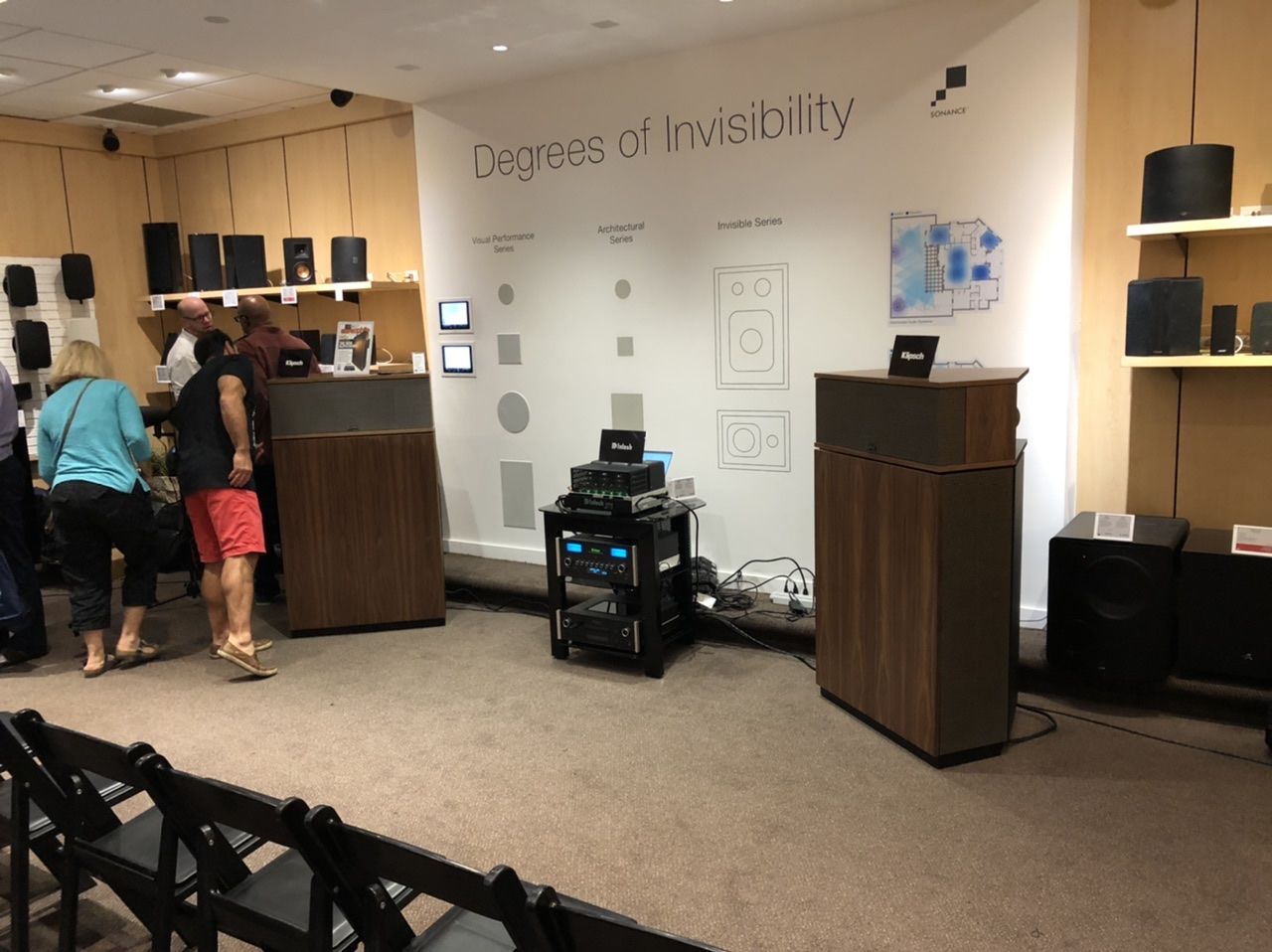 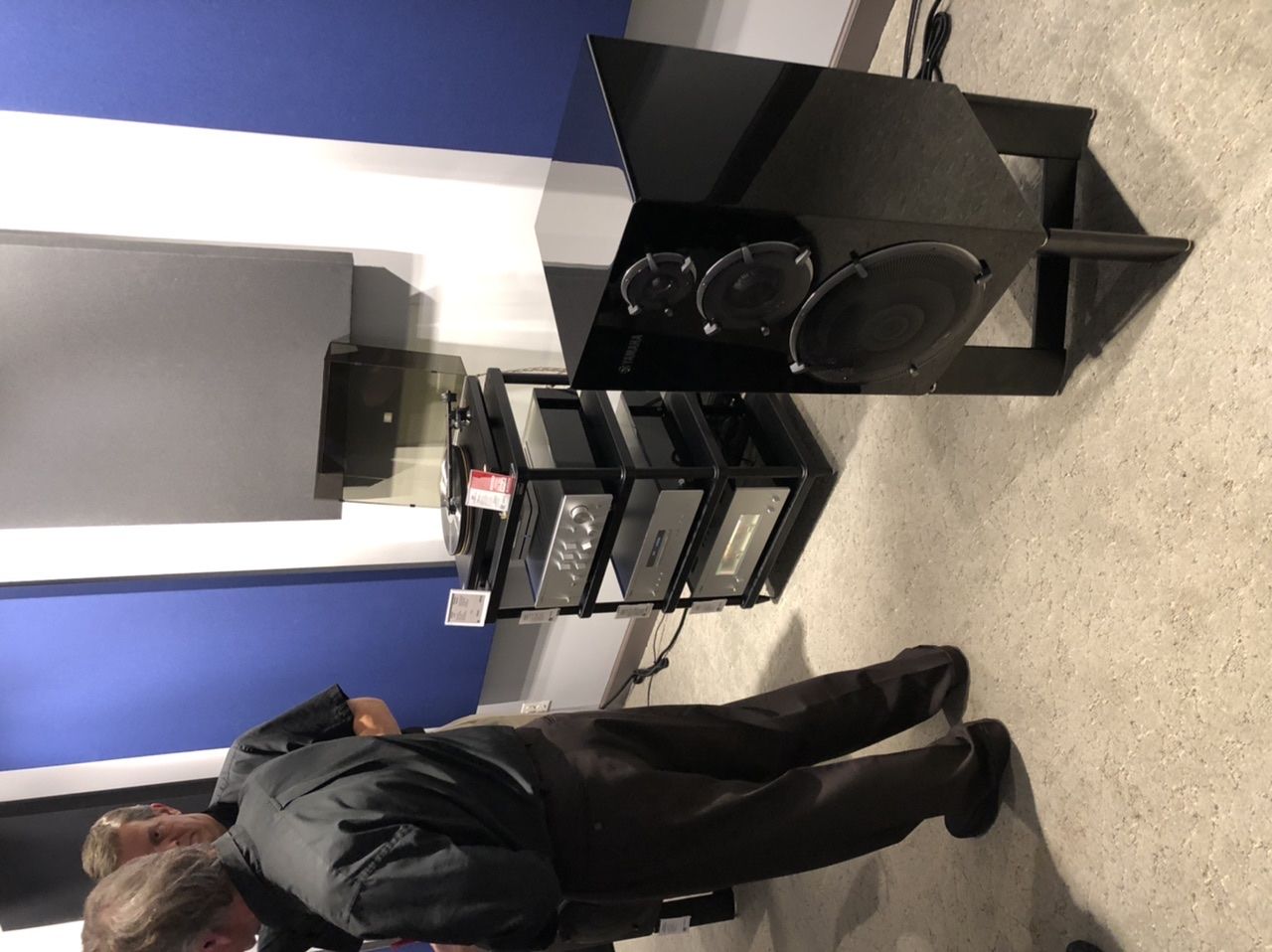 Thanks for the pics... good looking stuff. I never knew ABT was that much into the high-end side... apparently they are.
T

Thanks Sonnie, I never did either I think this was much better than the two Best Buy Design Center's I've been too. Great to see people come out for audio.

Sonnie said:
Polk did very well in our evaluations... and I would love to get a pair of the L800 SDA's in for an evaluation.
Click to expand...