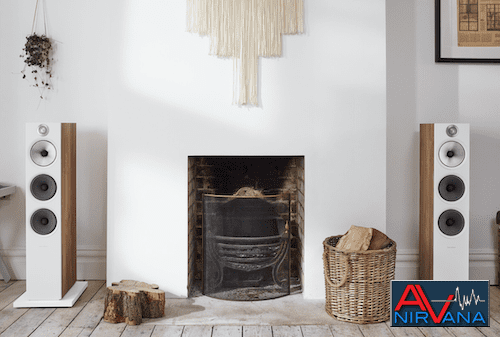 (September 2, 2020) For the last 25 years, Bowers & Wilkins has reserved its 600 Series to be its most affordable speaker option. Designed in-house and benefiting from proprietary trickle-down technologies, the 600 Series is anything but a compromised budget offering. Now, announced today, the 600 Series has received a special Anniversary Edition makeover, propelling the series to its most advanced iteration yet.

Changes are plentiful for the new 600 Series, both inside and out. On the exterior, buyers now have access to a gorgeous oak finish, which is offered in addition to matte black and matte white, across four stock models (607, 606, 603, and HTM6). And if a red cherry finish suits your fancy, that can be special ordered. Additionally, each Anniversary Edition speaker utilizes a tweeter surround emblazoned with a celebratory logo inscription. Note, the line’s existing ASW608, SW610, and ASW610XP subwoofers and STAV24 S2 stands are unchanged from 2018’s Sixth Edition release.

“The 600 Series Anniversary Edition is a classic example of Bowers & Wilkins thinking” explains Andy Kerr, Director of Product Marketing & Communications. “By using our unique, in-house-developed components and technology from higher ranges, we can raise the performance of our entry-level product to new heights and for a very modest premium. The 600 Series has been setting the standard in its category for 25 years and we’re confident our new Anniversary Edition range will carry on that tradition in style.”

Pricing, features, and package options, as detailed by Bowers & Wilkins, are as follows:

For more information about the new 600 Series Anniversary Edition, visit bowerswilkins.com on the net.