Are MicroLED Displays Poised to Make a Serious Run in the Consumer Market? 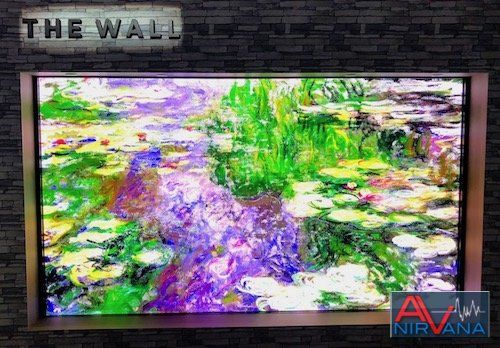 (July 2, 2019) MicroLED represents the industry’s latest display technology, joining a landscape that’s currently dominated by LCD and OLED variants. It’s a tech that first entered the mainstream conversation with the arrival of Samsung’s massively exciting – not to mention visually dazzling and physically imposing – prototype MicroLED display called “The Wall.” The Wall has wowed show attendees at CEDIA and CES events over the last several years and is scheduled to be sold direct to consumers (read: uber-wealthy consumers) sometime during 2019.

Sony also has a tile-based MicroLED model called Canvas Display (or CLEDIS). CLEDIS is currently in production for outdoor commercial use.

Much like OLED, MicroLED is an emissive technology that utilizes millions upon millions of micro-sized LEDs to create an image. Unlike OLED, MicroLED is capable of significant levels of brightness, and it does so while maintaining the ability to deliver limitless blacks, excellent off-axis viewing angles, resistance to ghosting or burn-in, and excellent energy efficiency. That makes benefits over OLED are rather obvious, especially when considering the value of brightness and High Dynamic Range reproduction.

While Samsung’s 146-inch Wall has captured our attention, its size doesn’t represent what most consumers need, want, or can afford. Thus, Samsung’s engineers have been challenged to further shrink MicroLED tech to work with consumer-sized displays. And current demand for the technology is rather low. According to a recent article published by Electronic Products and Technology (EP&T), MicroLED shipments for the remainder of this year and the next are only forecasted to reach 1,000 units or less.

Here’s where good news enters the picture. Early this year, Samsung arrived at CES 2019 with a 75" MicroLED prototype TV, demonstrating that smaller sized MicroLED TVs are definitively possible. And EP&T highlights a recent industry report that predicts MicroLED manufacturing costs are poised to fall in years ahead, making MicroLED’s health in the consumer market rather robust. In fact, manufacturing costs are predicted to be highly manageable within the next four to five years. By 2026, MicroLED display shipments of various kinds are expected to reach 16-million, placing it in “mass-market territory.” This is fantastic news for consumers. And while it might not happen as quickly as enthusiasts would like, consider Sony's introduction of OLED occurred in 2004 – a year that seems like it passed just weeks ago.

If anything, it appears OLED might only have legs for another seven to ten years. Hang tight, folks. Exciting times are on the horizon!

Thanks for the news update. MicroLED does look promising. OLED is the best thing right now so we shall see if microLED can take over in the near future.