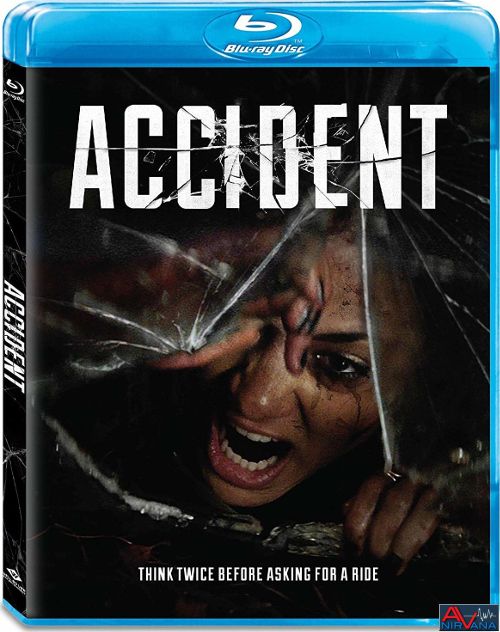 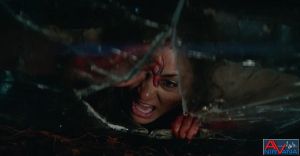 Movie
Accident was actually one of two Well Go USA films that I ended up reviewing digitally almost a year ago today, and while Goldbuster doesn't seem to have garnered a Blu-ray release, at least Accident has been upgraded to a physical format. As such, my opinions of the film still stay the same, but now that I"m not viewing a streaming source I can give proper video and audio scores to this review.

While I had high hopes for Goldbuster, I had very little knowledge about Accident when I requested it. I’m a huge fan of Well Go USA, but this is one their NON Asian films, and that is usually a sign that the movie could go either way. The Texas based independent film studio chooses it’s non Asian films differently than most, and they usually end up with VERY unique films (which can be either good or bad). However, the description labeled this as a thriller so I was more than happy to add Accident to the list. The sad thing is, this is another one of those movies where it’s a swing and a miss for Well Go USA, as I have a hard time believing that Accident was anything less than an actual accident that it was actually made!

The film is based off of a series of rather unfortunate events that happen to a pair of young girls going to a music festival in Northern California. Caroline (Roxane Hayward) decides to hitch a rid up with a couple of friends that her parents don’t approve of, and doesn’t bother to tell her best friend Jess (Stephanie Schildknecht) about the change of plans. Only thing is, those friends decide to ditch them at the last moment and the girls are stranded. Catching a ride from a pair of hunky boys named Fred (Tyrone Keogh) and Thomas (Keenan Arrison), the girls head up to the festival only to be involved in a horrible accident.

Now the girls and guys are pinned inside the flipped over car, and they have to find a way to escape. At this point in the movie I’m wondering what is going to flesh out the plot, as we’re only 30 minutes in, but that comes in the form of a few secrets that Fred and Thomas have hidden away. It seems that they stole the sleek black BMW that they’re driving, and some VERY bad men want it bad. So now they have to get out of the car, dodge the killers who are going to stop at nothing to get the car back, AND stay alive long enough to get back on the road.

To say that Dan Tondowski’s Accident is not a good movie is an understatement. The film is a repugnant display of bad writing, bad directing, bad editing (there are huge swaths of the film that are coated in cheap slow motion and rewinds), and bad acting. The movie itself plays out like a high school drama, with the nubile youngsters having the camera pan up and down their bodies in anticipation of back seat naughtiness, but then turns full thriller when the car upends itself when one of the guys tries to push his way onto Jess (who ironically sobs her eyes out later when she can’t save him). Actions are stilted, and the tension is next to zero. After a while of stupid back and forth dialog with Jess and Caroline trying to unbuckle their seat best you almost wish that the killers would come and wipe out the whole 4some of young adults in order to end the film.

There’s also some really jarring inconsistencies in the film. Fred is seen thrown from the car at one point, with a massive branch impaled in his shoulder and he claims that both legs are fractured. Then not 10 minutes later he gets the branch pulled out and he’s no longer bleeding, AND he can suddenly walk (wasn’t his legs supposed to have been fractured?)! The copious use of slow motion CGI is pretty painful to the eyes, but I have to begrudgingly admit that the director claims there were some massive budgetary constraints, and it’s a miracle the movie was finished at all. Something that unfortunately is obvious when watching the movie itself.

Well Go USA delivers another solid Blu-ray entry with Accident, and if memory serves me well, this is a rather substantial increase in clarity over the streaming copy I used to review the movie last year. The 2.39:1 AVC encode is rather clean and neutral, with the sunny daylight shots of the first two minutes having a warm glow to them. The rest of the movie is set at night with the girls trying to escape the car and keep their lives, but visual clarity is digitally clean and clear. There’s almost that glossy digital “sheen” to the image and the black levels are quite impressive. There IS some banding (especially underwater near the end), but that’s pretty much par for the course for Well Go USA releases. The film’s detail levels are very impressive, and if not for the banding that comes and goes I would have to give this disc a solid 4.5/5.

The 5.1 DTS-HD MA track is easily the highlight of the disc, delivering a show stopping mix that really seethes and pulsates with energy. The opening bit with the girls driving makes good use of the surrounds with the music in the background, as well as the rush of the highway. The real fun begins right as the accident happens, with a HUGE wallop of bass that pretty much follows the track from then on out. The tense score utilizes an intense bass line that is deep and pounding, delivering a chest thumping experience for all of us bass heads. Dialog is clean and clear of distortions, and the surround channels are made heavy use of with the sound of the forest and rushing streams nearby (as well as the score that I mentioned before). It’s a very VERY nice audio track, and way above the film’s pay grade if you think about it.

Accident is not exactly a film that I can really recommend. It’s disjointed, frustratingly edited, and full of bad writing and direction. I’m not familiar with Dan Tondowski’s other works, but if Accident is anything to judge his efforts on, I would run far away from anything that he’s involved in. The movie plods on, and feels like a 2 hour + film rather than the short 95 minutes it really is. The audio and video is solid for a DTV film, but sadly there are STILL no extras (outside of a few previews) to be found for the movie's physical release (although with how bad the movie is, I'm not sure many people are really begging for deleted scenes and commentaries on how it was made. Rather they're more interested in deleting it from their memory). Skip It