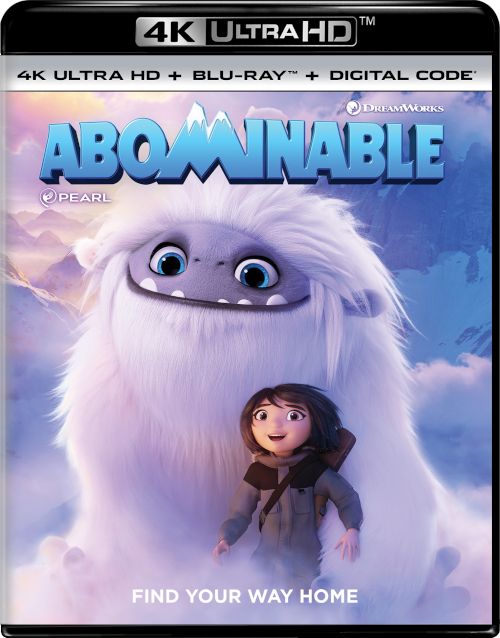 Movie
Dreamworks pictures has long since broken their mold of being a second rate animation company and has been playing with the big boys for quite some time now. Hits like Shrek, Shrek 2, and the How to Train Your Dragon series have catapulted them into the Disney/Pixar ranks almost, and at the very least have solidified them as one of the “big boys” in the animated film department. That being said, Abominable is not one of their greatest hits. Sure it has some adorable characters, beautiful eastern locations and some great animation, but it just is not up there with the better hits that the studio has put out. I really wanted to go see it in theaters (as did my wife who has been begging me to watch it with her for the last week), but some health issues made it pretty clear that I would only be checking it out on home theater this time. It’s a solid movie, but one that’s just lost midst the crowds of other big hits in 2019, and the stereotypical and slightly cliched storytelling keeps it just in the second tier of animation.

Yi (Chloe Bennet) is a grieving teenager in Mainland China who is still suffering from the recent loss of her father. Her mother (Michelle Wong) is worried about her daughter’s seemingly cavalier attitude about the whole thing, but Yi is just drowning herself in odd jobs and side gigs in order to numb the pain and raise enough cash so she could fulfill her father’s dream of visiting some of the great wonders of Asia. The young girl gets her chance when she happens to stumble across a wounded Yeti (Joseph Izzo) and decides to help it back to it’s native home of Mt. Everest (nicknaming the beast Everest in the mean time). 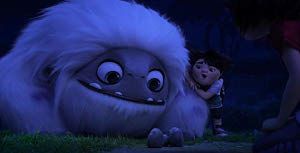 However, Everest is not exactly home free. The maniacal explorer Mr. Burnish (Eddie Izzard) had originally captured the beast and wants him back. Sending his second in command Dr. Zara (Sarah Paulson) to capture the Yeti, the aging philanthropist will stop at NOTHING to get his prey back. Yi, along with the help of her young friend Peng (Albert Tsai) and his cousin Jin (Tenzing Norgay Trainor), refuse to let the lovable monster get captured and put into captivity, and thus set out on an adventure to return Everest back to his home in the mountains.

Abominable is a cute movie for sure, and actually has some really sweet moments. The idea of dealing with a dead parent is rather weighty, but it’s handled with delicate ease and is very relatable for young children, even if they haven’t had to deal with death before. The problems that the movie faces stem from the fact that it utilizes a very stereotypical story with the heroes and the villains turning out exactly as one would expect. The film tries (and generally succeeds at) glossing over a lot of these problems with the stunning visuals and use of exotic Asian settings to wow the audience. It’s a cute experience, and one that certainly is very enjoyable, but also one that is extremely predictable and generic at the same time.

Rated PG for some action and mild rude humor 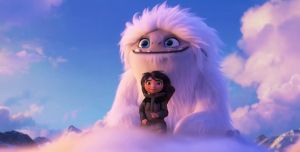 The 4K UHD disc seems to offer a moderate, but not overly noticeable, uptick in quality over the already near reference Blu-ray disc. Comparing side by side won’t net a whole lot of upgrade, but if you look closely you can see fine details like Yi’s mom’s sweater, or the little bits of fur on Everest’s body. The animation style is lovely and gorgeous, but the HDR presentation is just slightly darker than the Blu-ray, but with minimal extra pop and shine from from both colors and black levels. One thing that I DIDN’T notice in the 4K UHD disc is the slight banding near the beginning that I noticed with the 1080p disc. It’s a good looking disc, and mostly because the Blu-ray looked so incredible to being with more than the fact that this outshines the Blu-ray in any huge measurable way. It’s a fine upgrade for the minor clarity boost, but negligible unless you’re being retentive with your criticism.

Universal’s Dolby Atmos track (found both in the Blu-ray and the 4K UHD disc) is quite pleasing, with some nice channel separation and good low end rumble, but doesn’t really max out the Atmos capabilities with the overheads or directionality. I noticed some mild overheads with the use of the helicopters, but most of the time this was really a 7.1 mix with only moderate bass and dynamic range. Chapter 14 shows a stampeded of Yaks that really gets the blood pumping (and shows off the 2 second cameo by actor James Hong), and while the track is full and rich with the music and dialog, it just doesn’t push it hard as some of the other Atmos tracks I’ve heard.

Abominable a cute, charming, cuddly, and really relatable little animated adventure. The only real knock against the film is that it comes out in a time chocked up by other big name titles and having several large name Pixar, Disney and Dreamworks titles eclipse it with better storytelling. That still shouldn’t dissuade you from checking it out if you’re an animated film fan though, as I had a readlly good time with the picture and most of the flaws are just exacerbated by having other excellent films around to compare it to. The 4K UHD disc is a solid looking presentation, with good audio and decent extras.