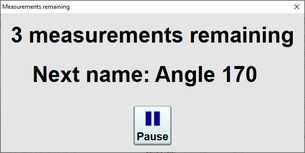 Other changes in this build:

A collection of small bug fixes with a couple of minor tweaks.

Thank you to the folk who have reported bugs or error messages over the last month, it really is very helpful. This build has the following bug fixes:

Continuing to focus on remaining bug fixes ahead of the final V5.20 release, but a few small features have been added:
Bug fixes:

Reactions: chevchevbowtie, thor, Valerii and 14 others

This build is mainly to address a few bugs, but there have also been some feature updates:

The bug fixes are as follows:

Reactions: chevchevbowtie, thor, pinkfloyd and 13 others

Seems like only yesterday I was hoping RC3 would be the last V5.20 release candidate :/. Here we are with RC4 and two more bug fixes:

This is the 3rd and, ever optimistically, final V5.20 release candidate. Feature additions have been kept to a minimum, but there are some:


Several bugs have been fixed: